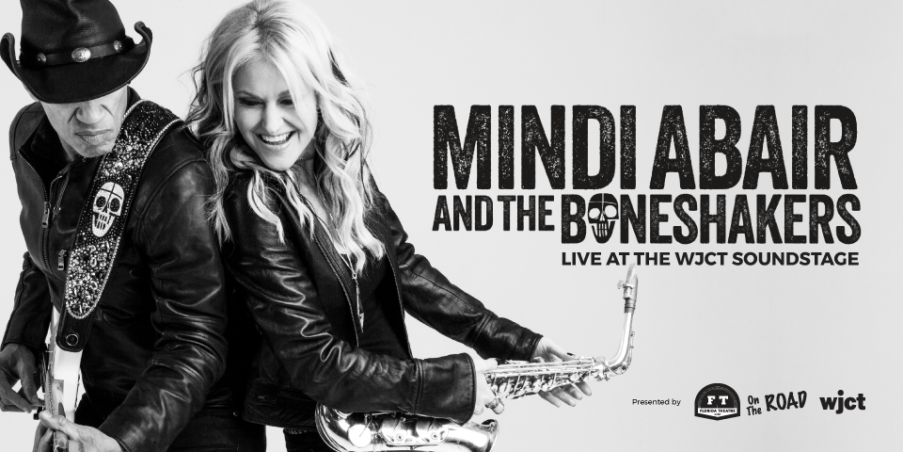 WJCT and the Florida Theatre present Mindi Abair & The Boneshakers, LIVE at the WJCT Soundstage.

Two-time Grammy- nominated Mindi Abair brings blues rock saxophone and vocals to mainstream music with her band, The Boneshakers. As a solo artist she has had six Top 5 records, and her songs “Bloom” and “Be Beautiful” peaked at #1 on the Billboard Contemporary Jazz album chart.

With the Boneshakers, she recorded The EastWest Session, which debut at #3 on the Billboard Blues Album Chart. The band recently won an Independent Music Award for Best Blues Song Fan Award for “Pretty Good For A Girl” featuring Joe Bonamassa. They were also named 2018 Artists of the Year at the Independent Blues Awards.

Their latest album No Good Deed features the songs “Sweetest Lies,” “Who’s Gonna Save My Soul?,” and a commanding rendition of Ike and Tina Turner’s “Baby, Get It On.”

This is a partnership of Florida Theatre on the Road and WJCT. This event will be held at the WJCT Soundstage.

Get your tickets today!