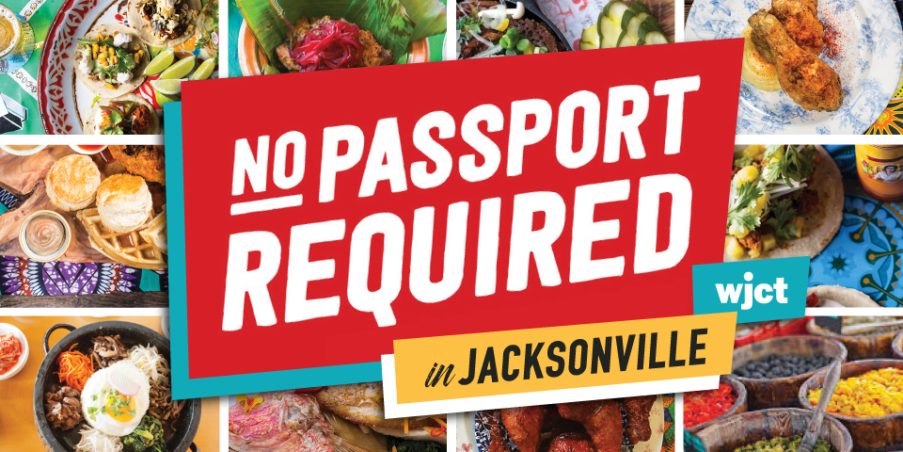 Explore the intersection of food and culture in Jacksonville’s immigrant communities at this engaging community discussion.

Join WJCT for this engaging community discussion about food and its importance to a culture.

For more than a decade, Sel and Angie Buyuksarac have welcomed guests into their home for dinner during the month of Ramadan. In 2019, they welcomed more than 300 guests over 24 days. Sel and Angie moved to the United States and Jacksonville in 2002. Sel is the co-founder and Chief of Public Affairs and Government Relations for the River City Science Academy with four campuses and over 3,000 students. Sel serves on numerous boards and organizations volunteering his time and giving back to the community he loves so much.

Influenced heavily by her mom’s Javanese cooking, Intan grew up in Bali, where the fresh herbs and spices of the island shaped her cuisine. Intan’s Kitchen & Bakery specializes in made from scratch baked and steamed cakes and confections as well as savory curries, satays, croquettes and other Southeast Asian classics utilizing sustainable and, wherever possible, local ingredients to recreate the flavors of her Indonesian childhood.

Abla immigrated to the U.S. from Ramallah, Palestine at age 15. She’s perfected the art of cooking traditional Palestinian dishes since she was 12 years old, learning from her mother and grandmother. Some of her recipes are generations old – some of which measurements are not clearly stated and says, she wouldn’t even attempt to change anything about them, while others she has tweaked just a bit over the years. Abla has 4 children, 12 grandchildren and 8 great grandchildren.

Aileen immigrated to the U.S. from Ramallah, Palestine at age 9. She’s been cooking since childhood, learning from her mother. Her recipes were passed down to her from her mother and grandmother and are generations old as well. She loves to cook for her family and friends. Aileen is the mother of two grown sons, and grandmother or Tata in Arabic, to 5 grandchildren.

Dr. Leslie G. Kaplan, Director, Hicks Honors College at the University of North Florida, holds degrees in literature and folklore from Tufts University, Oxford University and the University of Pennsylvania. In 2011, she created partnerships between UNF and Jacksonville’s refugee resettlement community to connect students and families who arrived in the US as refugees. She works closely with the grassroots organization Welcoming America, and local nonprofits that support families who arrived as refugees like Kim’s Open Door and Beyond90 to make Jacksonville a more welcoming community for immigrants and refugees. She is involved with several other community organizations focused on education, culture and community, diversity, and local food including CISV, OneJax, and Slow Food First Coast. She has been teaching classes on food and culture since 2003 and has done research on creating healthy food communities in schools.

As a food photographer and a second-generation Filipino-American, Agnes Lopez wants the next generations of Filipino-Americans — and all food lovers! — to see and taste the rich and delicious culinary culture of the Philippines. Agnes established the JAX Filipino Chefs campaign to highlight the incredibly skilled and accomplished Filipino chefs of Northeast Florida. She worked with filmmaker Eric Torres, directing a documentary about the Filipino chefs of Jacksonville and their food.

Tickets are FREE, but space is limited.