Surfer Blood drop back into Jacksonville with something old, something new 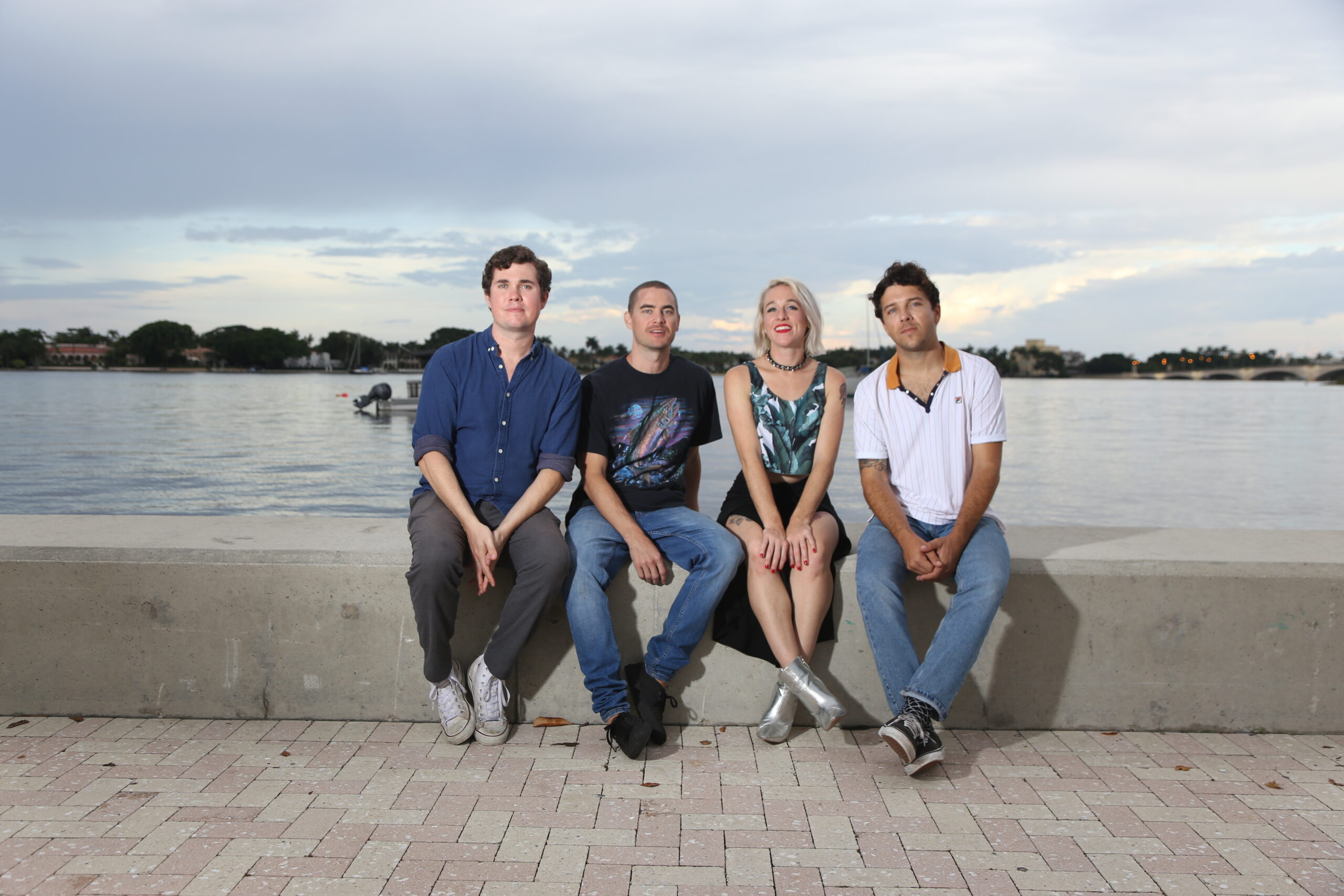 While Surfer Blood’s latest album plays like a possible rumination on the past, the band is hardly caught in the undertow of a wave of nostalgia.

Released in May of 2020, Carefree Theatre is a solid offering from the West Palm Beach-born band that has enjoyed a decade-plus of critical acclaim and rabid fan adoration. The 11-song collection contains the certain hooks and reflective lyrics that are arguably now expected of singer-songwriter John Paul Pitts. Within the same year, the band also released a deluxe 10th-anniversary reissue of their debut album Astro Coast, and a 10″ vinyl EP, Hardboiled.

That is a lot of music to be heard, with any plans for touring affected by the universal pause button of the global pandemic. Like the rest of the countless bands hoping to get in the touring van, Surfer Blood, featuring founding members Pitts (lead vocals/guitars), Tyler Schwarz (drums) along with Mike McCleary (guitars/backing vocals), and Lindsey Mills (bass/backing vocals), were left idling in park.

“It was rough. I mean, we knew it was serious when they canceled South by Southwest in 2020,” says Pitts, from his home in West Palm Beach. “And that’s when I knew, this is going to be a really, really serious thing. But the pandemic didn’t affect us as it did so many other people, so I can’t really complain but it was definitely weird.”

“I’ve always seen us as a band that seems to like very bittersweet songs. I think that if you only heard our singles, then you would probably get a very different impression.”

Once Surfer Blood could safely hit the road again, they opted for the “Black Flag 1983” approach: 35 shows in August of this year, traversing from Florida to Washington State. Incidentally, all within a month that only contained 31 days.

“Well, for one, there’s no easy way to get out to the West Coast. It’s a big country,” Pitts laughs. “And we wanted to hit all the spots along the way. And I think we covered a lot of bases. And I think there’s just like a lot of pent-up energy, just you know, everyone’s been doing live streams for about a year and a half. It was really, really amazing to play in front of a live audience. I could tell it had been the first concert that many people had seen in over a year, and I forgot how much I loved it. I think before the first show, it was the most nervous I’ve ever been. Because I wondered, ‘Do I even remember how to do this?’ and two songs in and the muscle memory clicked in.”

The band are all vaccinated and Pitts explains that audiences usually masked-up for the gigs. “We took all the precautions possible. But, you know, at the end of the day, you have to put your feet back in the water at some point.”

Recorded prior to the pandemic, Carefree Theatre is an evocation of many things, including the background setting of a metaphorical ghost of a literal place.

“Why can’t you have this one special thing? To keep it going, you know? Like, what’s wrong with us?”

“If there’s a concept for this album, it’s vague, and kind of hard to describe. I think there’s sort of like a coming home theme, a full-circle theme.” Located on Dixie Highway in West Palm Beach, from 1939 until its closure in 2005, the actual Carefree Theatre had been home to an ice cream parlor, laundromat, movie theatre, even a bowling alley. When Pitts was growing up, the theatre featured performances by touring bands in the ‘90s, an era when the itineraries of many national acts still omitted Florida altogether.

“I saw Henry Rollins do a spoken word thing there and a great early show by Wilco, along with Florida hardcore and metal bands,” says Pitts. Since its closure, the Carefree Theatre is now in the digital graveyard of the site Abandoned Florida, an entertaining and poignant collection of places weird, wonderful, and emblematic of the develop-or-die nature of the Sunshine State. “So, when it closed, it was kind of sad. Because why can’t you have this one special thing? To keep it going, you know? Like, what’s wrong with us?”

The past aside, Pitt’s skills are in top form. He continues to combine minimal-albeit-catchy guitar hooks with pensive, questioning lyrics that forgo cold rhetoric for suburban romanticism. Songs like the title track, “Rose Bowl,” “Unconditional,” and “In the Tempest’s Eye” seem to address a kind of looming loss, or at least, a letting go.

“I’ve always seen us as a band that seems to like very bittersweet songs. I think that if you only heard our singles, then you would probably get a very different impression,” he laughs. “I think this new record has a lot of depth. We really didn’t overthink the writing and recording process at all. There was very little thought given to having a two-and-a-half-minute single. I think this could be heard as a poignant record but it was not a painful record to make.”

After three albums on Sire Records and then another on Joyful Noise Recordings, Carefree Theatre also finds the band returning to the original label that signed them: Brooklyn, New York’s Kanine Records.

“In 2009, we signed a one-page contract with [Kanine]. And, you know, obviously things got really crazy after that for a long time. But there’s just sort of a feeling of doing that again, in a way working with basically a handshake deal with people that we’ve known for a long time and self-producing our records and all of that that feels like it’s been a long arc that turned into a circle at the end.”

Traditionally, Pitts’ songwriting has focused primarily on the politics of relationships, navigating both the romantic and the interior ones. But the new album includes the song “Parkland (Into the Silence),” a haunting track that addresses the barrage of American gun violence. Located just down the coast from Pitts’ hometown, Parkland was the site of the 2018 mass shooting at Stoneman Douglas High School: 17 were killed, 17 were injured, and in the counter clock-consciousness of America’s relationship to firearms, the tragedy—the deadliest high school shooting in U.S. history—featured the parallel screams of “less guns/more guns.”

Infuriated by the massacre and ongoing carnage, within a month a group of students from the high school organized the March for Our Lives. Held in Washington, D.C., an estimated 1-2 million people met and protested at the nation’s capital.

“As a songwriter, that was very scary territory for me. What happened was such a tragedy. And I wanted to say something about it, because I remember as it was all occurring, there was this immediate activism from the students at the school,” explains Pitts. “And I just remember thinking to myself, ‘I was not that brave or that organized when I was that young.’ I guess maybe it takes something that horrible to make people come together and do something.”

“Florida just seems to get a bad rap and since I am from here, I get tired of explaining that this place has some great people and great things happening,” Pitts continues. “The kids at Parkland and their activism are one of the few moments where I’ve been like, ‘Well, I’m really proud to be from this place.’ I think the most honest way to come at that was to write a song about how much I admire that spirit. I’ve never had to endure anything like that. But, you know, those are, those kids are very, very impressive. And I had to write a song just about how much I admire that.”