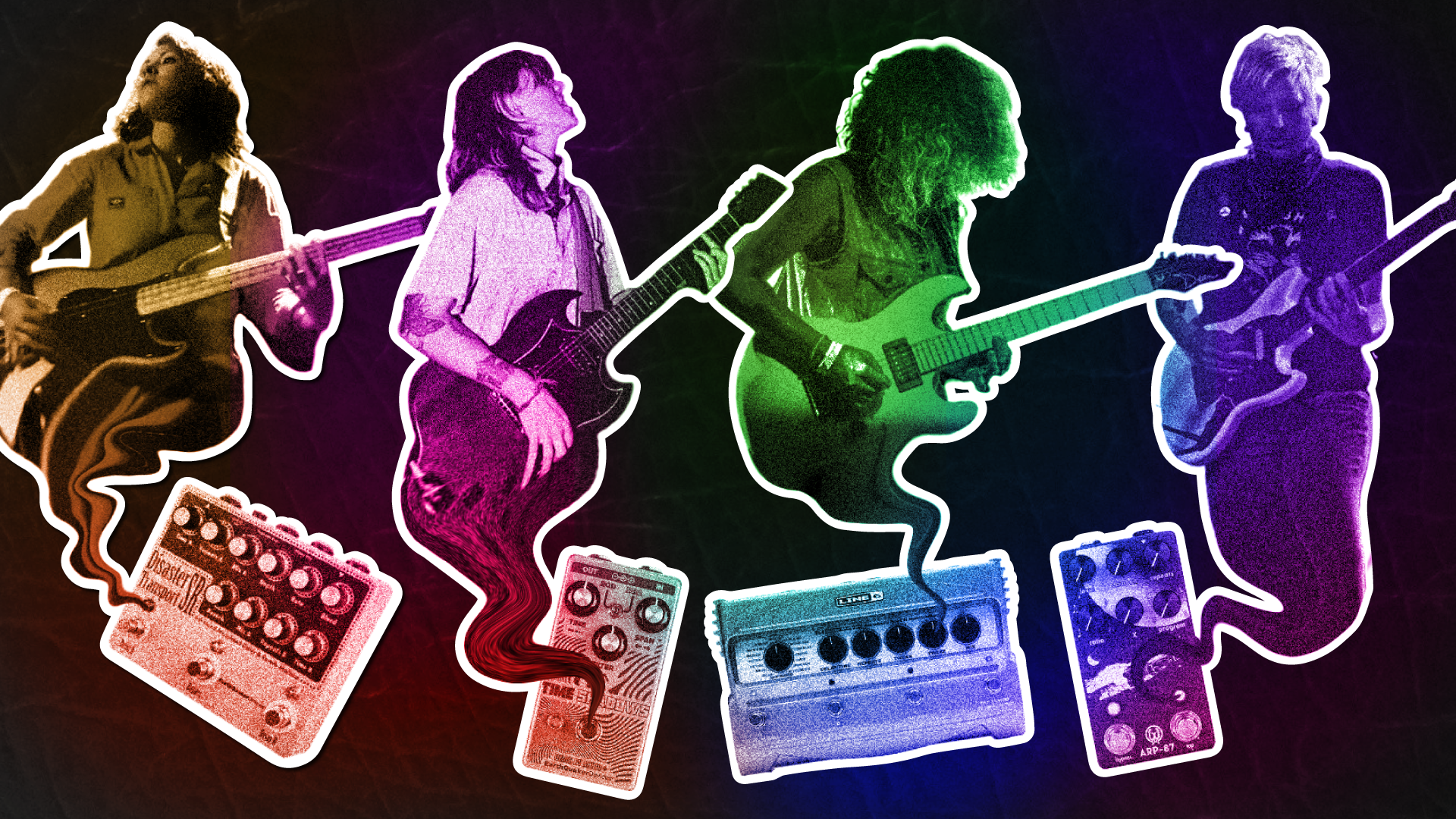 In April, online music gear retailer Reverb released the full-length documentary The Pedal Movie, which chronicles the prevailing influence of effects pedals on popular music. Featuring interviews with famous pedal aficionados including J Mascis of Dinosaur Jr., My Bloody Valentine’s Kevin Shields, and Nels Cline of Wilco, as well as many of the most prominent pedal builders working today, the film bills itself as “the most comprehensive look” at the history and impact of pedals.

And it’s certainly a deep dive. In theory, the guitar-gear-as-documentary-topic runs the risk of being too esoteric for mainstream consumption. In the deft hands of the team at Reverb––a company that has built its reputation on informative and user-friendly reviews of complicated pieces of equipment––it makes for a highly engaging discourse, even for casual music fans who may identify as tone deaf.

The Pedal Movie‘s website, meanwhile, is a trove of extras, some of which are as compelling and integral to the story of effects.

An eight-minute short called Where Are the Women Pedal Builders? looks at how a handful of builders, including Fran Blanche of Blantone, Julie Robbins of EarthQuaker Devices, Aisha Loe of Loesounds, and Devi Ever of Devi Ever: fx have helped turned the tide on what has long-been a male-dominated culture, ushering in a more inclusive community of pedal enthusiasts.

That insular, bro-culture is far-reaching, as Jacksonville musician Stacey Bennett told me: “No one ever asks women about guitar rigs.”

Bennett, a talented guitarist who plays music under the nom de plume Folk Is People, remembers encountering this mentality the very first time she went to purchase a guitar.

“I was 14 or something and the guy at the counter said, ‘Well, do you know what size strings your boyfriend uses?’ And again, when I was 20, I applied to [musical instrument retailer] Sam Ash [Music] and the manager told me, verbatim that they don’t hire women to sell guitars.”

“No one ever asks women about guitar rigs.”

With The Pedal Movie now available for streaming, we thought it’d be fun to ask a few Jacksonville-based guitar heroes to answer the following question: What’s your fave effects pedal and why?

The answers were not as easy to come by as one might think, as artists tend to develop a deep-seated affection for effects. Of their brood, here’s which child they told us they favor.

“It’s just super clean and it has a lot of cool features on it. If you’re into shoegaze and getting wild reverb effects then she’s the way to go.”

“This is a tape echo pedal that is extremely diverse––from a simple slap back to trippy, warbling echo and, of course beautiful feedback loops for days. Plus, it has a nice, subtle onboard reverb.”

“Choosing a favorite effects pedal is quite the feat! I will say my most interesting pedal is the ARP-87 by Walrus Audio. This is the pedal I mess around with just for fun. It is incredibly versatile for any style of music. It features four main delay algorithms (Lo-fi, Analog, Digital and Slap) and a super secret fifth algorithm which I discovered on accident once and thought I had broken the pedal. One of the many cool things about the ARP-87 is the X knob. It changes its function depending on which algorithm is chosen by either adjusting filter width or modulation depth. The two settings I favor the most when performing live are analog and digital. Analog is great for adding texture and depth to rhythm parts and I usually pair that with a light distortion and reverb. For stand out riffs and lead parts, I use the digital algorithm as it is a clean and juicy echo party.”

“Right now my favorite pedal is the Time Shadows collaboration between Death By Audio and EarthQuaker Devices. On one side it’s an octave-fuzz delay spit through an envelope-controlled low-pass filter. The other is a multi-delay filter that morphs the sound in all sorts of ways. In their words, it sounds like a ‘jazz space bazooka.'”

“I’m afraid I’m elementary when it comes to pedals and things of that nature. I’m kind of a purist. I guess and have never gotten too heavy into that stuff. However, when I was playing more electric guitar in bands pre-pandemic, my favorite pedal on my board was my MXR Micro Amp. Just adds extra punch that always made me feel powerful. Also, if bass counts but my favorite bass pedal was my [Electro-Harmonix] Big Muff. It always satisfied my grunge rock needs.

“My favorite pedal for versatility, and I guess staying power because everyone I know has had one, has got to be that Line 6 green delay modeler pedal. It allows you to do short guitar loops as well as reverse. And its affordability makes it more accessible than boutique pedals.”