Buckets of (Making it) Rain 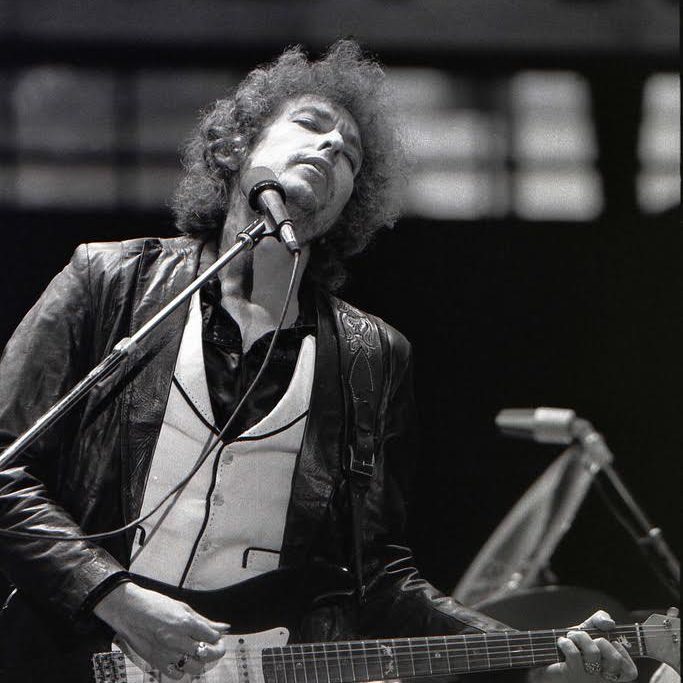 While the $69 million earned by digital-artist Beeple’s Non-Fungible Token (NFT) mosaic (in JPG format no less) at a Christie’s auction in March threatened to turn the visual arts world on its head, the music world was seemingly turned on its ear by another sale in December. No stranger to defying expectations, the famously enigmatic Bob Dylan sold the publishing rights to his entire catalog, a genre- and decade-spanning index of music of 600-plus songs, for a reported $300 million.

Dylan’s sale was the latest in a run on the publishing rights of legacy artists. Stevie Nicks and Neil Young both sold portions of their catalogs; Nicks to a company called Primary Wave Music and Young to Hipgnosis Song Fund, a U.K.-based investment group. Hipgnosis (which cribbed its name from the English design group responsible for dozens of recognizable rock album covers) burst onto the London Stock Exchange in 2019 with $1.5 billion in gross equity capital and has spent more than $600 million acquiring the publishing rights to more than 44,000 songs from artists like Young, Blondie, Chrissie Hynde, Rick James, and Barry Manilow, according to the New York Times.

Like NFT’s, another weightless artful entity, music has seemingly entered the realm of ownership trading. The recent run on publishing rights––and the eye-popping dollar figures they garnered––isn’t simply an example of artists cashing in on clout, it marks a consequential shift within the music industry.

But what does it mean when an artist sells the rights to their music? Why are song catalogs suddenly attractive to private equity? And what does Bob Dylan’s blockbuster deal mean for the future of the recording industry?

Who owns a song, anyway?

In order to understand why a music catalog might be a solid long-term investment, it’s illustrative to talk about how a song can be owned. The rules of ownership in music are unique. Songs are broken up equally into two types of copyrights; master recording and publishing, the two are often referred to as sides. Publishing refers to the copyright that covers the music and lyrics (also commonly called melody and lyrics). The copyright that covers a particular recording of that music and lyrics is called the master recording or master.

You’ve probably heard of disputes between artists and their labels over who owns the masters of an album. The recent and much-discussed decision by Taylor Swift to re-record her hit records stemmed from the pop artist’s inability to acquire her masters  from producer Scooter Bruan, who’d sold them to a private equity company in 2020. Typically the label owns the masters in return for paying a recording advance to the artist. But many savvy artists have negotiated contracts that allow them to retain the rights to their masters.

How does a song make money?

Regardless of who owns the master, the use of a song on a television show, in a movie, or a commercial requires permission from both the master recording owner and the owner of the composition. In other words, the artist still holds the keys to whether a song is allowed to be used to sell that pickup truck.

For commercial use, a brand or agency will pay a licensing fee for both copyrights in order to use the song to sell their product. It’s an upfront one time payment determined by a number of factors including: royalty rates, the span of the advertisement, and how much money the company stands to make on the product being sold.

A licensing fee is different from royalties, the other way a song makes money. Royalties are earned on the backend. The owner of the master recordings––again, typically the label––collects recording royalties, earning revenue every time a song is physically bought, downloaded or streamed.There are also digital performance royalties collected every time a song is played on HD radio services like Pandora or Sirius FM.

The artist, meanwhile, collects mechanical royalties and performance royalties. These revenue streams were put in place to protect the intellectual property of songwriters and to make sure this type of property generated as much revenue as the recordings physically sold. Basically, the song makes money every time the composition is played. Interactive music streaming services like Spotify and Apple Music, pay both performance royalties and mechanical royalties since a stream constitutes both a public performance and a mechanical reproduction of a composition.

So how does Spotify pay artists?

Spotify, meanwhile, is a different beast altogether. The popular streaming platform, which collects a monthly fee from more than 150 million premium subscribers each month, operates on a pro rata system, and pays an arguably paltry amount of its revenue to independent artists. Especially when compared to someone like Beyoncé, whose top five songs have together racked up over 2 billion plays at the time of writing.

Currently Spotify adds up the total number of plays from every song on its platform and then cuts checks based on the percentage of streams an artist has overall. This means that as a Spotify subscriber, your money most likely goes to bands and artists you’ve never listened to. There is an urge for Spotify to move toward a “user-centric” model, which would see the $9.99 subscription fee go towards paying only the artists each user has listened to.

As you may have gathered, there is a plethora of potential revenue for every song in a catalog, but it’s a bit of a maze to navigate.

Why Sell? Why Buy?

For most independent artists, streaming does not pay a reliable income. Ironically, commercial use can be more lucrative. In the past two decades, as sales of CDs and full-length albums have declined, an increasing number of artists have signed publishing deals, which, on top of generating advanced payments for artists, look to secure opportunities for commercial use of their songs. Brands and ad agencies often seek out underground music, which is more affordable than music from legacy artists like Bob Dylan. Publishing companies find these opportunities for artists in return for a percentage of publishing ownership.

Given this new paradigm in the music industry, Dylan, Nicks, Young and other legacy artists––who benefit from both the top heavy streaming revenue distributions and higher licensing fees for their famous songs––were sitting on gold mines. Their decisions to cash in were likely multifold: the cluster that collecting royalties can be, preparing for the inevitable and streamlining their estates for their families.

For Dylan, whose songs are endlessly covered, recovered, licensed and streamed, it could become a burden for his heirs to maintain without being exploited in the meandering maze of the music business. The risk of course is that Dylan’s catalog ultimately would be worth more than what he received, but the pros are that he has the peace of mind of choosing who gets to control the copyright of his work, the income only gets taxed once, and, should civilization fall and streaming is rendered obsolete, he has $300 million.

What does all this mean for artists moving forward?

Only time will tell. With Hipgnosis Song Fund leading the charge, we may start to see more artists selling their publishing to investors as a way to cash out and gain more security. There are certainly creative ways artists could leverage themselves given this new playing field. With a pandemic not even in the rearview, a lot of musicians who rely on touring for income may see this as an opportunity for long-term sustainability.

For artists with less clout––and fewer ear-worms and routinized shower-time melodies––the new paradigm could hinder future opportunities, as the catalogs of legacy artists are pushed more prominently for commercial use. Worst-case scenario: bringing in additional well-capitalized, publicly-traded players into the fold accelerates inequality in an already top-heavy music ecosystem. But hey, at least it’s not oil.

In this article: Bob Dylan, hipgnosis, licensing, royalties and Spotify