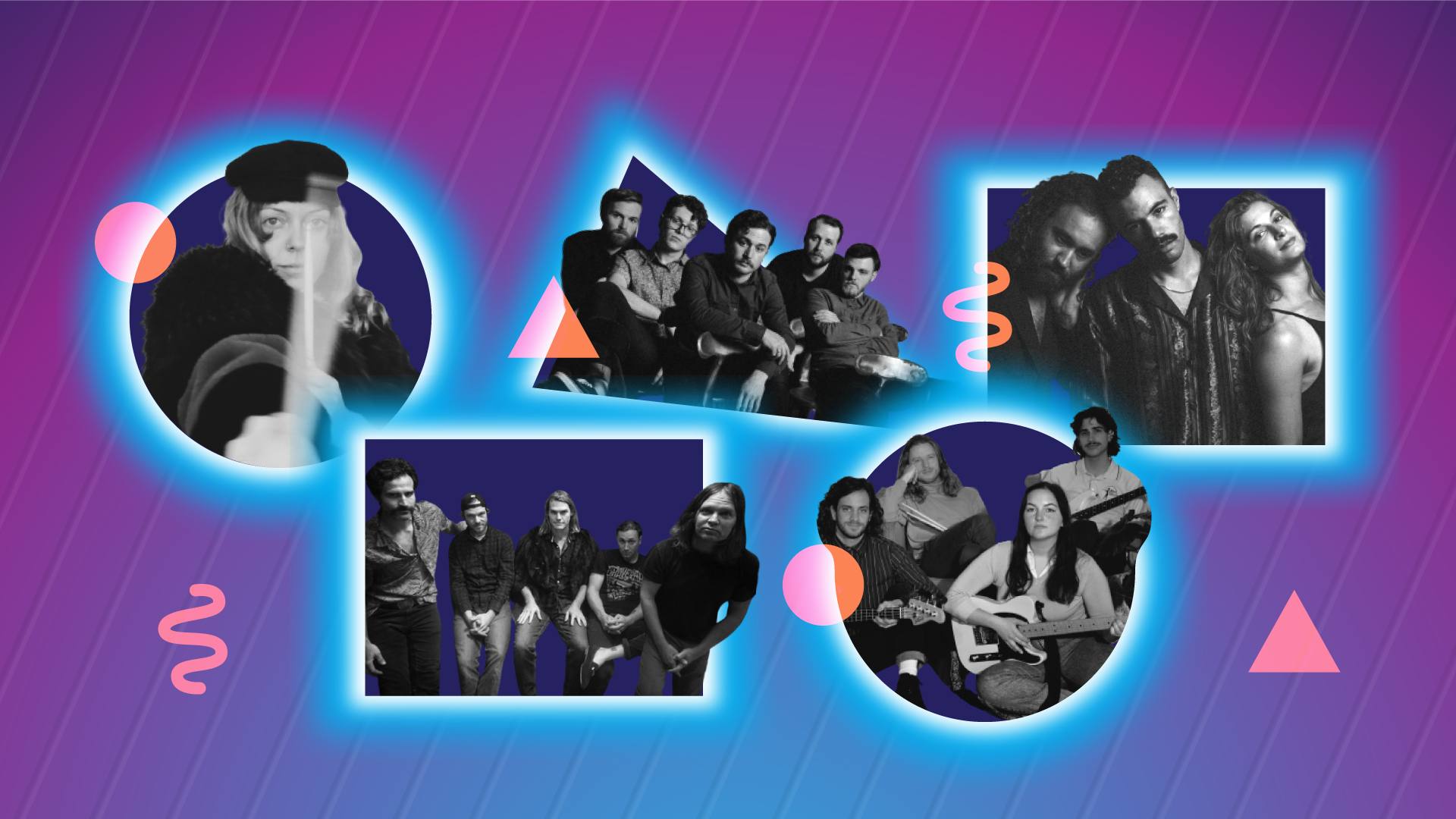 In the early 1960s, rock n’ roll infiltrated the suburbs, kicking off a decades-long run in which drums-guitar-bass-centric sounds dominated the charts, album and ticket sales, Top 40 radio and the youth-culture milieu in general. Rock n’ roll grew up (kinda) over the years, transformed into rock, then faded after its mid-70s peak, in some ways supplanted by other emerging genres. More often, though, rock was subsumed by each subsequent wave of sonic progression.

Whether garage or chill wave, prog or shoegaze, funk or proto-punk, post-punk, or pop-punk, it was all only rock n’ roll.

While rock is certainly not the cultural locus it once was, today’s indie rock artists borrow as much from Chuck Berry as they do from Joy Division. Often the only thing keeping the artists in solidarity (or loose alignment) under the term indie rock, ends up being their presentation as a band making use of drums, bass and guitar, (even if they rely on digital imitations of those instruments).

Jacksonville’s indie rock scene reflects both the historically disparate tones of rock n’ roll, as well the genre-aversion shared by most of today’s most popular acts. Here are five bands from the scene you should know about.

A trio offering a refreshing twist on the recent resurgence of dusty Western Americana, Dust Fuss brings spooky desert glam to the fold. Coupled with just-weird-enough songwriting, frontwoman Taylor Olin draws on a background in theatre to create enthralling live shows. Energetic and garage-esque in its lo-fi production, Dust Fuss’s music is both familiar and new. The group’s debut “I Don’t Even Know Her,” self-recorded and released by Olin, is a romp about small towns with a fun, clever refrain that tells a story without revealing too much. Hailing from St. Augustine, the trio has decorated many a local haunt with their twist on rock n’ roll. If you ever get the chance to catch them live, do it.

The voice of Anna Lester leads the listener through Bobby Kid’s material; two full EPs and a few singles at this writing. The group’s jangly, lo-fi approach fits neatly into the contemporary indie mold, but Bobby Kid shares a fair amount of its sonic DNA with early ‘90s bands like Throwing Muses and Tsunami, with a bit of the dissonance one might expect from Velocity Girl. Lester’s vocal style seems ready-made for remixes, of which there are surely some coming. She and guitarist/producer Taylor Neal, bassist Phillip Hess and drummer Brian Lester founded the band in 2017, introducing the seven-song EP Peach in 2018. Most recently, the group released the double-side “Blue”/“Dissonance” on 7” vinyl to much local fanfare. Early versions of these songs can be found on 2019’s Demo Tapes; everything is available online. More to come, no doubt, and the sooner, the better.

The self-described “genre-agnostic” trio The Young Step have made some giant strides since their 2015 formation in St. Augustine. Over the course of a full-length, two singles, and videos, the band––Ben Whitson (vocals, guitar), Micah Gilliam (guitar, keys, vocals), Lauren Gilliam (bass, vocals, guitar)––celebrates their allergy to being branded, ampersanded, and codified. A vintage AC/DC dirge riff shifts into a Gang of Four art-funk break; a four-on-the-floor indie stomper is trailed by an ‘80s-synth jam that is so disturbingly convincing that it plays more like full-blown Thomas Dolby possession than giddy neon pastiche. This kind of fractalized music consciousness all adds up, considering The Young Step are more likely to name-drop their love of Terence McKenna and Alan Watts than talk about bootlegged Logic Pro X plugins.

There is a rare talent in being a constant in Northeast Florida. Local powerhouse quintet Darkhorse Saloon has managed that feat, and seemingly stayed fresh for every show. With its current lineup––Michael Fitzgerald (guitar, vocals), Jason Hoey (guitar), Mitch Mullaney (bass), Carl Nishiyama (drums), Matt Phillips (guitar)––the Saloon boys attack the stage with the wisdom of a 1980’s hardcore stalwart coupled with the go-for-broke bravado of a contemporary noise-rock outfit. The group’s sonic punch is best enjoyed live. Yet the Fitzgerald-penned “Robert” from 2018’s Moth does manage to capture the live energy the group is known for. Big and burly but still melodic, “Robert” is a high speed chase down a dark highway at night, with the lights turned off… just for fun.

When Modern Violence released its debut single “Welcome Home” in 2018, not only did the self-professed “indie-emo” quintet sound polished, the group seemed to have emerged fully-formed; far from chasing an ethereal sonic imprint, the group seemed to have achieved its desired dynamics, artfully blending crunchy, melodious and unvarnished indie rock fare with emotionally raw energy. The group’s 2020 EP About Bravery was, locally at least, one of the most resonant and apropos releases of the pandemic era, featuring singer and rhythm guitarist Jesse Brantman exploring courage, masculinity, and other character-linked expressions vaguely defined in our shifting and ethically obtuse modern world. Throughout Bravery, Brantman does his best to square those notions with a kind of moral compass born of actual experience, literally screaming existential questions above the fog of the group’s multi-layered atmospherics.