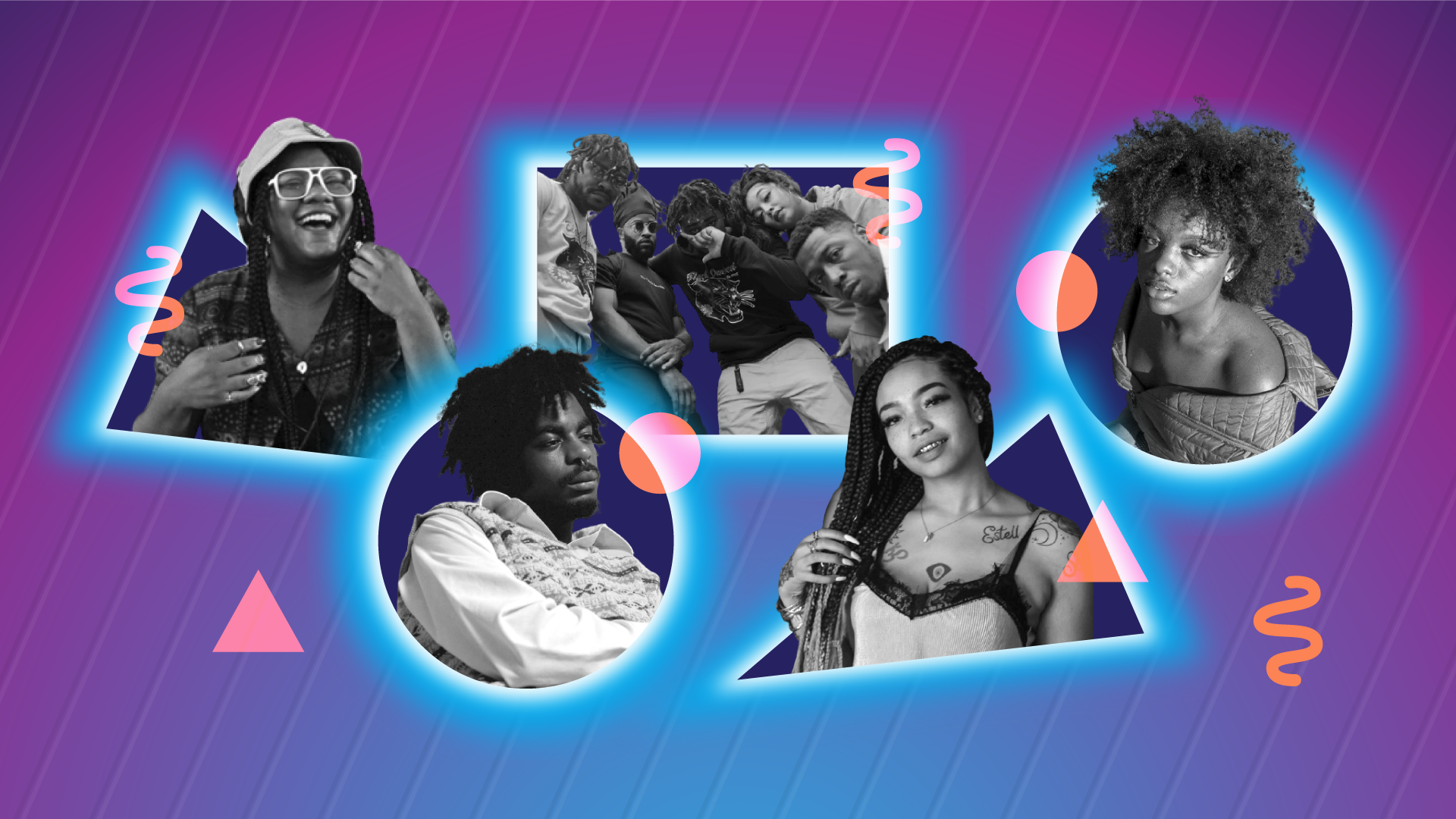 Hip-hop has been the lifeblood of Duval’s music scene for decades. From Northeast Florida-bred producers Jay Ski and C.C. Lemonhead bringing Miami Bass to the masses as the Quad City DJ’s in the early ’90s to hip-hop aesthetes Willie Evans Jr., Jay One-Da and Basic holding down the underground sound as Asamov in the early aughts, Jacksonville holds a historically important place in the history of hip-hop.

Today, while pillars of the Duval scene like Ebony Payne-English, Mr. Al Pete and the Full Plate Fam continue to carry the torch, a new generation of artists has emerged, taking the already eclectic Duval sound in new and interesting directions.

Just as in decades past, the hip-hop well in 2021 is a deep one. For those not sure where to dive in, Jacksonville Music Experience contributors put our heads together (and bobbed them, of course) to identify five emerging hip-hop artists you should know. While these artists are surely near the front of the queue to take the throne, this list just scratches the surface.

To dive deeper, hit play on our Duval Hip-hop Primer Spotify playlist at the bottom of the page.

Since consolidating their individual powers in 2018, the League Of Vibrant Energies, AKA L.O.V.E. Culture has emerged as a kind of project-based avatar for the collaborative verve taking hold across Northeast Florida’s music landscape. Fronted by five individualists–Spirit, Easyin2d, Flash the Samurai, Rob Mari and Che Forreign–each member of the collective brings his or her own unique skill set to LC’s brand of progressive, open-minded hip-hop, moving as one even as the group’s sound morphs from warbly electronic productions to more jazz rap or underground-hip-hop-style samplings; each artist taking center stage, but also falling in line in support of one another.

Still in her early twenties, Aalana displays a penchant for bravery and honesty in her lyrics that’s beyond her years. It’s no wonder: she’s not new to the game; Aalana started rapping when she was barely seven-years old, after her first-grade teacher introduced her to poetry. In recent years, she’s been showcasing her talents on Duval stages, alongside her group Link Up! and management team Luxe Street Co. Aalana’s music reflects her spirit and life as a Black woman navigating tough times and having to make what she describes as “big chops” on her sophomore album Waiting Words. Delivering bars tightly, smoothly and effortlessly over 90s-hip-hop-influenced beats, Aalana reps the 904 to the fullest.

In both style and tone, Nasyae’s music puts the listener in chill mode. Her 2018 tune “First Impression” is an introspective take on a blossoming attraction. Deploying her share of sugary, lovestruck lyrics, Nasyae doesn’t dance around the confessional. But listeners shouldn’t confuse her vulnerability with softness. She’s here to speak the truth. And she goes hard.

Whether through default or design, hip-hop mystery man Yellow Steve seems neither here nor there. He is remote to the point of diffusion. Counter to the bling-and-blunted desires of lesser millennial rap artists, at just-barely aged 21 Yellow Steve surreptitiously drops a new offering and vanishes. But when he manifests works, they demand a listen. Spoken word, cryptic found recordings, blurred trumpet, stark beats and ascending ‘70s soul-glimmer create a weird fusion that shines similarities on artists as disparate as KRS-One and Throbbing Gristle. When you dig into Yellow Steve’s chasmic music, be sure you can climb way back out.

Geexella is a non-binary queer recording artist, DJ and community organizer that rides the line between pop, rap and hip-hop. Their latest single “We Don’t (she said)” was recorded locally at Friends of Friends studio and blends dream pop with bedroom hip-hop. It’s no wonder Geexella is capable of fusing together genres; their musical taste is almost as eclectic as their skillset. And they’re certainly an artist to keep your ears on, as they’re clearly just warming up.

Clearly Jacksonville hip-hop is a deep well. Not sure where to dive in? Click play on our Duval hip-hop Primer playlist below.