Watch | La Luz “In the Country” 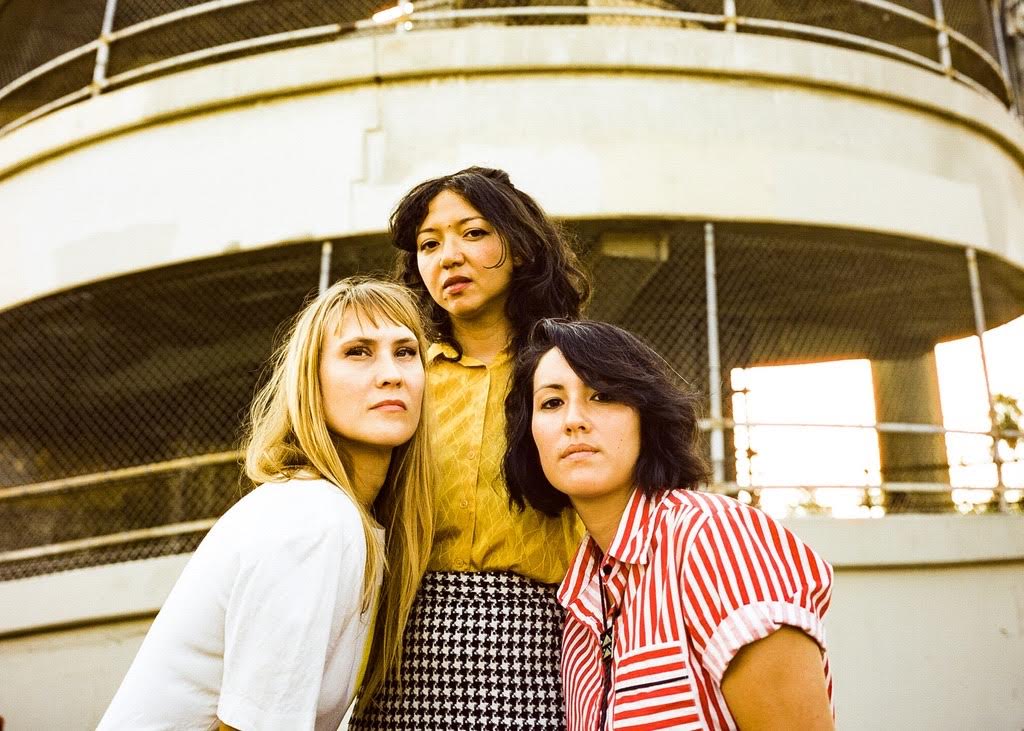 In the 2010s, then-Seattle-based La Luz burst onto the national scene as perhaps the best of the bunch of several top-notch reverb-heavy surf revivalists. While they were lumped in with a rather diasporic grouping of bands hailing from the Pacific Northwest to the Sun Belt, La Luz’s brand of intricately woven sounds, haunting harmonies undergirding guitarist and lead vocalist Shana Cleveland’s brooding poetry and downright mean musicianship, positioned them as probably the most dynamic, and certainly the most interesting of the new wave.

The group (Lena Simon-bass, Alice Sandahl-keys, and Cleveland) has returned with its first new material since the release of their highly regarded 2018 full-length Floating Features. The new song “In the Country” and accompanying video reflects a more bucolic temperament, which is fitting since, just as the surf-y sounds championed by the band spread across the US, the members of La Luz also fanned out individually.

“I moved to the country a few years ago after living in cities for most of my life,” Cleveland said in a press release for the new song, which is out on Hardly Art. Cleveland’s 2019 folk-centric solo release Night of the Worm Moon in some ways foreshadowed a more Arcadian approach adopted by the group as a whole. “Being out in the middle of nowhere makes it easy to imagine how it would be possible to leave society all together.”

Cleveland recently moved from the dense urbanity of Los Angeles to a more rural setting. Simon moved to the sprawling Southern metropolis of Jacksonville in 2017, where she runs a recording studio in Springfield and co-produces live shows and events under the Winterland Presents banner.

Far from some baroque redirection (á la R.E.M.’s Out Of Time), “In the Country” is rustic in mood rather than execution; no mandolins or other antiquated members of the lute family were deployed in the song’s making. Rather, “In the Country” sounds like a band comfortable enough with its sonic toolkit to use it to mine new territory.

Cleveland notes how the electric-driven arrangement the band landed on for “In the Country”––which includes synthesizers, fuzz, effects, etc.––ended up feeling biotic rather than inorganic. “I can hear bugs buzzing around and bird sounds in different directions.”

La Luz has always been deft at finding, and staying in, the pocket––a compliment in the surf world, in which, as First Point Malibu pillar Jimmy Gamboa says: “The pocket is all powerful.” And though the band may be traversing more wide-open spaces, on “In the Country” they’ve arrived at a cozy, well-appointed cabin.

Click play below to watch the video for “In the Country,” which was directed by Simon.