Think you know another emerging hip-hop artist that is “on fire.” In 90 seconds, Jahny Steel will burn them down. 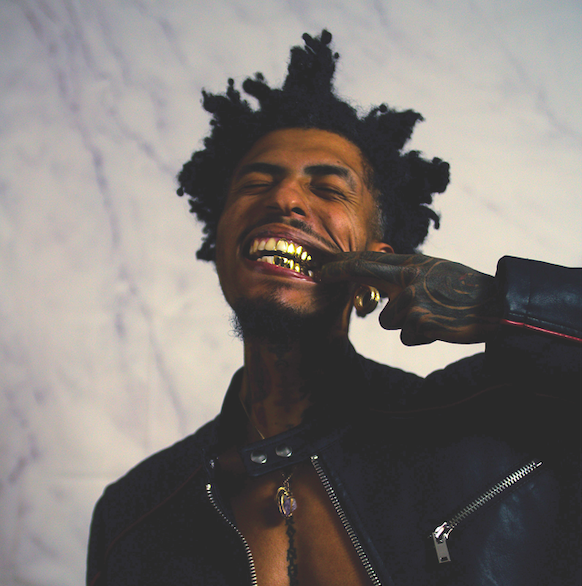 Less than six months ago, Duval hip-hop artist/poly-auteur Jahny Steel released the single “Stick Up Kid.” In less than three minutes, he delivered a tale of a marauder with uncertain intentions, embedded in a production of basscore wobble and 420-schizo rhythmic clack. Arguably the underheard 2021 spring jam, “Stick Up Kid” only benefitted from Steel’s self-produced video clip that is an arcane mix of laser-bore sightings, smoke, and samurai mysticism.

New season, new songs, new album, and “Insecure” and its accompanying video finds Steel honing his approach. Over a cryptic soundscape pivoting around a jazzy-doom riff, Steel drops the manic BPM thump of “Stick Up Kid” in half.

The video is as inscrutable as Jahny Steel’s overall style: he soaks in a bathtub smoking a blunt, tile walls plastered with old newspapers, as he mans the phones for the 1-800-MISTER9 hotline. A single from his latest Mister 9, a 14-song full-length that gets in and gets out in less than 24 minutes, “Insecure” proves Jahny Steel is a total anomaly in hip-hop, and arguably popular music in general.

A hybrid of production that sounds highlighted from the DSM-5,lyrics that zip from inclusive to totally inscrutable, rolled up in songs that come and go in mere minutes, Jahny Steel’s prolific output and altered swagger is a detective story happening in real time. The mystery is “What in the hell is going on here?” Think you know another emerging hip-hop artist that is “on fire.” In 90 seconds, Jahny Steel will burn them down. Flame on.