Tyler, The Creator is Number One, Again 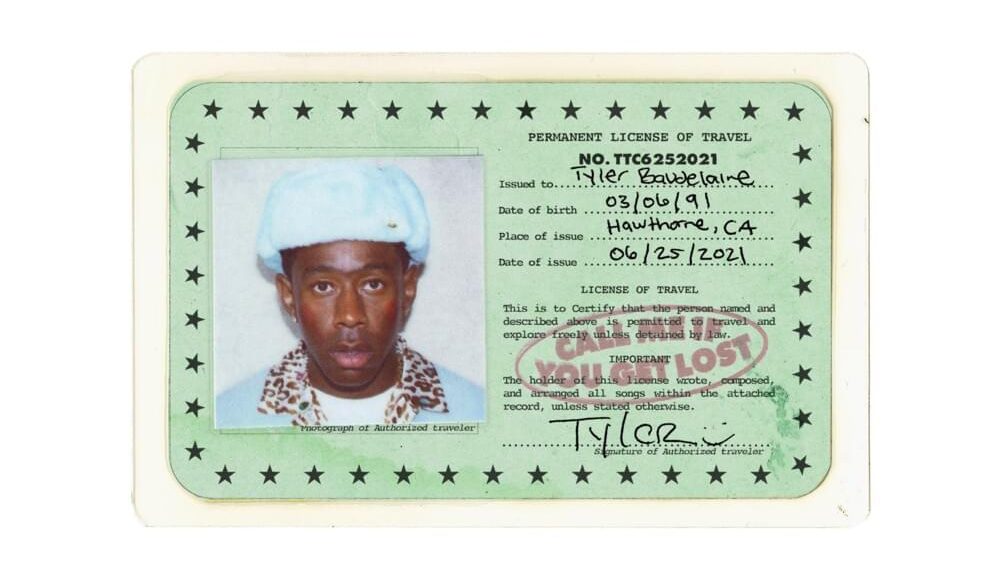 When Tyler, The Creator collected his Grammy for 2019’s IGOR, he did so begrudgingly.

“I’m half and half on it,” he said on the night of the awards show. “On one side, I’m very grateful that what I made could be acknowledged in a world like this, but also, it sucks that whenever we—and I mean guys that look like me—do anything that’s genre-bending or that’s anything, they always put it in a rap or urban category.”

“I don’t like that ‘urban’ word,” he continued. “That’s just a politically correct way to say the n-word to me.”

Tyler’s umbrage was due to the fact that IGOR was, intentionally, a departure record for the artist. Tyler began his career self-releasing mixtapes with his rap collective Odd Futures in the mid-aughts and gained notoriety for a sonic and lyrical approach dubbed horrorcore for its embrace of transgressive motifs.

A dozen or so years after releasing his first LP, though, with the sprawling, genre-agnostic IGOR, Tyler made an explicitly pop record. And despite the fact that he felt it was sidelined by the Grammy braintrust, IGOR was a critical and commercial smash, reaching number one on the Billboard album charts.

And he’s followed up that success with his second number one record in a row CALL ME IF YOU GET LOST, an album which calls back to his formative influences. While there are few if any threats of maiming or torture, CMIYGL is a throwback to the mixtape culture that proliferated in the pre-streaming era. Teaming with the top craftsman of tapecraft, DJ Drama, and a top-notch guest list that includes Pharrell, Lil Uzi Vert, and Frank Ocean, among others, Tyler’s created another concept album of sorts. But most importantly, CMIYGL is a showcase of Tyler’s skills as both a rapper and producer, as well as his development as an artist. It’s also been yet another commercial slam dunk.

Where CMIYGL lands when the Grammy nominations are announced this year is likely to spark debate. And where Tyler, The Creator goes from here is certainly an interesting question to ponder. To unpack Tyler’s latest mainstream smash and what it all means for hip-hop, I reached out to JME contributor Al Pete. Below are highlights from our discussion.

Much has been made of Tyler, The Creator’s development as an artist over the course of the last dozen years. What does CALL ME IF YOU GET LOST tell you about where he is now, as a 30-year-old artist working in pop and hip-hop?

Nothing more than what he’s presented to us with his first album ‘Goblin’. Tyler has continuously reminded the world that he’s willing to go past whatever boundaries are put in front of him. Now with his new album, having DJ Drama involved, shows that he’s conscious about hip-hop culture. To me, that gives him more status and also proves that he’s a true artist. It’s similar to what Kendrick Lamar did with DJ Kid Capri and J. Cole did with Cam’ron. Bringing back a nostalgic element to the current times, correctly, is a recipe for winning your listeners over and solidifying your place in music history.

And there’s been a lot of commentary about CALL ME being a tribute to mixtape culture. What does that word ‘mixtape’ mean to you? And what about the record (either Tyler’s production, his lyrics, or flow) makes it fit into that mold?

A mixtape is a project where you can really get your creative juices flowing into your listener’s cups. Some things that artists wouldn’t necessarily do with an album, they’re able to exhibit on a mixtape. There are no rules, and definitely no boundaries, when it comes to making a mixtape. Emceeing over a beat that you love and making it your own is an art. It shows flexibility. Tyler proved a long time ago that he could do that. On the new record, he adds his own production to the mix. Yeah. Another validity move.

Is there a standout track on the record in your opinion? What made it significant to you?

“Lumberjack,” for sure. That song will be a lasting statement from this record. It’s one of the more explicitly mixtape tracks on the album. DJ Drama mixtapes always had that one song that was the single. Drama, along with whatever artists were on the track, would add their individual energy to it. “Lumberjack” has that feel; that DJ-Drama-era feel. I’m happy Drama is getting his due with this record.

Do you think there’s a difference in 2021 between a rap record and a pop record? Aren’t we at a point where we’re genre-agnostic now?

You would think that the Grammys, let alone the culture, would be open to having a song exist in any category. It’s just music. Labeling an artist with a title from an organization that isn’t present in the creation of the music is not forward thinking, in my opinion. I respect that some people use these titles to identify the music, but ultimately, we should allow these artists to live in whatever space the song jams at. Tyler continues to be one of the most forward-thinking artists. And he’s expressive in whatever way he feels like being in that moment. He’s lighting a path for other artists from hip-hop to follow. And that’s exciting.

And CALL ME topped the Billboard 200 charts shortly after its release. It’s his second number one record in a row. Will Tyler, The Creator be on the hip-hop Mount Rushmore? Is he there yet?

Tyler has earned tenure at Hip-hop University. That’s for sure. When I think of the history of Mount Rushmore, though, that selection process was subjective to begin with. So, it’ll depend on who you talk to whether or not Tyler is up there. I’m sure he’s on some fans’ Mount Rushmore list now. Without a doubt.

Obviously, Tyler’s going to be (or already has been) an influence on up-and-coming artists for the foreseeable future. What do you think Tyler’s prevailing influence is going to be on popular music?

Tyler’s is above and beyond most artists in the way creates music and content and the way he thinks about presenting his music––his music videos are lightyears ahead of where hip-hop is right now. I imagine he’s going to continue pushing the envelope. He’s already showed up-and-coming artists a new and unique path, given them hope and showed them the importance of being true to themselves. That’s a big impact.

In this article: Al Pete, Call me if you get lost, hip-hp, IGOR and Tyler the creator