LPT seeks light among the darkness; emerges with a scorching new tune 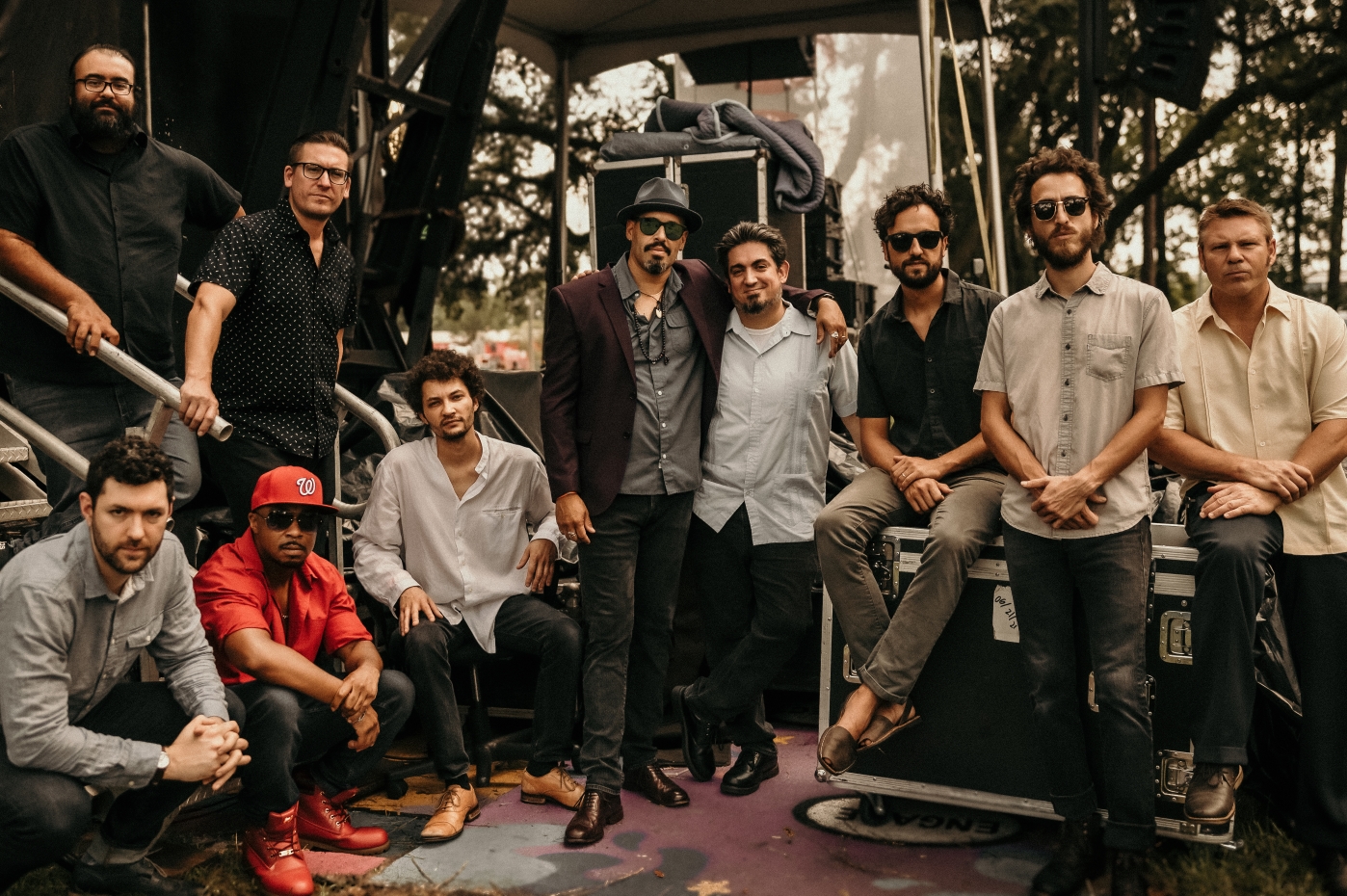 Josue Cruz, center, with his band LPT. Vinyl copies of the group's debut album sold quickly. But they've yet to receive vinyl versions of their follow-up, which they released digitally in October. | Credit: Photograph by Miguel Emmanuelli

What is LPT––Jacksonville’s mighty 10-piece Afro-Cuban salsa orchestra––without a dance floor? It’s a question that the band, which began its world-beating run performing in dank clubs in and around Northeast Florida, enticing revelrous, full-capacity crowds onto the dance floor (and all but daring the fire marshal to shut them down), was forced to reckon with in the face of an open-ended global pandemic.

The timing couldn’t have been worse for the group. Fresh off their critically and commercially successful debut, Sin Parar, LPT was poised to parlay the positive press they’d garnered into an all-out blitz of national and international touring, as well as follow-up record. Then the pandemic hit. And dancing was outlawed––in public at least.

But with a new song and accompanying video, a band that’s known to light up the dance floor returns to set it ablaze. The first single and title track of a forthcoming full length, “Se Quema El Mundo” (the world is burning), finds the band confronting the shared and myriad challenges of 2020. Far from being swallowed by the metaphorical black hole, the group instead chooses to seek the light, or even to be the spark that ignites the torch that’ll lead the way out.

“We wanted to find inspiration in adversity,” says LPT singer (and JME contributor) Josué Cruz about the song, which, far from being a departure for the band, is in fact a continuation of the group’s predilection for salsa con conciencia (salsa with consciousness). “The noise gets maddening and so obtrusive that the world actually seems to be burning… We still have to move forward as a people. Eradicate all of the poisons that ruin us: racism, poverty, inequality. We still have to find a way not to fail our future generations. That may sound trite and obvious, but it is no less true right now.”

While the song deals in stark reality, its no downer. Sonically, it’s the kind of banger that, when LPT can hit the road again, is sure bring their current audience, as well as many new converts, back to where they belong: onto the dance floor.