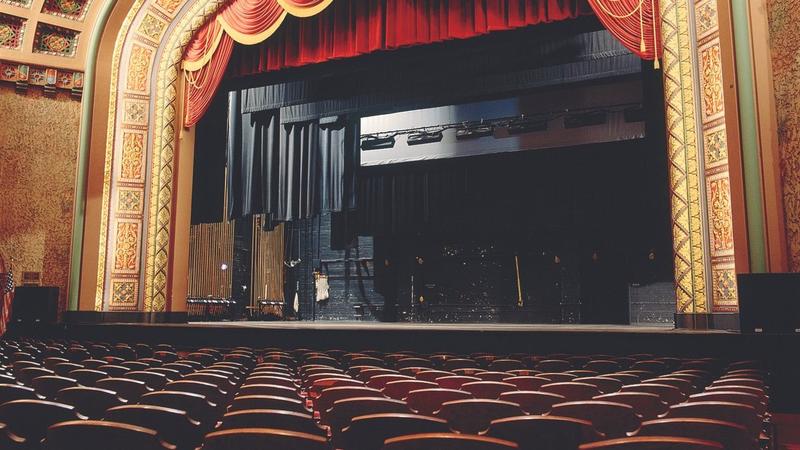 For many the return of live music was a signpost on the way out of the new normal. In late June, Bruce Springsteen opened the curtain on Broadway’s reopening while The Foo Fighters’ Madison Square Garden set counted off the return of arena rock.

Across Northeast Florida, venues large and small returned to full-capacity shows; no masks required. Thanks to the Save Our Stages Act that passed in late 2020, many local venues that were facing very real existential crises during the pandemic, were standing on much firmer financial ground and eyeing a full calendar for the fall. But just as music fans were beginning to fill them up, venues are having to deal with an unwanted interloper: the delta variant.

Weeks after playing Madison Square Garden, the Foo Fighters were forced to postpone several upcoming performances due to a positive case within the band’s touring crew. And days after their performance alongside Weezer and Green Day at TIAA Bank Field in Jacksonville, Fall Out Boy pulled out of subsequent dates on the trio’s Hella Mega Tour for similar reasons.

Last week, due in large part to an exponential increase in COVID cases and hospitalizations largely concentrated in the Southeastern United States, AEG Presents, the second-largest live music company in the world, announced that it would begin requiring proof of vaccination at all 48 of its venues, a list that includes New York City’s Webster Hall, Los Angeles’ El Rey Theatre, Denver’s Bluebird Theater and others. Just days later, the largest live music company and AEG’s biggest competitor, Live Nation Entertainment made a similar announcement.

“Vaccines are going to be your ticket back to shows, and as of October 4th we will be following the model we developed for Lollapalooza and requiring this for artists, fans and employees at Live Nation venues and festivals everywhere possible in the US,” Michael Rapino, president and CEO of Live Nation Entertainment, told NBC News.

Live Nation Entertainment already enforced a similar policy at late-July’s Lollapalooza in Chicago. And the company was encouraged by the results, telling NBC News that 12% of Lollapalooza attendees reported that they were vaccinated in order to attend the festival. AEG Presents’ policy also applies to festivals run by the company, including the upcoming Coachella Valley Music & Arts Festival.

“Requests for COVID policies have become the proverbial brown M&M.”

Both Live Nation and AEG bring artists and events to venues in Northeast Florida, including The Florida Theatre, VyStar Veterans Memorial Arena, Daily’s Place Amphitheater and the St. Augustine Amphitheatre.

There are clear limits to both companies’ policies. AEG Presents’ mandate applies only to live music venues, clubs and theaters that the company owns and operates. A spokesperson for the company told NPR that AEG will make the request on behalf of their touring artists when they play shows at non-AEG venues.

“Virtually every artist I’m working with is asking about COVID policies at the venues in Northeast Florida,” says Tib Miller, a veteran impresario who books shows at several venues under his Flying Saucer Presents promotion. “It’s become the proverbial brown M&M,” Miller says, referencing the famous request allegedly made by Van Halen that’s now a catchall term for hyper-specific riders, or an artist’s performance contract.

There’s also the question of what happens when the wishes of artists or the policies of large live music companies come face-to-face with state laws prohibiting vaccine passports. In May, Florida Gov. Ron DeSantis banned companies from requiring customers to show proof of vaccination.

“We’ve had to get pretty good at rescheduling shows.”

The clash between corporate policy and state laws are bound to put venues like The Florida Theatre in a bind. Though the venue works with both AEG and Live Nation regularly, when it comes to instituting a proof-of-vaccination policy, Florida Theatre President Numa Saisselin says his hands are tied.

“As of right now, state law won’t allow us to enact a blanket mandate,” Saissalen says. He encourages all concert attendees to get vaccinated and to wear a mask for extra protection.

Still, comedian Randy Rainbow and vocal group Il Divo recently postponed their late-August shows at the Florida Theatre due to the outbreak of new COVID cases in Northeast Florida. “We’ve had to get pretty good at rescheduling shows over the last year or so,” Saisselin says.

For now, the Florida Theatre will continue without proof-of-vaccination mandates. But Saisselin says he’s not ruling anything out. “We revisit or COVID policies and protocols every single day. Our policy could change tomorrow if things change.”

Daily’s Place Amphitheater, which works with both AEG and Live Nation, is taking a flexible approach to navigating corporate policies and artist requests concerning COVID-19 precautions. “At this time, we are working with each of the tours to determine which will choose to require proof of a negative COVID-19 test within 72 hours of the event or full vaccination for entry,” a spokesperson for the Downtown Jacksonville venue said in a statement. “If a tour does have such a requirement, it will be communicated to ticket holders directly via email as well as updated on our website.”

For owners of small, independent venues, a topdown mandate like New York City’s proof of vaccination requirements or even the mask requirement that Los Angeles County recently put in place for large outdoor concerts might at the very least provide a path forward.

After closing its doors for nearly a year during the pandemic, followed by fits and starts at half-capacity in the subsequent months, the intimate Blue Jay Listening Room in Jacksonville Beach just recently got back to full-capacity shows. For a venue the size of Blue Jay, owner Cara Murphy needs to pack them in every night to stay afloat. And though she hasn’t yet had to cancel any shows, Murphy says she’d welcome a mask mandate or a proof of vaccination policy.

“I think anything that contributes to getting us through the pandemic is a good idea,” she says. “Especially if it means not having to close my doors for another eight months. Or God forbid, indefinitely.”