New local music to add to your playlist 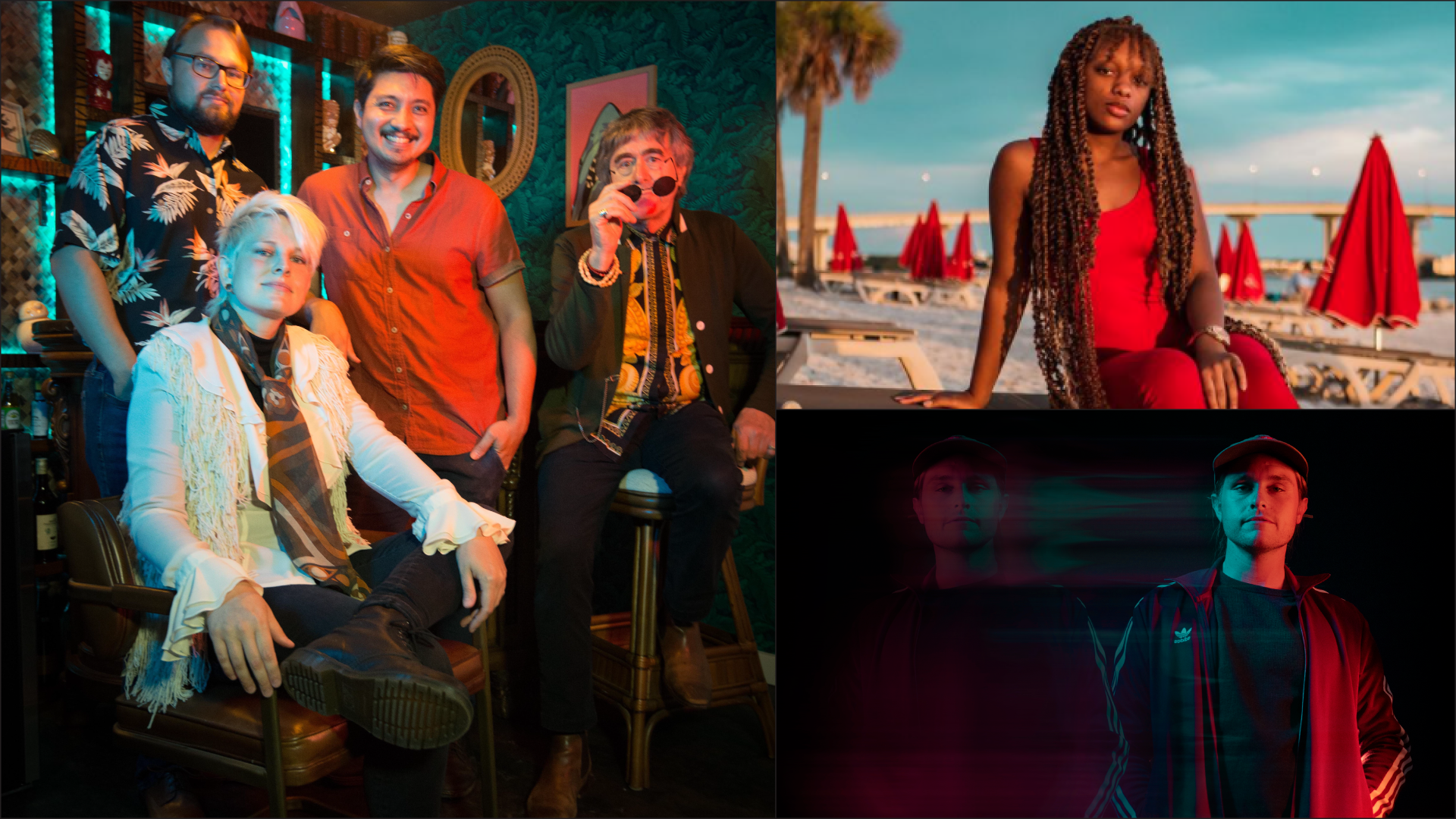 As wild fires rage out west and the Delta Variant burns through the Southeast, the world certainly appears to be in peril. And the local releases that came across the JME desk this week find Jacksonville artists responding to the current (and horrifying) milieu in unique ways. While multi-instrumentalist Reggie Froom waxed existential, singer-songwriter Stacey Bennett gathered her friends to, as the title of the new Folk is People EP suggests, play as though it would be their last performance; lucky for us, both were sure to press record.

Live! From the End of the World by Folk is People

Topnotch Jacksonville-based singer-songwriter Stacey Bennett, better known as Folk is People, gives her catalog of deftly-penned folk tunes the live treatment with the lush and warm five-song collection Live! From the End of the World. Joined by a crack team of musicians, including Guy Browning III (bass), Arvid Smith (dobro and lap steel) and Robbie Knopf (drums), Bennett and company hit all the apropos peaks and valleys of Folk is People’s distinctive output, bringing new life and, at times raucous energy, to a mix of tunes that range from diaristic and lovelorn (“Ghost Birdie”, “Bloodletting”) to tongue-in-cheek and cathartic (“Gutter Poet”, “Step Mama Blues”).  Recorded at Brok Mende and DeAnna Doersch’s Friends of Friends Recording in Springfield, Live! From the End of the World is available on Bandcamp.

Beach vibes and pop colors highlight the video for the latest single from Duval hip-hop standout Aalana. The young emcee rattles off emotionally intelligent boasts, while torching her critics with the song’s refrain, a text-message-length conversation ender: “Okay Cool.” “I’m assertive and I’m bold, but I ain’t rude / shoot your shot, boo, I ain’t jumping through no hoops,” Aalana raps from her chaise-lounge throne. “Okay Cool” is just the latest example of why this young artist was singled out by JME Contributors as one of the Five Emerging Duval Hip-hop Artists You Should Know.

“Jump The Gun” by The Ellameno Beat

Reggie Froom, the multi-instrumentalist and producer behind The Ellameno Beat, toys with dynamics and the space-time continuum on “Jump The Gun,” a new tune that drives casually along a keys-and-electronics-carved thoroughfare before entering a wormhole of ambience and “Strawberry Fields Forever”-esque psychedelia. Just as “Jump The Gun” threatens to come untethered, Froom leaves proverbial breadcrumbs (an approachable beat and skanking guitars) to help listeners find their way out of the woods. Like Stephen Hawking in “A Brief History of Time”, on “Jump The Gun” Froom proves highly capable of holding his audiences hand through his otherwise heady explorations.

In this article: aalana, Folk is People, hip-hop, jacksonville, singer-songwriter and The Ellameno Beat