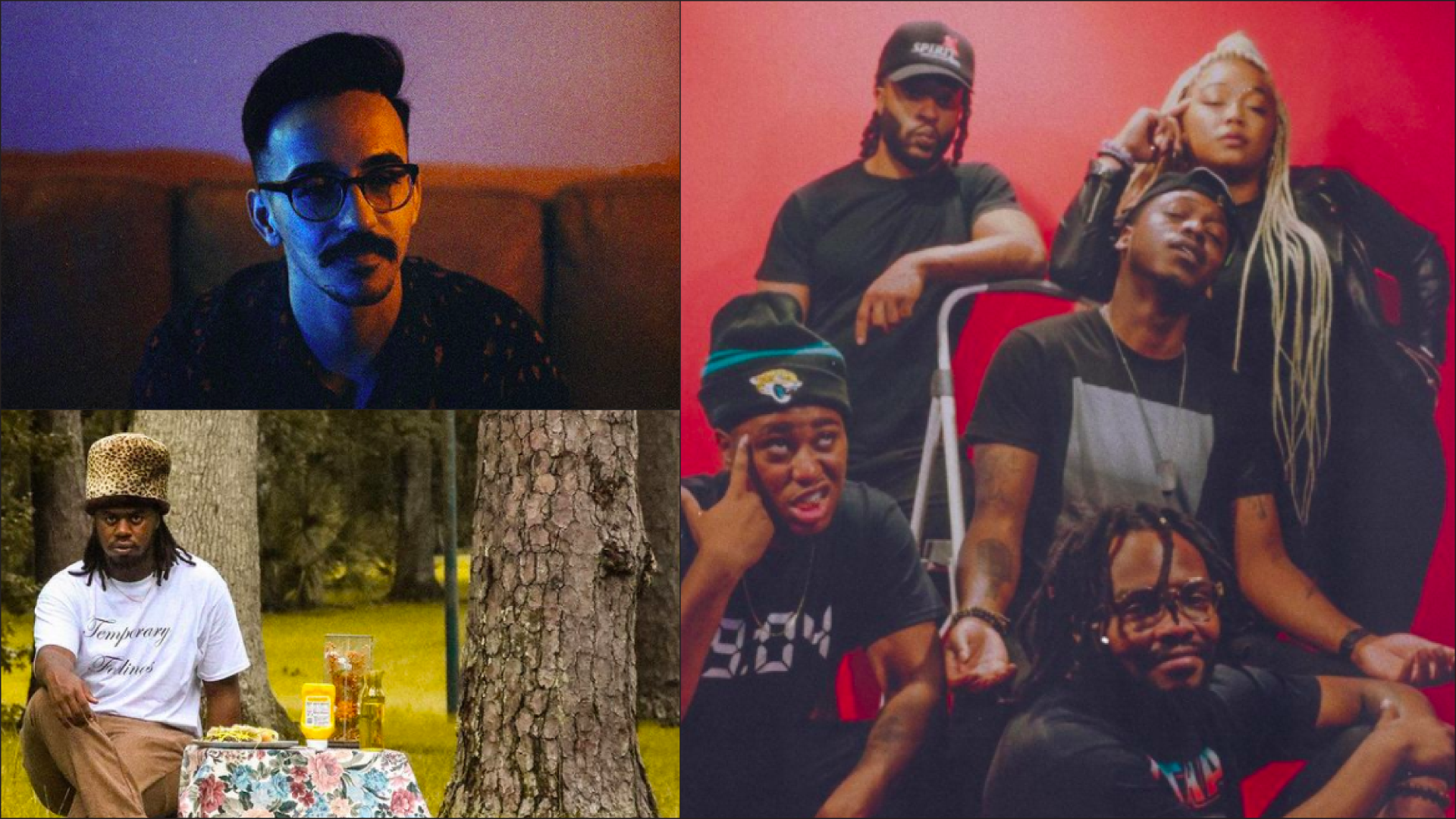 Regular readers of JME are surely familiar by now with multi-instrumentalist Nick Garcia’s project Lost Club. Garcia’s been slowly releasing singles, each one seemingly more refined than the next. Same can be said for Duval hip-hop collective L.O.V.E. Culture, who, after a smattering of EPs and singles, dropped its debut full-length to much fanfare last week.

We’ve got new tracks from both this week. As well as a new offering from Jacksonville rapper THEBLACKTOILET; no doubt, the inscrutable artist should be on your radar as well.

Here are three new local tunes you should be listening to.

Enigmatic hip-hop hermit THEBLACKTOILET marches to the beat of his own 808 Drum Machine. Case in point: the 22-song (yes, 22-song) The Middle of Said Winter, which finds the young artist dispensing his mumble raps and eccentric sonic vision over experiments aplenty. At nearly three minutes, the track “No Fields/Who Ya Love” is the album’s veritable “Stairway to Heaven”, delightfully meandering through (relative) tempo changes and a harmonious, a capella interlude that finds THEBLACKTOILET saying plainly “I’m not going to your show. I’m staying at my house tonight.” With another new and interesting collection of tunes––and as the hot vax summer has turned to the delta variant summer––THEBLACKTOILET has emerged as Duval’s prescient hip-hop sage.

“Holding on to You” by Lost Club

Lost Club, the indie pop project from multi-instrumentalist Nick Garcia, continues the slow drip-drip of sparklingly retro singles with “Holding on to You.” Garcia drops the BPMs on his latest tune, pulling together a tight, melodic and sweetly sung ballad with an anthemic chorus. Much like the current crop of indie rock standouts such as Hplly’s The War on Drugs, Garcia has tapped into some of the best parts of the expertly produced fare made by ‘80s soft rockers like Dire Straits and Don Henley, while not embracing the excessive ornamentation (and cheese) that landed the music of that era on grocery store soundtracks across the nation.

Duval hip-hop collective L.O.V.E. Culture’s debut full-length 1827 N Pearl may be the most talked about local release of the year. The record starts with a prayer and continues in a similar liturgical tone throughout its 14 songs. The record’s bonus track “P.LOCKE 4EVA” (the title honors the late, great pillar of Duval hip-hip: Paten Locke) features members of Asamov, the last Jacksonville hip-hop group to vibrate the underground, as well as each member L.O.V.E. Culture rhyming about the trappings (and definition) of success. It’s also a kind of laying on of the hands, one generation of spiritual leaders offering prayers for the next.

In this article: "Holding on to You", "P.LOCKE 4EVA", jacksonville, L.O.V.E. Culture, Lost Club, New music and THEBLACKTOILET