Is the neo nü metal revival upon us? 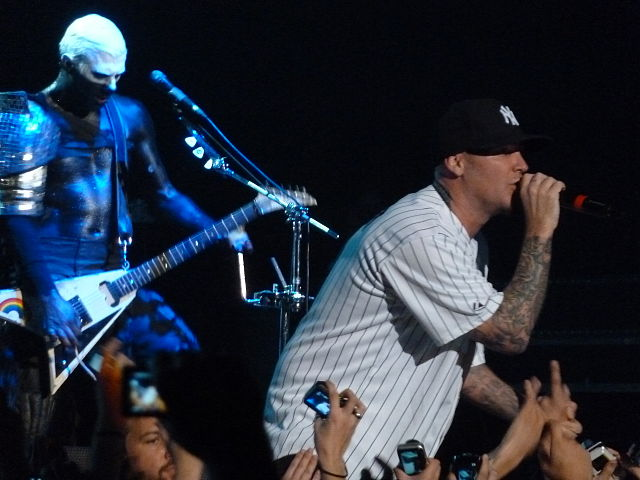 Shortly into the band’s main-stage set, as guitarist Wes Borland propped his foot on the monitor and dove into a chugging metal riff, Limp Bizkit frontman Fred Durst addressed a raging crowd of a hundred thousand or so. “Let me make this clear,” he said. “This is not Woodstock ‘99.”

The band then unleashed their 1999 hit “Break Stuff,” an angst-ridden fusion of rap and metal, Durst’s voice fluctuating between nasally, whine-rhyming and guttural growls about “ripping someone’s head off.” The crowd went nuts.

Durst was correct. This was not Woodstock ‘99. This was the last day of July. In 2021. At Lollapalooza.

If you’re thinking a festival headlined by Post Malone, Tyler The Creator and Miley Cyrus is a strange place for a nü-metal band whose popularity peaked at the turn of the century, you’re not alone.

Despite selling an estimated 40 million records and dominating the airwaves during the late-90s and early aughts, the band has been treated as a kind of ironic footnote in music history over the course of the last two decades. Though they’ve been sporadically active, Limp Bizkit are not a band that’s much talked about in pop music. Type “Limp Bizkit” into Google and the question Why is Limp Bizkit so hated? emerges as the first prompt under People also ask.

Surprisingly though, they appear to be having a moment.

The band, and specifically Durst, is featured heavily in a new HBO documentary produced by celebrity sports journalist Bill Simmons. Woodstock ‘99: Peace, Love, and Rage explores the dysfunction and horror of the last Woodstock Music Festival, which took place over three days in the summer of ‘99, the third night of which ended in rioting, death, destruction and assault on its way to earning the distinction of “The day the ‘90s died.”

The film is a traumatic watch; no question. It’s also uneven and exhausting at times, taking aim at greedy festival runners, generational politics, Napster, wayward youth, MTV and more, all in a span of 110 minutes.

And while there are few if any heroes in Woodstock ‘99, the film zeroes in on a pervasive bro culture among the festival’s overwhelmingly white, overwhelmingly male attendees. Durst, the most popular of a lineup heavily skewed toward aggressive, angsty, rap-rock artists, is singled out as the de facto mouthpiece of the fastly devolving mob.

“[Expletive] all that [expletive],” Durst told the Lollapalooza ‘21 crowd after he informed them that they were not, in fact, attending Woodstock ‘99. He followed that up by inviting them to party as though it were.

Limp Bizkit’s Lollapalooza set certainly lit the Internet aflame, sparking dozens of web-pieces (just like the one you’re reading now). A few of Limp Bizkit’s aging-rock-star contemporaries have also made headlines of late with tongue-and-cheek approaches aimed at earning a fleeting moment of virality (or virility). Foo Fighters released a record of disco covers. Weezer did a hair-metal album. John Mayer went with yacht rock. And Durst, who sported a new and ironic “dad vibes” look at Lollapalooza, seems to be following suit.

Limp Bizkit embarks on a fourteen-date tour in August. Whether or not a new generation is primed for some kind of neo nü-metal revival remains to be seen. But, if nothing else, a band that was popular before viral was a thing, is having its first viral moment.