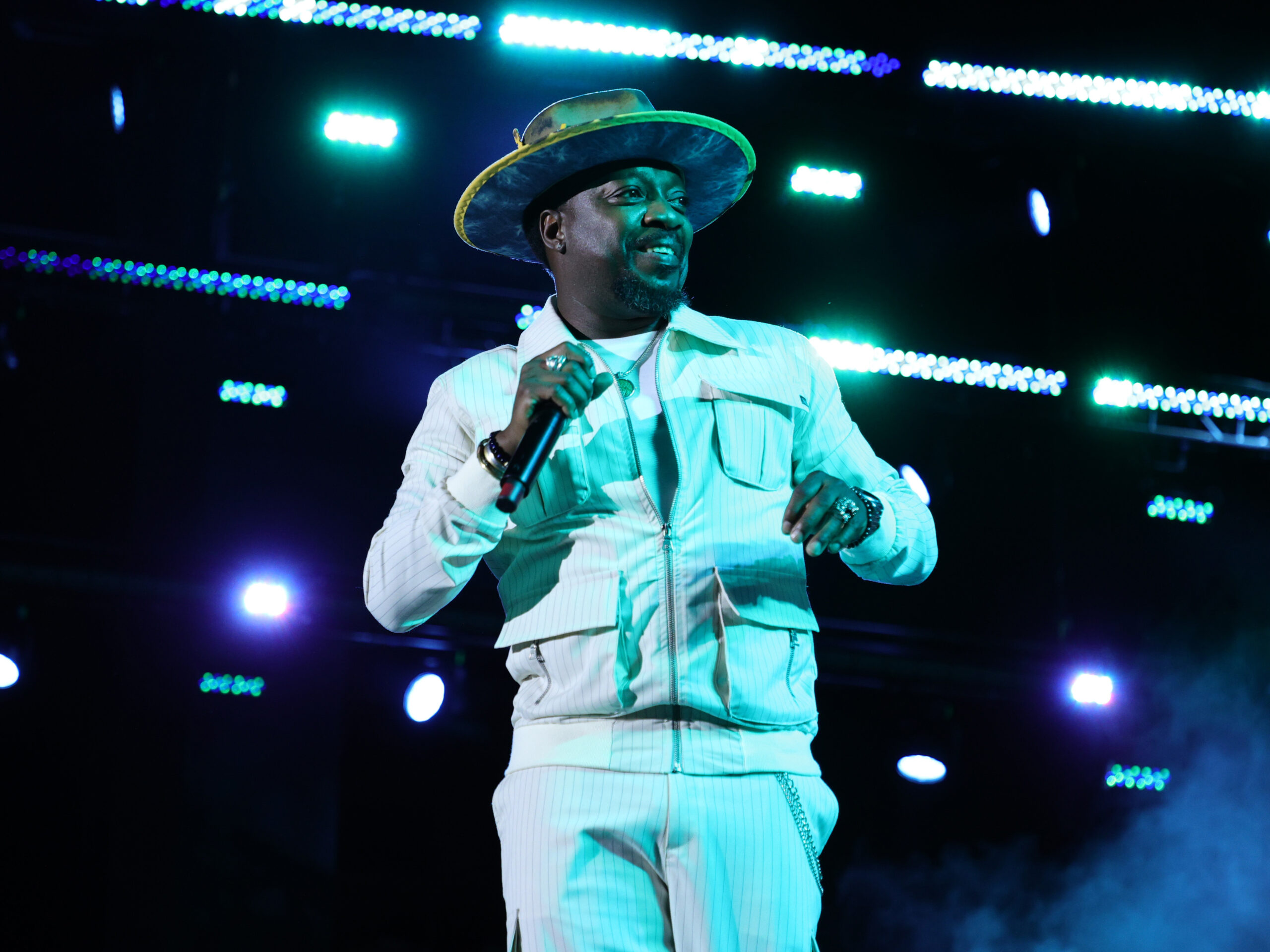 Multi-platinum singer-songwriter Anthony Hamilton is back with a new album. Love Is The New Black is his first full length album in five years — one fans have been anxiously awaiting.

Hamilton is the self-described “country boy” from North Carolina whose vulnerable lyrics and gospel-tinged delivery have gained him fans across the globe. Many were introduced to Hamilton through his popular Tiny Desk performance in 2016. Some were fans way before that — as Hamilton says, “when only 10 people knew about me.”

NPR’s Michel Martin welcomed Hamilton back to NPR to talk about his latest album, and about his creative process during the pandemic.

I feel like a veteran, like an O.G. as the young entertainers call me — but I also feel like there are a lot of people who are still getting to know about Anthony Hamilton, and some people who who’ve never heard any of my music. I guess it’s good to be both. But, I get that a lot. It’s like, “I found him first!” or “I heard him first!” It’s cool, though. It’s good to be more than just a just a name thrown out there.

I think it’s a different kind of comfort that I bring. The down-home. And you know, when it’s something so good, you don’t want everybody to have it, so you let it out in little secrets. … I’m like “the Soul Man Whisperer.”

A lot of artists have found themselves creating a different type of music in quarantine and reflecting on things around them. You have a song on this album called “Mama Don’t Cry” that’s responding to recent events. What was going through your mind?

You see what’s unfolding in the news and around you in your city with the racial divide, and you’re just stuck in the house with the pandemic, and you become real sensitive. And just being a Black man, it made me think of George Floyd. At first I was going to name the song George Floyd. It was that place that made me want to write this particular song.

We wanted to touch the heart strings of people, and to let them know we’re losing a lot of people. But mama don’t cry, papa don’t cry. Be proud of me. I made it. I’m on the other side now. Don’t cry for me. Just ride for me. Go out and do something, celebrate, and make something happen in my memory.

In the last year, a lot of artists have had to cancel tours or find different ways to work. Do you have any other thoughts about how this last year and a half affected you as a creative?

This whole last year allowed me to see that I don’t have to rush things. I don’t have to beat the streets so much and abuse myself, in terms of over-committing to things that may or may not move the needle one way or another. It taught me to really be intentional about what I want to say, to be intentional about the message I want to get out. There’s a lot of noise. And so I took that time to really focus on: How do I want to say this? What do I really want to say? And you know, you get to know your strengths and you get to know your weaknesses so you can create from another place.

One of the things people value about you is that they think that you allow yourself to express vulnerability in ways that other artists do not. A lot of their songs are about sex, and a lot of your songs are about love and relationships. Do you feel like these last months intensified that for you or your willingness to be vulnerable?

We’ve all been made to feel sensitive and powerless in this last two years. Even the richest person had to be humble and become something other than what money could do for them. So that we were all vulnerable. And I know a lot of people were losing relationships and marriages were busting up. And I wanted to help people to focus on some of the stuff that could really help you get back to your healthier self and, you know, find love and look at love different. Like you may have it there, but you’re focusing on the wrong thing. That makes me feel like I have a job that I could have for a long time because I don’t mind exposing what I’ve been through. I don’t mind allowing myself to be, you know, the blueprint for a man who needs work.

I think there’s a strength in knowing that here I am in my complete self. If I had a relationship where I wasn’t my best me and maybe I drank a little too much bourbon, it’s OK. You know, my marriage didn’t work. It wasn’t perfect, but it’s OK. I’m not bound to those moments.

You had a long road to getting where you are. Do you remember the “before times”?

Those were some of the best times of my life before the music came out. I’ve had some great times since I’ve been successful or so-called “made it.” But before that, oh man! Like who’s getting the last bag of Oodles of Noodles, who got the last piece of chicken and the last piece of white bread? Oh my god, you’re talking about a trophy! Look, those are some of the best times and not knowing how you were going to get that pair of shoes or how you were going to get inside the club, how you were going to meet this young lady when you didn’t have nothing real fly to wear or nothing real fly to say. You had to make it work! So there’s power in in the beginning as well.

Your duet with Jennifer Hudson, “Superstar,” has been a hit for a lot of people, most notably Luther Vandross in 1983. Why did you pick this one?

This is one of my all-time favorite songs. I was a huge fan of Luther Vandross. I didn’t understand how he could sing so controlled, yet still give you chills and that emotion as if he was wailing off, like a gospel singer. It just lured me in, and I became such a huge fan of that record, so I was like, “You know what? I want to redo that song.” I’ve always wanted to redo it.

I think it’s something that people don’t even know that they’ve been waiting for. And I’m glad we didn’t try and out-sing each other on it. We didn’t have to do all that! We just kept it classy. And we sang the hell out of it.

It’s not a cookbook, it’s a tabletop book. It’s a loosely autobiographical, but it’s more about the music, the man, the writer and the songs that you love. Like Charlene, the real-life story about the heartbreak and all that. And it tells the story of my life as a child at my grandmother’s house behind the big green couch where I used to dream of being an entertainer. And there are some recipes in the book. My cabbage is amazing. My curry corn is really, really good. My potato salad is bangin’.