Host Glen Fisher on the prevailing allure of doo wop 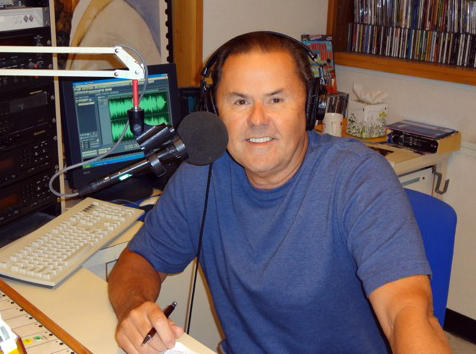 It’s hard to believe the Doo Wop Revival recently celebrated ten years on the air at WJCT. It’s been a dream sharing seminal street-corner-harmony music with listeners in Jacksonville and those who stream the station around the world.

From an early age I wanted to be a disc jockey. The music of the ‘50s consumed me. It all started when my dad built me a crystal radio when I was 12-years old. I was able to listen to stations across the country playing a new kind of music called rock and roll.

I retired from broadcasting in 2010, after 25 years in television and 15 years with the Jacksonville Jaguars. It was at that time that David Luckin, WJCT’s then musical director, asked me if I wanted to do a one-hour show for the station. I sat in with him on Electro Lounge, sharing my favorite doo-wop songs. I immediately said, “When do I start?” Nearly 60 years after I got my first radio, my childhood dream became a reality.

Today, there are plenty of internet stations playing music from the ‘50s and ‘60s. I produce a two-hour version of Doo Wop Revival for one of them, Doo Wop Radio. I believe what sets my show apart from all of the others is my selection of songs. Had I been a jock after I graduated from broadcasting school in Boston (LeLand Powers, 1968) I would have been forced to play a list of songs selected by a station’s program director. But for Doo Wop Revival, I have the freedom to play songs from my heart and not a chart. Someone once told me there were about 45,000 doo-wop records made during the genre’s heyday. And there were many I had never heard until I started Doo Wop Revival.  I realized that there were so many great songs that were overlooked and never played because the list allowed no deviation.

Someone said to me recently, “I grew up listening to this music but I don’t remember it being called doo wop.”  He was right. Back then it was called R&B and rock and roll. The term doo wop entered the lexicon thanks to legendary 1960s disc jockey Gus Gossert.

During the British Invasion, DJ and promoter Richard Nader put together his first Rock And Roll Revival concert. He brought back the stars of the genre along with many of  the original groups and a new era in doo wop began. Labels like Relic Records, Times Square Records and Clifton Music began releasing obscure and previously unreleased 45’s. Relic co-founders Don Filetti and Eddie Gries were teenagers when they began approaching record companies in New York and New Jersey, asking for old session tapes the companies had no use for. The music—in the eyes of the record labels—was dead. Oh, they were so wrong. Some great, obscure and now classic music came out of those tapes.

It’s because of the work of folks like Don and Eddie, and the music that was saved from the trash, that Doo Wop Revival can be different.

I invite to you listen to the Doo Wop Revival on Sunday nights at 6 p.m. on Anthology on HD3 (you can also listen on the WJCT App and via jaxmusic.org). I promise to play some of the best music ever put to wax.

For those interested in hearing more about some of the most important music of the 20th Century, I invite you to subscribe to my newsletter, Doo Wop Ramblings. I’ve been writing it since, and we’ve accrued nearly 2,000 subscribers who hail from more than 44 countries. The Doo Wop community may be small in size but we are worldwide. Subscribe here.

Doo Wop Revival airs Sunday night at 6 p.m. You can listen on WJCT 89.9 HD3, on the WJCT App or by visiting jaxmusic.org.