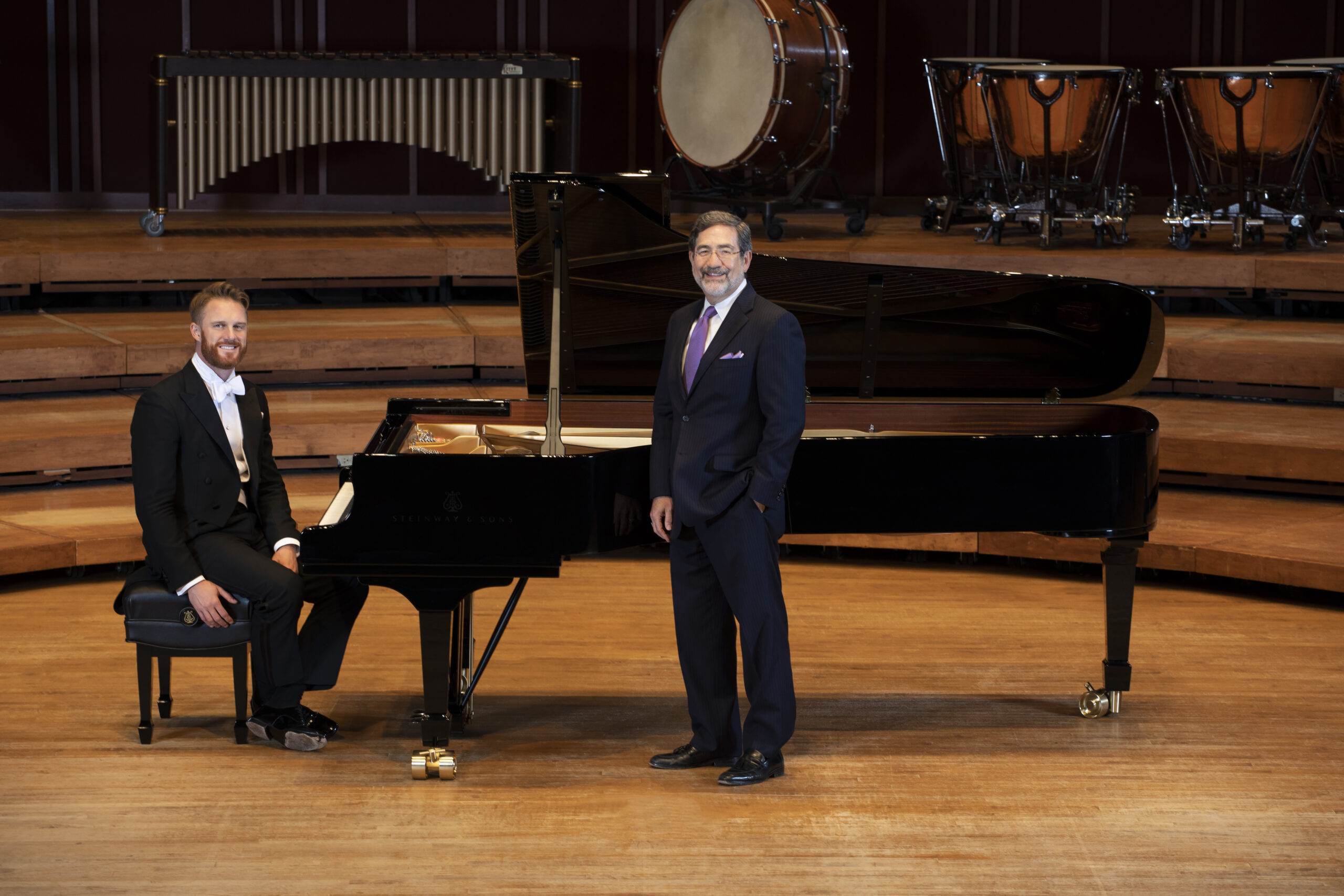 Live musicians navigating the realities of performing onstage during the pandemic age are facing unique predicaments. Former concerns about load-ins, soundchecks, and coveted drink tickets have been readily muted. Now musicians are facing current anxieties regarding personal and public health, social distancing, “to mask or not to mask” and other high-volume, Covid-related realities. Add to those factors the anxiety of wondering if an audience will even show up for a live performance makes haggling over a guest list seem inconsequential.

The Jacksonville Symphony is kicking off their 2021-2022 season with all these variables in mind and numbers that are exponentially more forte than a four-piece EDM combo. Factoring in their roster of 50-plus symphonic musicians, the sizable chorus of 120 vocalists, and a conductor, the symphony in full-force adds up to an impressive onstage collection. In addition, the Jacksonville Symphony Youth Orchestras features 400 local musicians presented in popular large-and-small-scale performances. And on a good night, the musicians perform classics and pop favorites to a packed house in the Jacoby Symphony Hall, which can hold 1,800 seated audience members.

Yet Jacksonville Symphony president and CEO Steven Libman and music director Courtney Lewis remain pragmatic and positive about letting music fill the air, where many might be concerned about the ever-present cacophony of the virus clouding the festivities.

“Last season, we were grateful that we were able to be one of the only orchestras in the country able to perform live music in our concert hall,” explains Libman. “We had many protocols in place, and our patrons went along for the ride with us, and we can’t thank them enough. This season, we are opening without the restrictions of physical distancing, which is very exciting for us.” Libman notes that patrons will be required to wear masks while in the T-U Center for the Performing Arts. They continue to monitor the situation and are hoping these measures will not be necessary for the entirety of the forthcoming season.

Lewis believes that the precautions put in place last year, however awkward or challenging, were ultimately beneficial for all in these equally unorthodox times.

“We were tremendously fortunate to be able to play all of last season, even with physical distancing onstage,” says Lewis. “I think everyone was so happy and relieved to be performing at all, so spirits remained high.”

Since being appointed music director in 2014, the 37-year-old Lewis has remained busy and had little time for idle hands. Yet the pandemic found Lewis in a contemplative space, returning to his personal music fundamentals.

“I spent a lot of time at the piano, which I haven’t had time to focus on since I was in high school,” says Lewis, who rediscovered music he used to play, including late Beethoven sonatas. “It was very strange not to conduct for such a long time, and playing helped me stay in touch with music. I also studied a few big scores that we’ll be performing over the coming seasons, such as Bruckner’s Fifth Symphony.”

A large part of Lewis’s tenure with the symphony has arguably been attempting to attract a younger audience and draw in people who might have misconceptions that the symphonic is a decidedly velvet-rope, formal-dress, and stuffy experience. Libman offers that Lewis’s creation of the Symphony in 60 series, a “happy hour”-timed program geared towards a younger audience has been a successful addition.

“We’re always fighting against these misconceptions. I have to say that I rarely if ever hear these opinions expressed by people who’ve actually come to hear a Jacksonville Symphony concert,” says Lewis, offering that the Symphony in 60 is a multimedia, informal program where he interacts with the audience, describing the scores being played, while the symphony is projected on large video screens.

Thanks to the recent $1-million-dollar gift from patron Ann Hicks, the symphony purchased a new Steinway concert grand piano. Libman says the symphony is “eternally grateful” for Hicks’s donation and support, with the monies also helping various key artistic initiatives.

Both Libman and Lewis are excited about this year’s offerings, which range from masterworks to hard rock hits.

“Our three big projects this season are a survey of five of Mozart’s greatest piano concertos with a fantastic list of soloists, a symphonically staged production of Puccini’s opera La Bohème, and the first of a series of new commissions from living composers,” says Lewis. “I’m really looking forward to each of these projects.”

The 2021-2022 season features myriad programming over the course of more than three dozen performances: including Beethoven’s Ninth Symphony, works by Tchaikovsky, Handel’s Messiah, the music of contemporary songsmith Stephen Schwarz, the Pops Series, the music of rock gods Queen, and family-geared screenings of Return of the Jedi and Harry Potter and the Goblet of Fire—the latter both featuring live symphonic scores.

Libman remains optimistic about the upcoming year and longevity of the Jacksonville Symphony, which has been in operation since 1949 and remains one the longest-standing symphonies in Florida. Whatever the future holds, he and Lewis intend to keep the music in full swing.

“It has been a challenge, but we’ve learned to remain positive and flexible as we have had to pivot multiple times as we have journeyed through the rapids. The key is to remain both transparent and flexible with the public, our patrons and my incredible team,” says Libman. “I’ve learned how very resilient we are as a team, and that together we have been able to focus our energy on developing entrepreneurial solutions to a very complex problem. And finally, I have learned just how wonderfully supportive the Jacksonville community is of the arts community.”

For more information on the Jacksonville Symphony’s upcoming season, go to jaxsymphony.org.