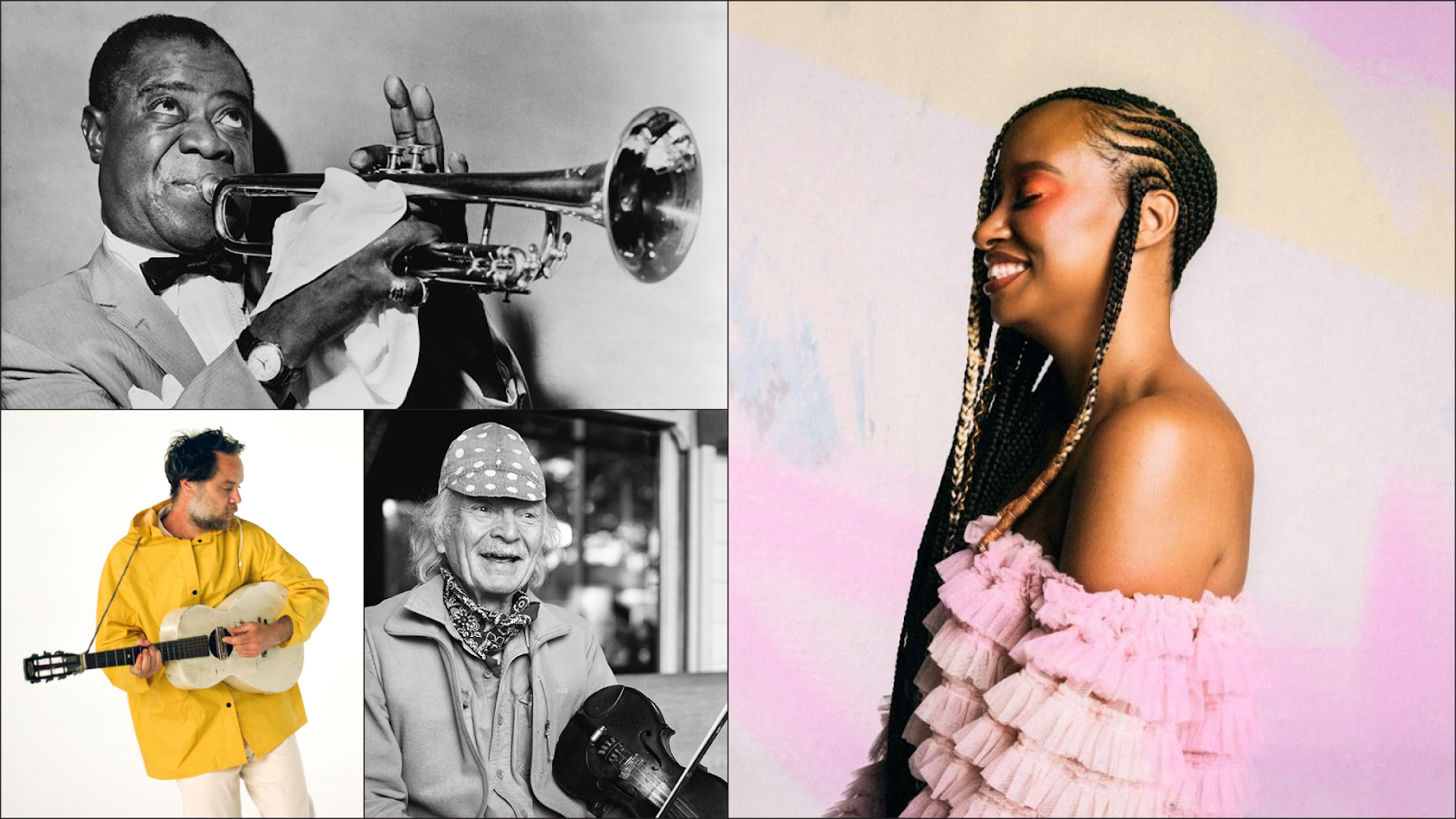 Each and every month the JME team handpicks the juiciest new tunes from local, regional, national and international artists and concocts the tasty, tall-glass-of-a-listening-experience that is our Fresh Squeeze playlist. Each song is chosen with intention. And so we often feel like they are worthy of a broader discussion (or at least a bit of context).

Here’s four new songs (all of which appear on October’s Fresh Squeeze playlist) that the JME team just won’t shut up about.

Foreign Exchange Music, the imprint of Grammy-nominated neo-soul duo The Foreign Exchange, starts the autumn season off with a new track from Dallas-based artist BeMyFiasco. The mid-jolly tune “Bad Dream” finds the R&B artist navigating the expiration of a relationship. Instead of soaking in sorrow, she floats through the Foreign Exchange’s signature funk and soul, affirming that all will be well––her girlfriends and a bright visual accompaniment help provide levity. BeMyFiasco’s method of coping seems healthy. And it’s certainly an enjoyable listening experience.–Al Pete

Twelve years since his last release, freak-folk lord Michael Hurley teases and pleases with the lead single “Boulevard” from an upcoming full-length on No Quarter Records. The goaty Greenwich Village deity sounds as familiar as July, painting nostalgia with every percussive guitar strum. A heavily cited influence of popular contemporary artists like Angel Olsen and Devendra Banhart, Hurley is doubtless the leader of the cult of outsider folk. The announcement of Hurley’s new album, The Time of the Foxgloves, following the news of a new Karen Dalton documentary (a fellow Greenwich Village banjo GOAT), further proves his homespun sound is here to stay.–Rain Henderson

“Black and Blue” by The Wonderful World of Louis Armstrong All Stars, Common, Nicholas Payton

A jazz standard composed in 1929 by Fats Waller with lyrics by Harry Brooks and Andy Razaf, “Black and Blue” shows the more serious side of Waller/Razaf who wrote jazz-pop hits like “Honeysuckle Rose” and “Ain’t Misbehavin.” Ethel Waters recorded “Black and Blue” in 1930 and the song became a hit, and it’s been recorded by many artists since then. Now Common, along with The Wonderful World of Louis Armstrong All Stars, revives this standard in a refreshing way, bringing the song into 2021 with all its serious overtones intact.–David Luckin

You may recognize Rodrigo Amarante’s name from the credits of the Netflix drama Narcos, for which he composed the title song. Or maybe you got into Little Joy, a collaboration with Fabrizio Moretti (The Strokes) and Binki Shapiro, during The Strokes’ wayward years. If neither of the above are familiar to you, at least you have some context for where Amarante sits in the cafeteria. “Tango” is the third track from Amarante’s highly anticipated sophomore album Drama. Placed strategically, it comes in light and breezy, telling a hopeful tale of trust and metamorphosis. Every instrument plays a role as the song ebbs and flows through melodic airiness and rhythmic grounding. It’s ultimately perfect for lifting your mood on sunny-yet-cool evenings.–Glenn Michael Van Dyke