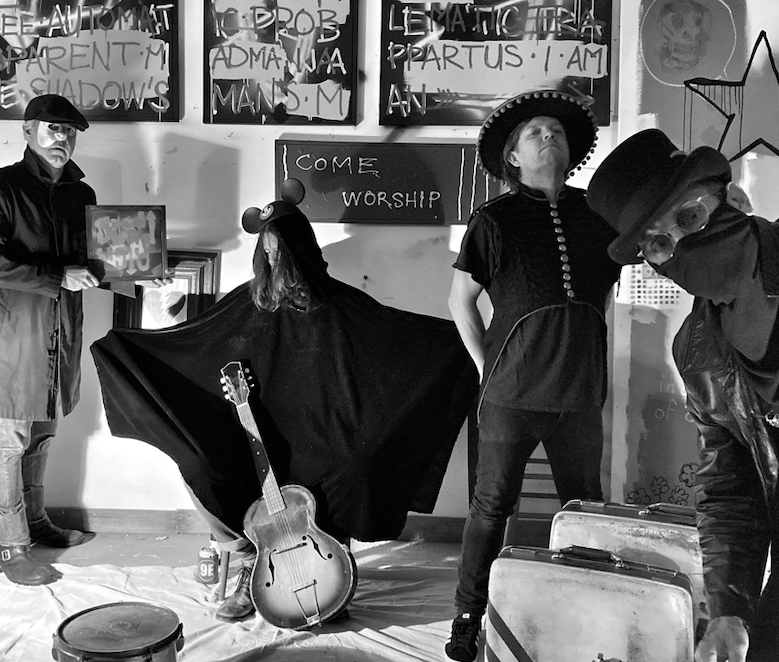 On the strength of the riff-heavy and atmospheric noise found within 9E’s 2018 debut Desert Nights, the Jax Beach-based rock quartet was enjoying some forward momentum, its monochromatic ambience and mastery of soft-loud dynamism manifesting as a kind of dark art, casting spells on the rowdy crowds that gathered in small clubs around the beaches before the city’s pandemic slumber.

For a band that fancies dim lighting, 9E’s new single “Love Burn” offers some illumination; though, true to form, the group’s idea of a guiding light is a fire raging in scrapyard barrel (that’s a compliment, to be clear). “You got me running / running on empty,” singer and guitarist Tony Prat wails on the song’s opening salvo, which features a drive-y bass line and eerie atmospherics that bring to mind a cannonball run across some poorly lit West Texas highway. The chorus is a collective step on the accelerator, the intensity of the band peaking just below Prat’s roaring hook: “When I return / gonna let my love burn.”

For veterans, or longtime fans of the city’s music scene, the four-piece is a familiar cast of characters. Lead guitarist Jason Hoey and singer/guitarist Tony Prat’s musical collaborations date back decades. The band’s rhythm section features Brent Knoechel and Don Nicol on drums and bass respectively, both of whom were members of the rock outfit Strange Friend.

The group recently decamped to Muscle Shoals, Alabama to record their follow-up to Desert Nights. The yet-to-be-named project is due out in 2022. For now, you can listen the quartet expand its mastery of the dark arts on your preferred streaming service.

9E plays at T-Dub’s Mercantile in Atlantic Beach on Saturday, October 30. Doors at 9 p.m. Tickets are $5.