On ‘Weight of the World,’ Maxo Kream’s world expands amid personal tragedy 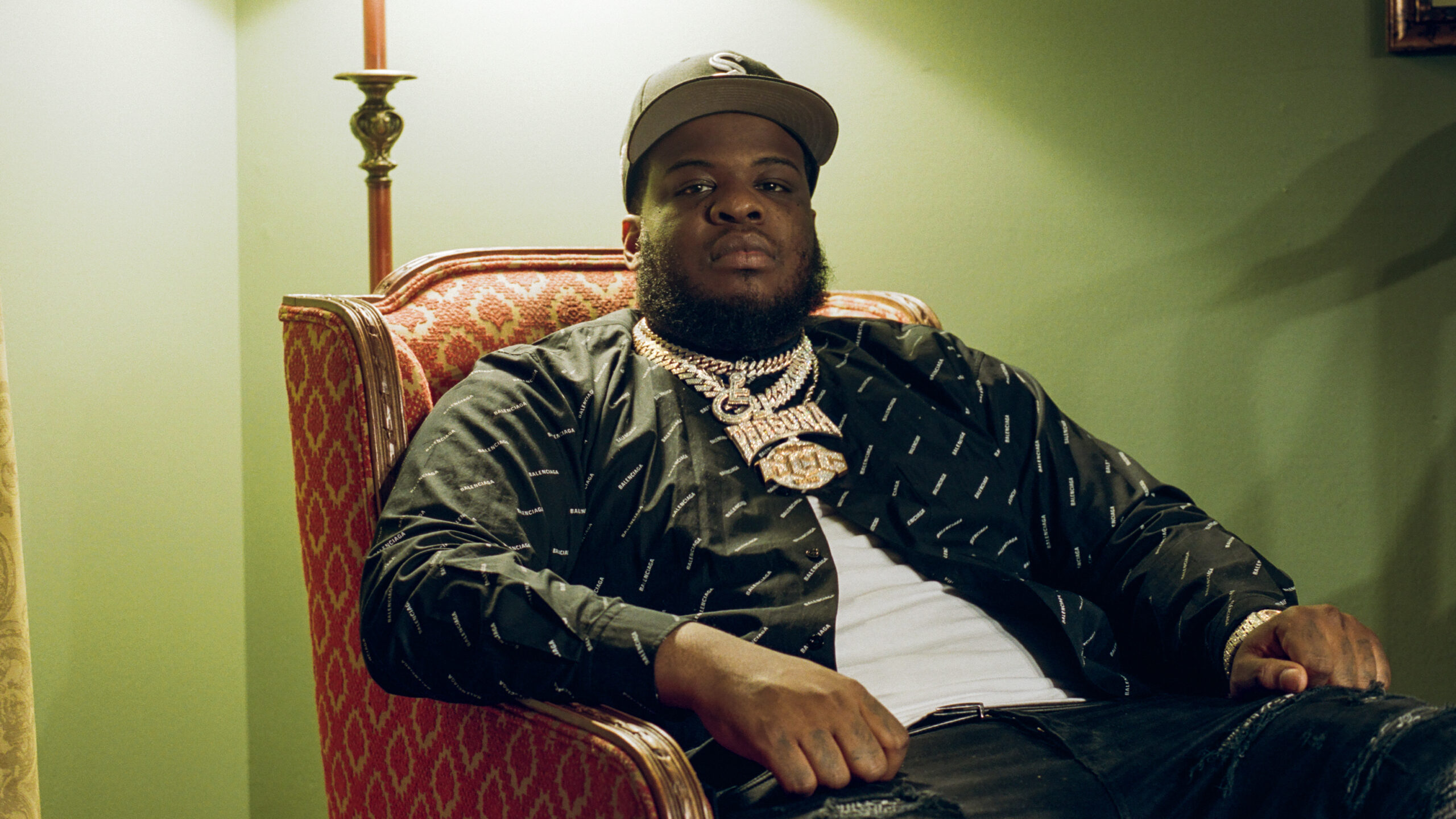 Against convention for new album releases, Houston rapper Maxo Kream released his third album on a Monday, due to the date’s personal significance. Weight of the World‘s Oct. 18 release coincides with his niece Jalae’s birthday, as well as the anniversary of his cousin Andrew’s death. Maxo even remembers Oct. 18 as the date that his younger brother — Jalae’s father, nicknamed Money-Du — first missed one of his concerts because “he had to go be with his daughter.” In every sense, Weight of the World continues a tradition that Maxo has carried on from his 2018 debut Punken (whose title is his family-given pet name) and 2019’s Brandon Banks (which Maxo named after his father, whose lively, sharp voice animates the album).

“I always try to honor my family in my music,” Maxo says, in a phone call four days before Weight of the World‘s release. But if his last album meditated on how his father’s absence during Maxo’s childhood led to him seeking out strong male figures in street hustlers, Weight chronicles his growing list of responsibilities now that his music racks up millions of Spotify streams. It marks Punken’s transition to family breadwinner, and the precarious work-life balance as a result.

In Los Angeles, where Maxo has been based for the past two years, his life glitters more than it used to, after signing to RCA in 2017 and inking a management deal with Roc Nation in 2019. Weight offers two songs where he hopes to inspire his hometown from this vantage point. One is “Believe,” the album’s uplifting conclusion featuring fellow Houston native Don Tolliver. The other is “Local Joker.” The song’s music video depicts Maxo’s new lifestyle with scenes featuring an indoor basketball court, complete with floor-to-ceiling windows. Meanwhile, the lyrics spell out how it feels sometimes to chase larger ambitions than what seems possible back home. Maxo audibly rolls his eyes as he raps, “Tried to show them if I did it, they can probably do it bigger / But all we ever talk about is them same ol’ b****** / and them same old stories and them same old figures.”

For four months in-between releases, Maxo headed back to Houston before completing Weight last December. He knew that the best place to mine inspiration would be back home. “I was living my life in Houston, a normal life,” he says. “In 2019, I was fresh off the U.K. tour. And after flying in and out, I really wanted to humble myself and get back down to earth, especially after my brother died.”

On March 9, 2020, Money-Du, now survived by his daughter Jalae, was fatally shot in Los Angeles, where Maxo originally sought to escape his trapping past. The next day, Maxo made the news public on Instagram, saying, “No words or caption can explain what I’m goin through.” Two days after Money-Du’s death, Maxo re-lived this personal tragedy by recording Weight‘s penultimate song “Trips.” The song is a visceral account, almost to the minute, of how Maxo saw his brother die: “More than a half an hour waiting on the paramedics / spent another half an hour answering questions for detectives / fightin’, screamin’ / Lord Jesus, someone help him / gassed when breathin’, he so helpless / barely breathing, now he breathless.”

When asked how music helps him process how he increasingly has to provide for family, including Jalae and a child of his own on the way, Maxo answers with one word: “Money.”

“S***, it’s bringing in the money to be able to pay bills. It’s bringing it in the legal way. Money in a legal way is always good,” he says.

However, this being Maxo Kream, who Travis Scott envisioned as a Biggie-type figure before either of them saw fame, the truth can never be that simple. In Weight’s “Mama’s Purse,” Maxo interpolates Three 6 Mafia’s 2005 hit “Poppin’ My Collar” (“Ever since I could remember, I’ve been poppin’ my collar…”) but then reveals the personal cost. He worries that, with how his mother used to shoplift him FUBU for the fourth grade and how he bought her a Lexus after “they threw my brother in a hearse,” they’ve both been guilty of trying to buy each other’s love. “Mama’s Purse” shows how music helps Maxo excavate family histories to learn more about himself and how he operates in this world.

“S***, money don’t solve s***,” he says. “It just makes everything a little better. But we’re all human, we all live in contradictions. You’ll tell your kids one thing but then you’ll do the other.”

Fans seem to appreciate that nuance. In Weight‘s biggest single, the triumphant “Big Persona,” Maxo and Tyler, the Creator trade boasts about Grammy wins and sipping Arnold Palmers. For the music video, Maxo is on the passenger side of a Rolls Royce truck, as Tyler spins it into donuts in a mall parking lot.

Maxo and Tyler met early last year when they were both billed on Yams Day, a tribute concert honoring the late A$AP Mob co-founder. The result, “Big Persona,” is proof that Maxo commands industry respect.

“I don’t think Tyler be shooting too many videos,” he says. “I’m like damn, it’s live. And then to have Tyler sitting on top the Louis Vuitton [trunk] and f****** doing donuts? We didn’t have no stunt doubles on none of that shit. We had a Rolls Royce truck f****** them h*** up. That’s a million dollars in cars right there. I had him on some gang gang shit. We had Tyler flexing.”

“Big Persona” also sets the tone for yet another new project in the works, which finds Maxo “more on some turnt up s***.” (When pressed for details, Maxo laughs but declines to elaborate. “You’re probably the first person I told about it,” he laughs.) He can easily pull this off: When he chooses in his music, Maxo can be as charismatic as one-time collaborator Megan Thee Stallion. He can do a hit mining Southern rap’s past and future, easily. (Look no further than “Cee Cee,” featuring Houston newcomer Monaleo.)

But he had to see these larger thematic ambitions out first — close this chapter where he turns family history into rap lore.

“I advise anybody that’s getting into Maxo Kream’s music to go back from [2015’s] #Maxo187 and work your way up, ’cause my music is on some Pokémon or Harry Potter,” he says. “You can’t just jump in the middle. You gotta go in from the beginning and read each one, you feel me?”

In this article: hip-hop, Houston, Local Joker, Maxo Kream, New music, rap, Tyler the creator and Weight of the World