Desert blues from Algeria, avant-garde pop from the UK and Crenshaw Soul from LA 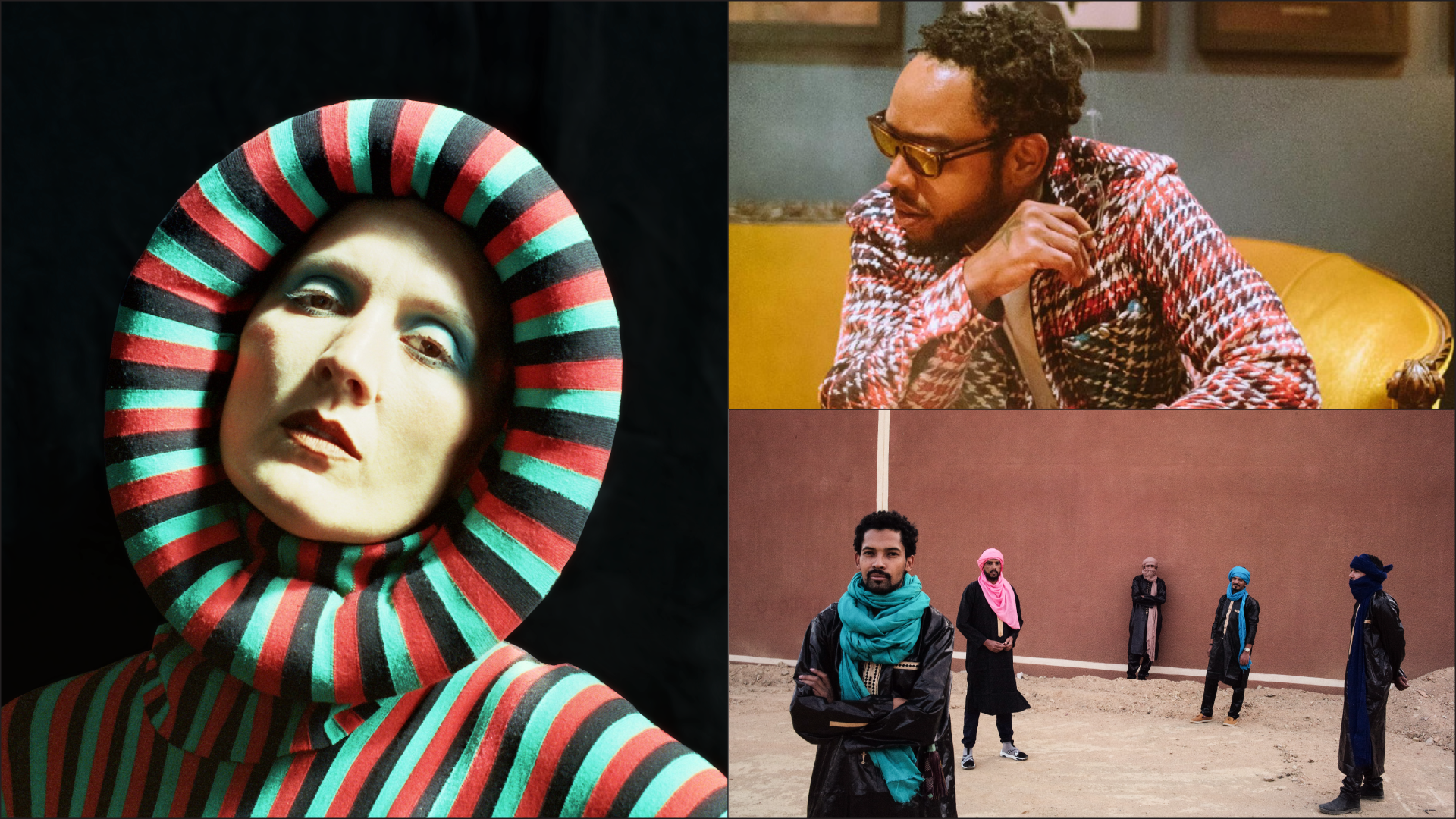 A brand-new tune from Tuareg quintet Imarhan, “Tamiditin” is a poetic lament, emotively spilled out over languid guitar and subtle percussion. Put more simply: “Tamitidin” is a blues number. “My girl, don’t despise me,” singsJapanois, AKA the late-poet Mohamed Ag Itlale. Japonais, a pillar of the Tuareg community passed away shortly after the recording of “Tamiditin,” the second single from Algeria-based Imarhan’s new full-length Aboogi. “Japonais passing has left a big void in Tuareg music,” said Imarhan bandleader Iyad Moussa Ben Abderahmane, aka Sadam, in a press release. “He was an exceptional artist and personality.” Aboogi is due out on January 28.–Matthew Shaw

“Moderation, I can’t have it, I don’t want it,” sings Welsh musician and producer Cate Le Bon over a flush of chorus-laved guitar that moves around a buoyant bass line tethering the whole bop to the surface of memory. On first blush, it’s exactly the kind of pop nugget you’d expect from someone sitting confidently on the throne of alternative and lasting du jour (Le Bon’s released five critically lauded albums, including 2019’s Reward, which was nominated for a Mercury Music Prize). For that reason, “Moderation,“ the latest single from Le Bon’s upcoming album Pompeii, is totally fitting of its title. But Le Bon isn’t known for moderation. She’s the type of artist that swims brazenly in the open waters of pop-esotericism. Whether or not the song is an intentional mirror of its lyrical content, it’s a perfect feel-good package for delivering introspections on habits, both good and bad.–Glenn Michael Van Dyke

“Griots of the Crenshaw District” by Terrace Martin

The Crenshaw Soul sound arrives intact on this new song from singer, rapper and super-producer Terrace Martin. On “Griots of the Crenshaw District,” Martin gets assistance from the other musical nomads: Robert Glasper, Kamasi Washington, and Hit-Boy. Martin deploys his mastery of the sax, as well as his well-established studio wizardry, accentuating each contributor’s strengths. Bridging jazz, soul and hip-hop, “Griots” serves as literal and metaphorical passageway through Martin’s latest full-length Drones.–Al Pete