Jax trio DigDog walk the punk-prog walk on their latest 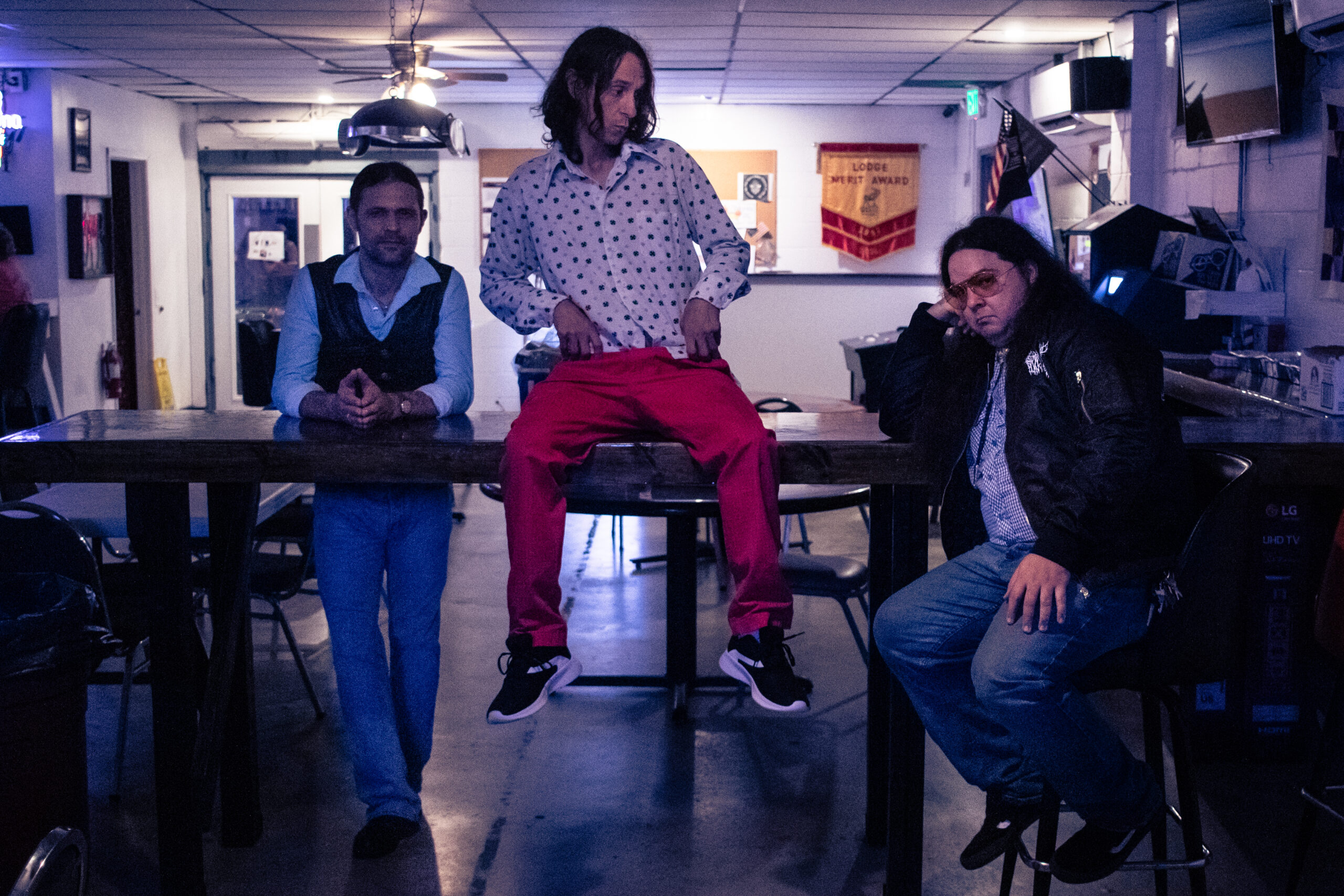 Hysteria is in. Of course, frenzy has never truly been out of season.

Contrary to the current pharma-colonization of the contemporary world, anxiety is a good thing. Agitation, emotional exaggerations, etc. might feel like the just-paroled siblings of serenity but we essentially can get off on impending something. The ancient Greeks knew this: the word “panic” was born from the arrival of the hoof-and-testosterone sporting god, Pan.

In the age of TikTok videos featuring lounging obese cats, we can rest easy in knowing that animism, the off-kilter, and socially acceptable (pl)anarchy always have a home in the human experience.

While hardly purveyors of chaos-for-the-sake-of-disruption, local trio DigDog are surely tapped into the fidgety zeitgeist. The band (Brad Metz on guitar and vocals; bassist Alexei Dotsenko, and drummer Jack Ringca) has just issued their latest full-length, Homeless Theatre. Thankfully, over the course of the album’s nine songs, DigDog don’t try to “answer” any big questions.

But don’t mistake that omission as a lack of philosophical intent, or absolute success in crafting a well-made and enjoyable album. The band is a trio, a format that can challenge musicians to simultaneously stretch and restrain their chops.

“It just happened how it happened but all of my bands have been more or less, trios,” explains DigDog founder and longest-standing member, Metz. “The original line-up actually switched instruments.”

Legendary trios like Cream, Rush, and the Minutemen all, in their own specific ways, were also driven by what would be called “virtuoso,” or at least emphatic, players. Ditto DigDog. Jacksonville has as much a foundation based in metal, a genre where technicality and precision (sadly) at times has superseded quality content.

“Jack and I were metal babies,” admits Metz, with a laugh. “I think out playing just comes out. I’m a big Silver Jews fan. They’re one of my favorite bands and they’re not a ‘technically impressive,’ like someone like Bob Dylan. I do think we like to play stuff that’s challenging. It could be a little ADD on my end.”

Barriers are soundly demolished on Homeless Theatre. Album single “One Guarantee” opens with a squirrelly, off-time guitar lick and then widens into a syncopated dirge. The trio’s skills are evident but don’t overshadow the song’s plucky topic: samsara.

“There’s one particular distortion riff in the song that reminded us of Nirvana,” explains Metz. “So, the working title became ‘Not Nirvana.’ And we wound up basing the lyrics on the opposite of nirvana: samsara, the cycle of death and rebirth.”

Again, DigDog aren’t here to supply answers. Metz sings “No Guarantee” in deliberate, reverb-drenched phrases: “Some will fail, some will excel / either way, it never ends well / I’ll never forget what you said to me / there is only one guarantee.”

DigDog’s song arrangements are too rubbery to rest into the verse/chorus/bridge/verse housing. By the end of “No Guarantee,” the trio go ballistic, playing a passage of polyrhythms wherein Dotsenko’s bass begins to play at Ringca’s cracking drumbeats, as Metz takes his guitar licks into their own parallel space. It happens quickly, almost subtly, but is surely an admirable confluence of ideas—especially when considering this is the band’s debut single for the album. In DigDog’s sound it isn’t some “anti-“ stance; it just sounds innate and natural.

During a three-way phone conversation with the band, they sound quasi-defensive about the idea of “improvising,” or even using the “jam” word, when talking about their songwriting process. “We don’t jam,” is Ringca’s terse view on the very idea. They do generate ideas while playing, so maybe it’s a semantics war. “We will have a general idea and then keep coming in towards those ideas,” explains Dotsenko, of how the band hones riffs and beats into songs.

Admittedly, Metz isn’t someone who writes “10 songs a day.” In fact, the nine songs on the album are the culmination of their efforts. Look for no outtakes or B-sides. The creation of Homeless Theatre runs counter to the underground band narrative of the past 18 months. “All of these songs were actually written in 2019, prior to the pandemic,” says Dotsenko, thus instantly neutralizing any Covid-19 commentary track.

“I think everybody is kind of going to expect [the Covid-age material],” explains Ringca. “And then if you if you’re doing that, you’re just adding to a giant wave of response that everybody in the same response is doing. Then you kind of get lost by adding to that giant wave of voices—you don’t have a singular voice.”

Contrary to the stay-at-home DIY ethos that is both sensible and, during a plague, understandable, DigDog headed to Athens, Georgia to record Homeless Theatre at Japinski Recording Studio with engineer Matt Tamisin.

Thankfully, instead of a travelogue devoted to the lockdown and sanitizers, DigDog give us the walloping tech-born  eschatology of “Sirens of Hell”; the urge to “trust your instincts” on “Tree Bones”; the title track (what began as a non-sequitur and they half-jokingly describe as their “wordy version of Phil Collins’ ‘Another Day in Paradise’”), along with hope shots in songs like “Lullaby” and  “Country Gentleman’s Club.”

DigDog was first kenneled in the nascent hatchling days of the weird-and-wooly roster of Infintesmal Records circa 2010-ish, when that label was pumping out records at a refreshingly deranged clip. Back then, DigDog (lineup one) gave the world “Slaw Dog,” a bizarro amalgamation of 1972-era Captain Beefheart riffage, chanting lyrics, and a toy piano sounding like it was exploding from actual touch. A lofty start.

The band’s subsequent albums, with different levels of consistency, remained weird and humorous, with ever-present proficiency. Although arguably the current line-up is surely the most sleek and appealing DigDog. Also, their weird mix of chaos, animal-rich fables, and odd-time signatures that never time-out as annoying are all intact. If DigDog offer any social commentary, it’s smeared in such a thick plasma of art-prog moves that it’s all quickly palatable.

“I kind of feel like this is our ‘true debut,’” explains Ringca, who has been a “new guy” in the band for nearly a decade. “We hired a publicity firm, we’re doing radio. We’ve sunk quite a bit of money into this one. This would be the first time that we’re self-releasing it so it’s also the first time that that we’re treating it as a true label would. And also, we all agree that this is definitely the best sounding record we’ve ever made.”