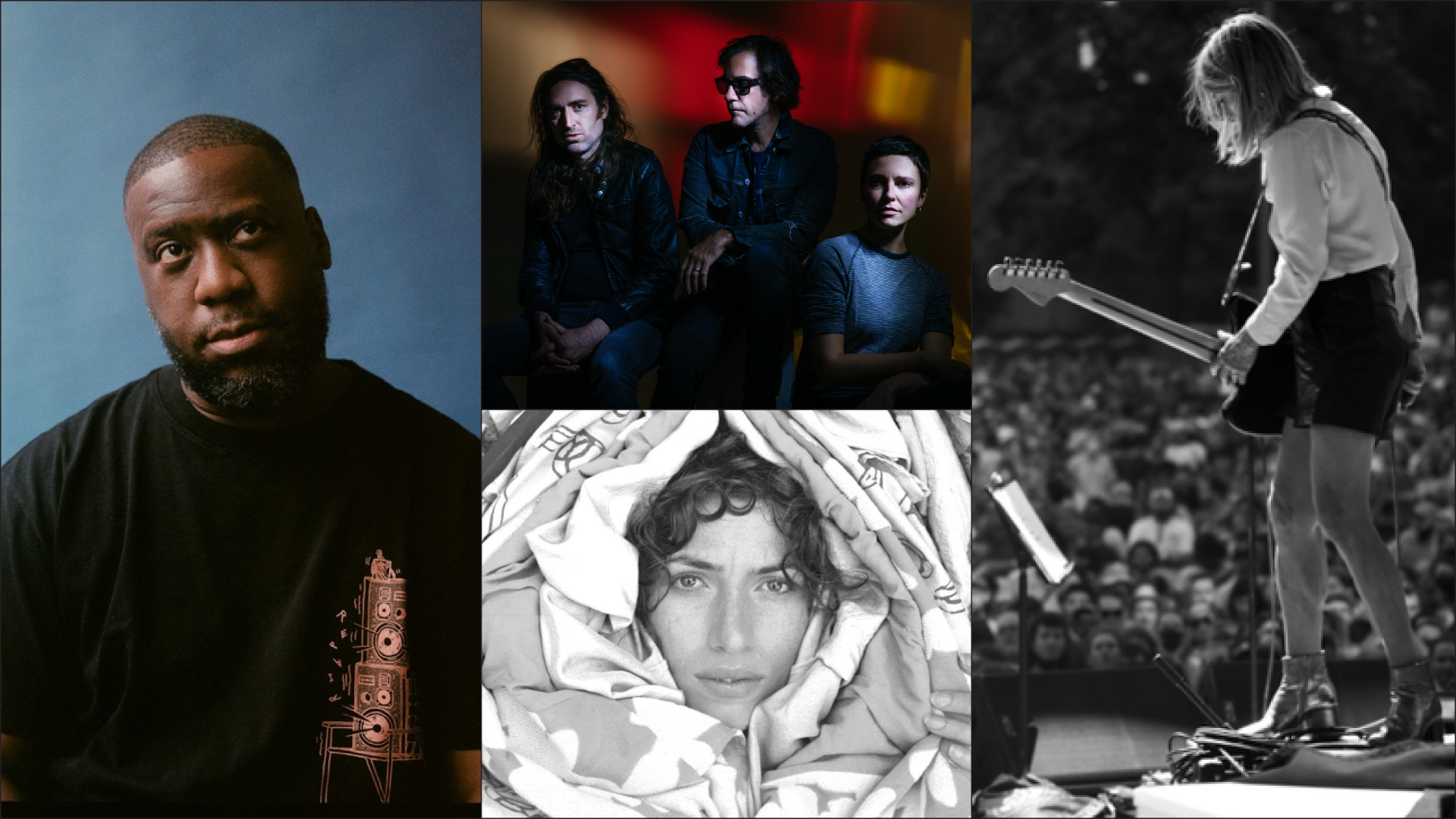 Here are four new songs (all of which appear on our latest Fresh Squeeze playlist) that the JME team just won’t shut up about.

“Take me downtown / where they go-whoa-whoa-whoa,” artist-musician-writer Kim Gordon wails over a steady groove and a fair amount of dissonance on the new track “Grass Jeans,” her first release since her 2019 solo album No Home Record. Lyrically, the song smacks of a kind minimalist art piece, with Gordon, who will forever reign as the monarch of the hip Downtown Manhattan scene that now only exists in our imaginations, painting visuals with masterful alacrity: “Condos in a row-whoa-whoa.” (Released in December, proceeds from purchases of “Grass Jeans” supported Fund Texas Choice, a nonprofit that pays for Texans’ travel to abortion clinics.) A throwback to Sonic Youth’s commercially halcyon days of (relatively) radio-friendly fare, it’s an enjoyably rugged track from an icon of rock and roll, contemporary art and indie culture. Long may Gordon reign!–Matthew Shaw

Masterful songwriter, Aldous Harding, announced a full-length, Warm Chris (out on 4AD records on March 25) with the release of the delicate breakup track “Lawn.” Light piano, thick bass and jazzy drums dance around the New Zealander’s newfound voice. Harding pulls her vocals up and out in an unfamiliar pitch to deploy scattershot lyrics (“Your B sides on the lawn / Out on the lawn / How are things with me? / All these lamps are free”). The nu-folk single is paired with a black-and-white film starring a lizard couple. Harding’s twitchy dance moves, meanwhile, steal the show as the cameras zero in on the artist’s lack of facial expressions while she gazes into the camera with zoo eyes. None of this is unexpected from an artist who stared into our souls while roaming New Zealand in a clown suit. Though Harding may be unrecognizable in frequency on “Lawn,” she stays true to her avant-garde nature.–Rain Henderson

Conductor and four-time GRAMMY-winner Robert Glasper has struck again, with a new single from his forthcoming full-length Black Radio III. Backed by a topflight duo––rapper D Smoke and singer-songwriter TGOOCH, aka Tiffany Gouché––“Shine” combines Glasper’s ear for melody and unique sense of jazz rhythms. Over  Glasper’s sonic meditation, the composer’s Californian compatriots lend their distinctive skills, Smoke’s descriptive rhymes and TGOOCH’s emotive tones delivering a heavy dose of hope in the face of adversity. Black Radio III is due out on February 25.–Al Pete

“I’m Hurt” by A Place To Bury Strangers

The latest single from the NYC trio A Place to Bury Strangers’ forthcoming sixth full-length release, See Through You (Dedstrange) maintains their signature output of inviting and brutally dark psychedelia. No small feat, as even the savviest ears can feel numbed by the current glut of Bandcamp bands operating in the capacity of drone and entheogenic-primed electronics. “I’m Hurt” is a grinder: driving oscillations, guitars dying and being reborn over a menacing rhythm, while vocalist Oliver Ackermann’s death-chant vocals tether it all together into song-dirge form. Directed by Chad Crawford Kinkle (of horror flick Jug Face fame), the accompanying video for “I’m Hurt” plays like a TikTok video of the end times: cryptic possession, foaming at the mouth, and human sacrifice—featuring the murderers wearing Covid masks. Safety first!–Daniel A. Brown

Want a full glass of Fresh Squeeze? Dig into our January 2022 playlist below.