This Tampa-based music and baseball festival is worth a swing 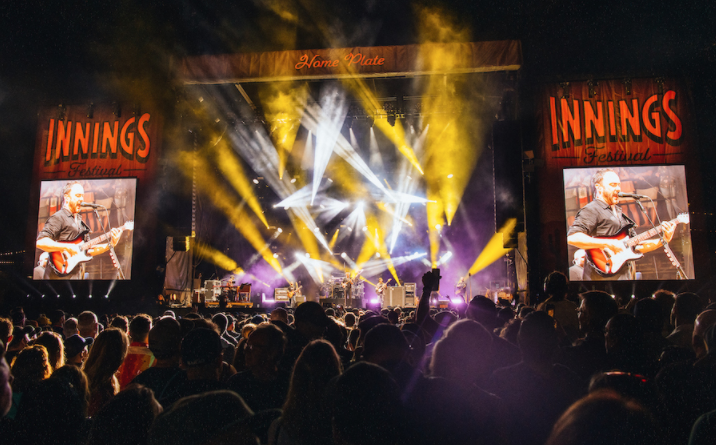 Raymond James Stadium is the home of the defending NFL champions, the Tampa Bay Buccaneers, who won the Super Bowl game in that facility just about a year ago. It was the third Super Bowl held there, but with a capacity running upwards of 70,000, the facility is good for much more than just football.

For example, one of the more interesting music festivals of 2022 takes place there on March 19 and 20. The Innings Festival features a heavy-hitting lineup of 18 acclaimed artists, including headliners Green Day on Saturday and The Lumineers on Sunday.

The Innings’ lineup also features Incubus, Wolf Alice, 311, Nathaniel Rateliff & the Night Sweats, Khruangbin, Goo Goo Dolls, Neon Trees, David Duchovny (yes, that David Duchovny, there in support of his third album) and my favorite artist in the world, Liz Cooper, whose new record I praised on this website just a few months ago.

But here’s where Innings gets interesting: Organizers are also bringing in a veritable plethora of baseball legends for autographs, photographs and, one can only hope, lots of hugs. Bucky Dent, Lou Piniella, Tino Martinez, Tampa legend Gary Sheffield and even Ozzie Smith, arguably the greatest shortstop to ever live (sorry, Jeter) will all be there, as part of the Grapefruit League Spring Training Experience, which will make for an interesting mix of people that weekend.

It’s a three-hour drive from downtown Jacksonville, if the traffic gods are smiling down on you––which, assuming that your trip requires taking the 301 to I-75 on a Friday morning, they certainly will not. But that’s fine; there’s no rush, and plenty to see along the way.

Innings Festival takes place at Raymond James Stadium in Tampa, FL on March 19 and 20. Tickets are available at inningsfestival.com/florida.