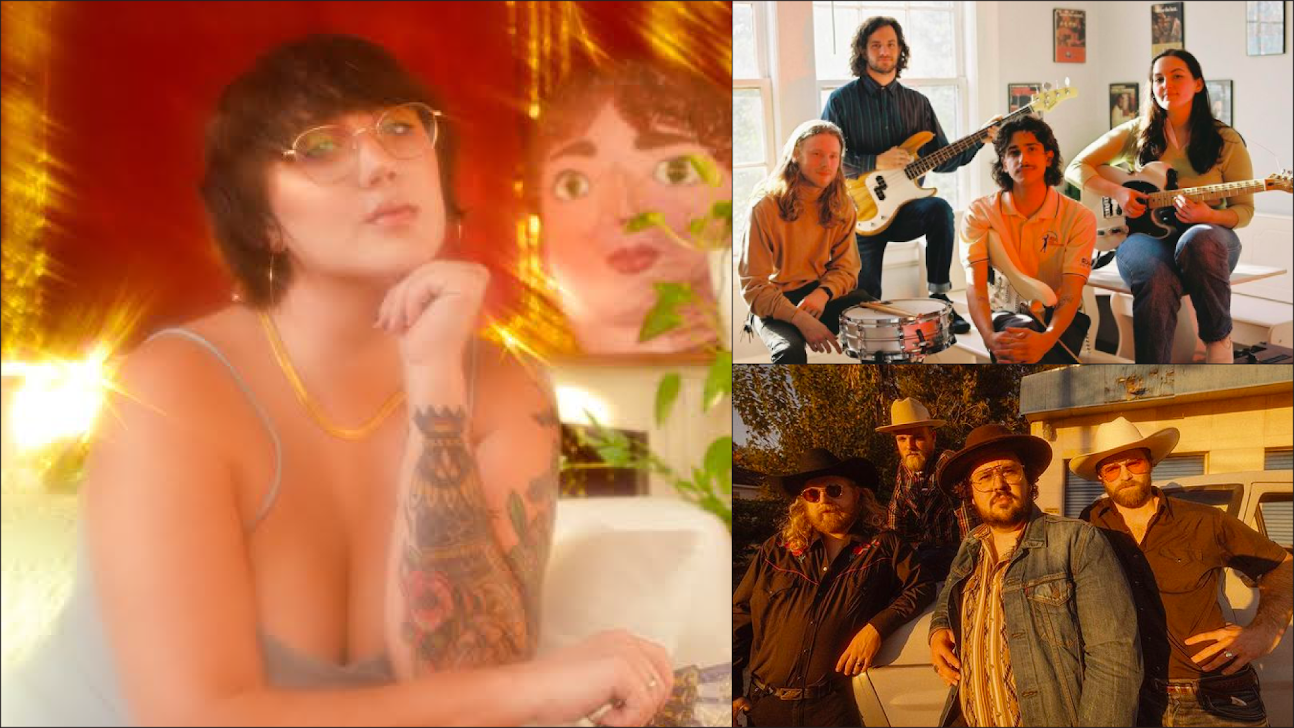 The Jacksonville Music Experience team keeps its collective ear to the ground in Duval County in order to put the spotlight on the beautiful noise emerging from the First Coast and reverberating across the globe.

Indie singer-songwriter Alexis Rhode, aka Bad Madonna, has released a video for a new tune called “High Resolution.” Though the song is technically Bad Madonna’s debut single, Rhode is well-known among the city’s insular community of song crafters for her top-flight voice, melodic sensibility and lyrical dexterity. “High Resolution” is a slow-burn indie-folk number, with Rhode waxing poetically about unrequited love and the inherent irony of our hyper-connected, hopelessly disconnected modern world (“High resolution you can see where it’s bruising / high resolution but it still feels like I’m losing”). The gorgeous, though undeniably wacky, video finds Rhode, despondent after losing her paper-mache-headed love interest to another paper-mache-headed suitor, nursing her dejection with knips off a bottle of cheap white wine. We’ll undoubtedly see and hear more from Bad Madonna in the near future. And we should all, cheerfully, drink to that.–Matthew Shaw

“Right on Track” by Dean Winter and the Heat

The just-released single from Duval roots-rockers Dean Winter and the Heat is a refreshing and potent slab of 21st-century country music. While the music and performance are top-tier enough to garner a larger audience, “Right on Track” plays more broke-down honky tonk than corporate-branded arena hall, void of any of the slick production and insipid “patty cake, patty cake” chanting anthem (“chanthem”?) that plagues and stupefies much current “hit country music.” Driven by an impressive barrelhouse piano push, the guitars pluck through phase effects that tip a hat to ‘70s Waylon Jennings, the rhythm section and pedal steel play it strong but loose, while Winter sings a story of broken hearts, an empty wallet, restlessness, eventual hope, and the kind of blunt insight and existential reveries that keep true country a viable and savvy genre. Good stuff.–Daniel A. Brown

-Stream “Right on Track” on Spotify

Local indie-rock darlings Bobby Kid are back with “Pumpkin Song,” the group’s first new music since 2021’s double-single release, which included the songs “Blue” and “Dissonance.” “Pumpkin Song” is  “…about bereavement and the bittersweet beginnings of a new year,” bandleader Anna Lester wrote in an Instagram post announcing the song’s release. “The new year came and went / there’s still a pumpkin on my porch,” Lester sings, harmonizing with her bandmates over acoustic guitar strums and watercolor smears of ambience. It’s a solemn but hopeful track, and a signal that we may very well expect more from Bobby Kid in 2022. We can only hope.–Matthew Shaw