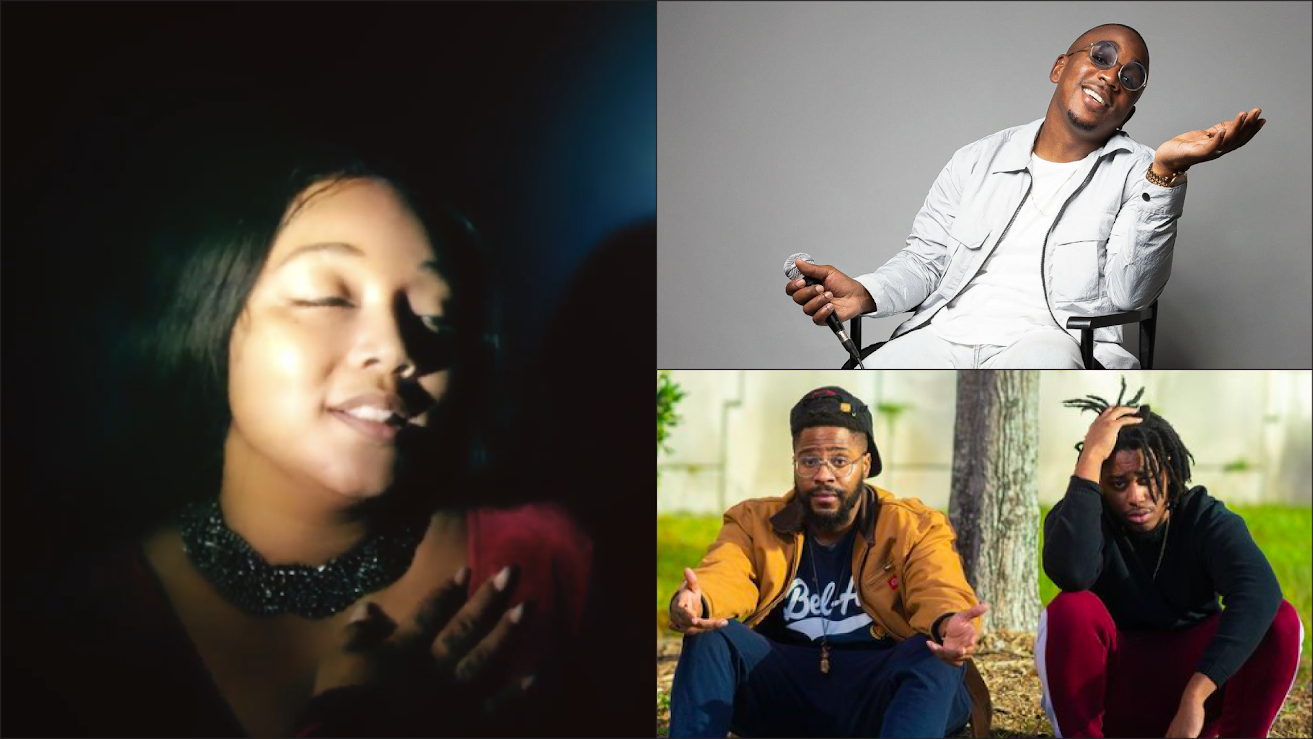 Credit: (Clockwise from left) Che Forreign of L.O.V.E. Culture, King Chav and Flash, The Samurai and IntricateTheAlmighty courtesy of the artists

The JME team is always keeping its ears to the ground. And this week, we came across three releases from Jacksonville artists we thought were worth a share.

Here’s a few locals we’ve been listening to.

What’s more dangerous than a lyrical swordsman? Two lyrical swordsmen. Lethal Duval emcees Flash, the Samurai and IntricateTheAlmighty join forces on the new and anthemic tune “Dream Foundation.” As the two lyricists slice and dice, producer Offbeatninja swings his own iron of low-key melody and high-power drums. With that, Flash and Intricate puncture the sound with punchlines and affirmative statements.–Al Pete

-“TO2S” will be available to stream in the coming months

Duval hip-hop collective L.O.V.E. Culture continues to build on the momentum that’s currently behind its latest full-length, 1827 N. Pearl, with a new video from one of the record’s standout tracks, “Down.” Collective members Rob Mari and Easyin2D spit progressive fire over a downtempo jazz-infused groove on verses that intersperse a sweltering hook by Che Forreign.–Matthew Shaw

-Stream “Down” on Spotify

During the period of a boy converting to man, there are growing pains and lessons to be learned. On the new track “Baby Boy,” King Chav completes the assignment and illuminates his own journey beyond adolescence. Singer Kaeli Roselle lends a sultry voice of reason, reminding the narrator to be mindful of rushed actions. Extra credit to Chav for the topnotch production and accompanying visual.–Al Pete

Want more music from local, national and international artists handpicked by the JME team? Dig into our Fresh Squeeze playlist.