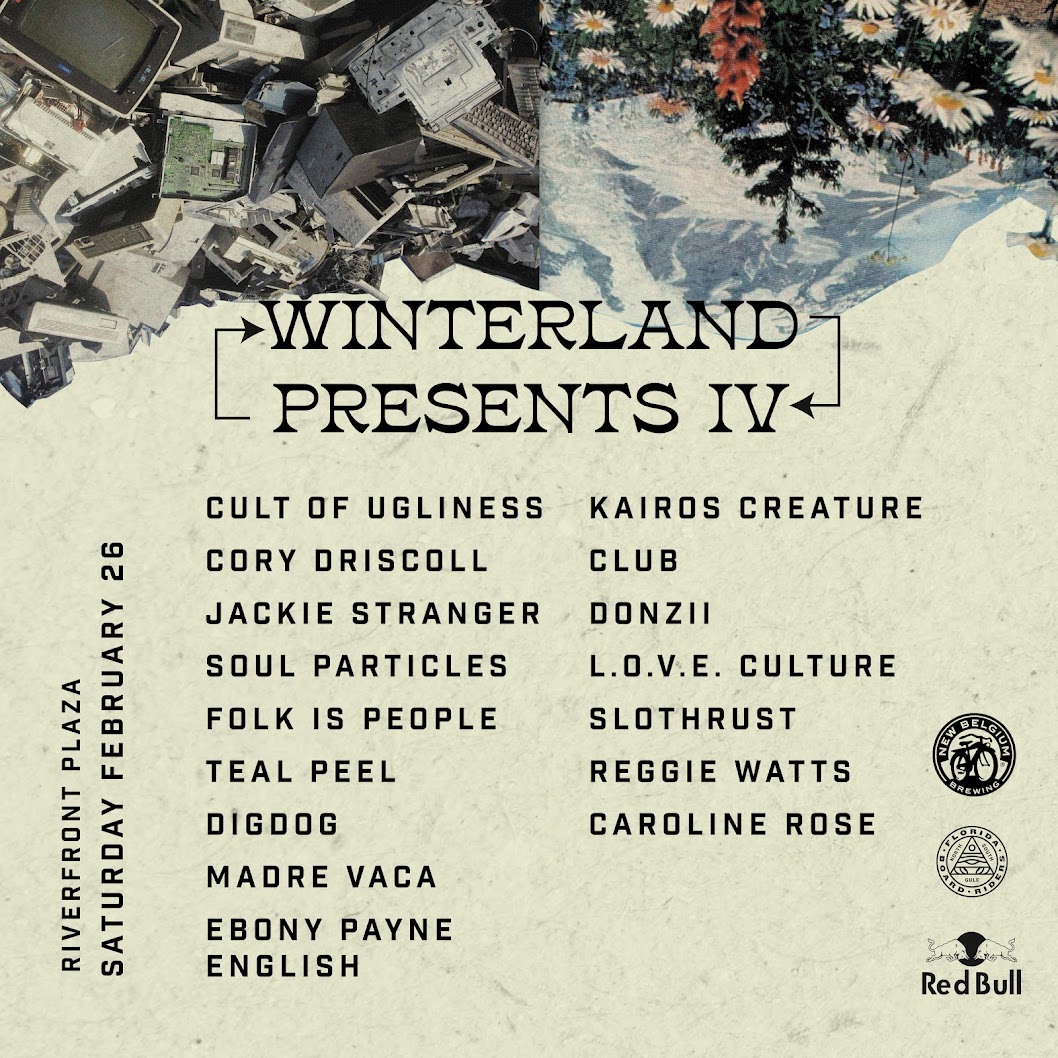 In November, we learned that locally founded, independently operated music festival Winterland would return for its fourth iteration, bringing an intriguing mix of headliners including indie rock outfits La Luz and Slothrust, as well as alt-country singer-songwriter Caroline Rose and multi-hyphenate Reggie Watts to Riverfront Plaza (the former site of the Landing) on February 26 and 27.

The festival runners have now revealed the full Winterland IV lineup, which includes dozens of local and regional artists. Highlights from Saturday’s lineup include locals Cory Driscoll, Folk is People, Teal Peel and L.O.V.E. Culture taking the stage before the evening’s headliners Slothrust, Caroline Rose and Reggie Watts. Regional acts such as popular Tampa indie quartet Glove and Miami’s Las Nubes will perform alongside locals Bobby Kid, Sailor Goon, Dean Winter and the Heat and LPT on Sunday, before La Luz closes out the evening.

Winterland IV will be free to attend, but the festival runners are offering support packages to offset the costs of putting on the festival. The support bundles are filled with distinctive festival swag, as well as a reusable cup that will get you discounts on alcoholic beverages while on festival grounds.

For more information on Winterland IV or to purchase a support package, visit winterlandiv.com.