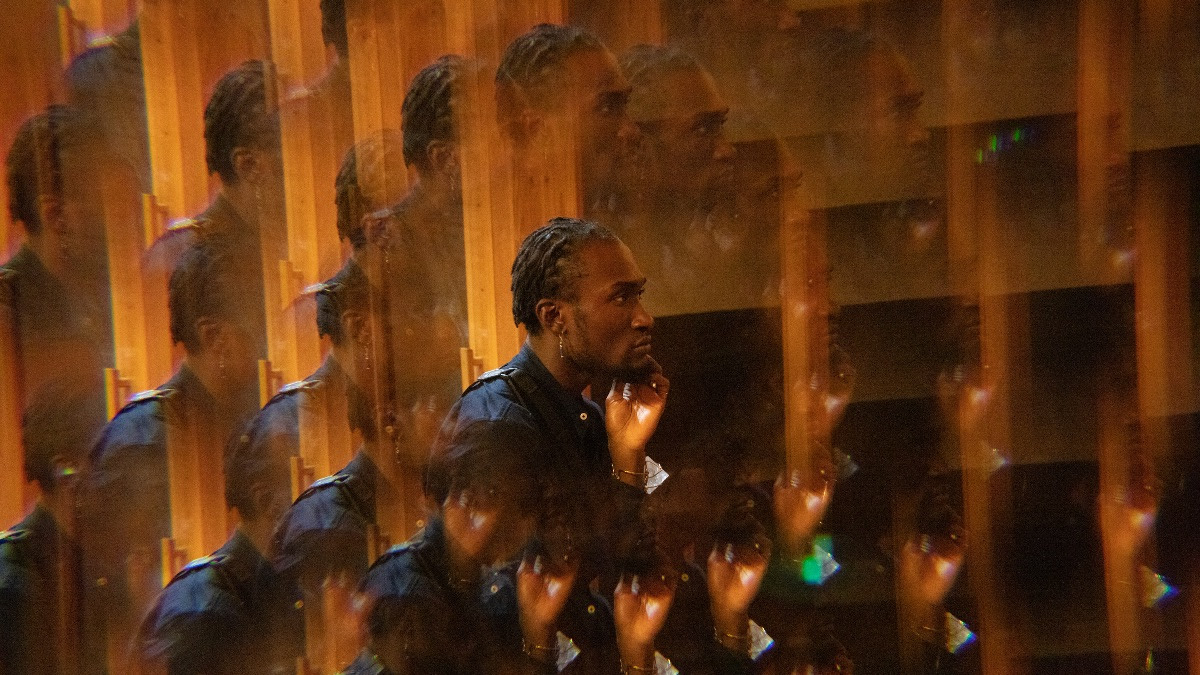 We’ve written in the past about “Lift Ev’ry Voice and Sing, the classic penned by Jacksonville’s own James Weldon and John Rosamond Johnson in 1900, which has found a vast range of expression over the decades, en route to becoming (soon) the official National Hymn of this country. You can now add a surprising new entry to the long list of legends who’ve taken this vocal vehicle around the block: Isaiah Collier & the Chosen Few.

One of the rising stars of the Chicago music scene, at just 23, Collier is releasing “Voice” as a single, b/w “Guidance” (Yoruba Soul Mix) on Division 81 Records. It’s the only cover on an album otherwise comprised of originals. “Cosmic Transitions” was recorded in just one day–to be specific, September 23, 2020. It would’ve been John Coltrane’s 94th birthday, and Collier had written an entire five-part suite in tribute to his predecessor on the tenor saxophone. Joining Collier on the track: the Chosen Few, which includes, Mike King on piano, Jeremiah Hunt on bass and Michael Shekwoaga Ode on drums.

The historical implications of this recording is boosted, given that it was recorded at the legendary Rudy Van Gelder Studios in Englewood Cliffs, NJ. Van Gelder (1924-20160 was arguably the most important music producer in history (but that’s a debate worth having), known primarily for his work with record labels like Riverside, Prestige and especially Blue Note. He also worked extensively with Coltrane during his most formative period; his first 18 studio albums were recorded at the original RVG studio in Hackensack (which Monk wrote a song about), as well as later classics like “Ascenscion” and “A Love Supreme”.

Basically, all of Coltrane’s recorded work, aside from a brief period at Atlantic Records, was somehow filtered through the auditory aesthetic of Mr. Van Gelder–who, incidentally, helped usher in the concept of the “live album” through his recording of Coltrane at the Village Vanguard in 1961.

All this adds an extra layer of synchronicity to Collier’s rendition of “Lift.”

“We decided to go into the Studios of Rudy Van Gelder’s for a couple of reasons,” explains Collier. “That’s because we were enduring another struggle in Black culture/America, and ‘Lift Every Voice’ serves as an ode to our survival. Our never yielding faith and also as a requiem for every person who was a Black American and was slain unjustly. Persecuted, prosecuted and even stripped of dignities being seen as men, women and children.”

As one might expect, the combination of music and musicians, setting and sentiment, made for a perfect storm of creativity, and the results are stunning. “Cosmic Transitions” was an immediate entry on the list of best jazz albums of recent years. It’s incredible to consider that the whole thing was recorded in just one day, but then again, that would be very consistent with the kind of work-rate the men like Coltrane and Van Gelder were known for.

“‘Lift Every Voice’ reminds us to weather the storm and remember that the sun always comes shining through. ‘God of Our weary years, God of our silent tears.’ It’s a song that speaks to everyone who faces adversity on a daily basis. Our hearts sing with determination and resolve. We will continue until victory is won.”

The Johnson Brothers would be surely thrilled to hear this record, and so will you.