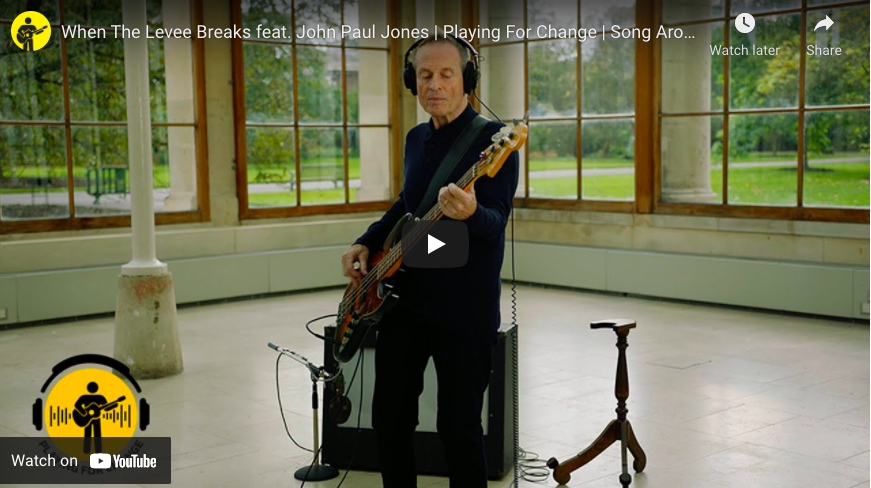 Even in a band mired in both cultivated and imprinted mystery, John Paul Jones of Led Zeppelin is one of its more inscrutable, un-trackable members.

Jimmy Page lives a life of inviolable privacy, which is hardly surprising. Although Page advanced guitar exploration and music production by light years, he’s routinely click-baited as a Satanic hedonist. While gentler around the edges and innately more open to the press, Robert Plant is commonly reduced to a lion-maned sex Adonis in lieu of the blues and folk music aesthetic that his career decisions reveal. Before his death in 1980, drummer John Bonham’s fundamental contributions to contemporary percussion yet he can still be overshadowed by his Falstaffian appetites.

Then we have Jones. In the past thirty years, Zeppelin’s former bassist-keyboardist-arranger extraordinaire  worked with artists who are innately un-populist and unique: Robert Fripp, the Butthole Surfers, and Diamanda Galás, to name but a few. In concordance with what can be called the “Dave Grohl Law,” he joined up with the Foo Fighter for the project, Them Crooked Vultures—Jones’ only real contemporary concession to greater attention.

Most recently, Jones worked with cellist Anssi Karttunen; in 2019, the duo performed with experimental musicians Jim O’Rourke and Otomo Yoshihide; another lateral move by Jones in challenging any expectations of a rock legend.

So, the arrival of his insta-viral reworking of Zeppelin’s 1971 “When the Levee Breaks,” released as a video featuring a global all-star cast of both known-and-unknown supporting musicians, only adds to Jones’ savviness and nebulous career arc. This upgrade of “Levee” (itself originally released by Kansas Joe McCoy and Memphis Minnie in 1929) intends to raise awareness of the non-profit Playing For Change foundation’s conservation efforts as well as their Songs Around The World initiative — which raises arts education funding for youths in poor countries.

Shot on location at each guest artist’s locale from Norway to Nigeria, Utah to New Zealand, and all points beyond, in addition to Jones on bass guitar, the supergroup boasts 20 musicians, including Alfredo Arce, Ben Lee, Buffalo Nichols, Davey Chegwidden, Mermans Mosengo, Stephen Perkins, Mihirangi, and, in two prominent scenes and musical contributions: Jacksonville locals Susan Tedeschi and Derek Trucks.

At press time, the fundraising in conjunction with “When the Levee Breaks” has raised more than $40,000 since its February 18 release.

In this article: Derek Trucks, John Paul Jones, Playing For Change, Songs Around the World, Susan Tedeschi and When the Levee Breaks