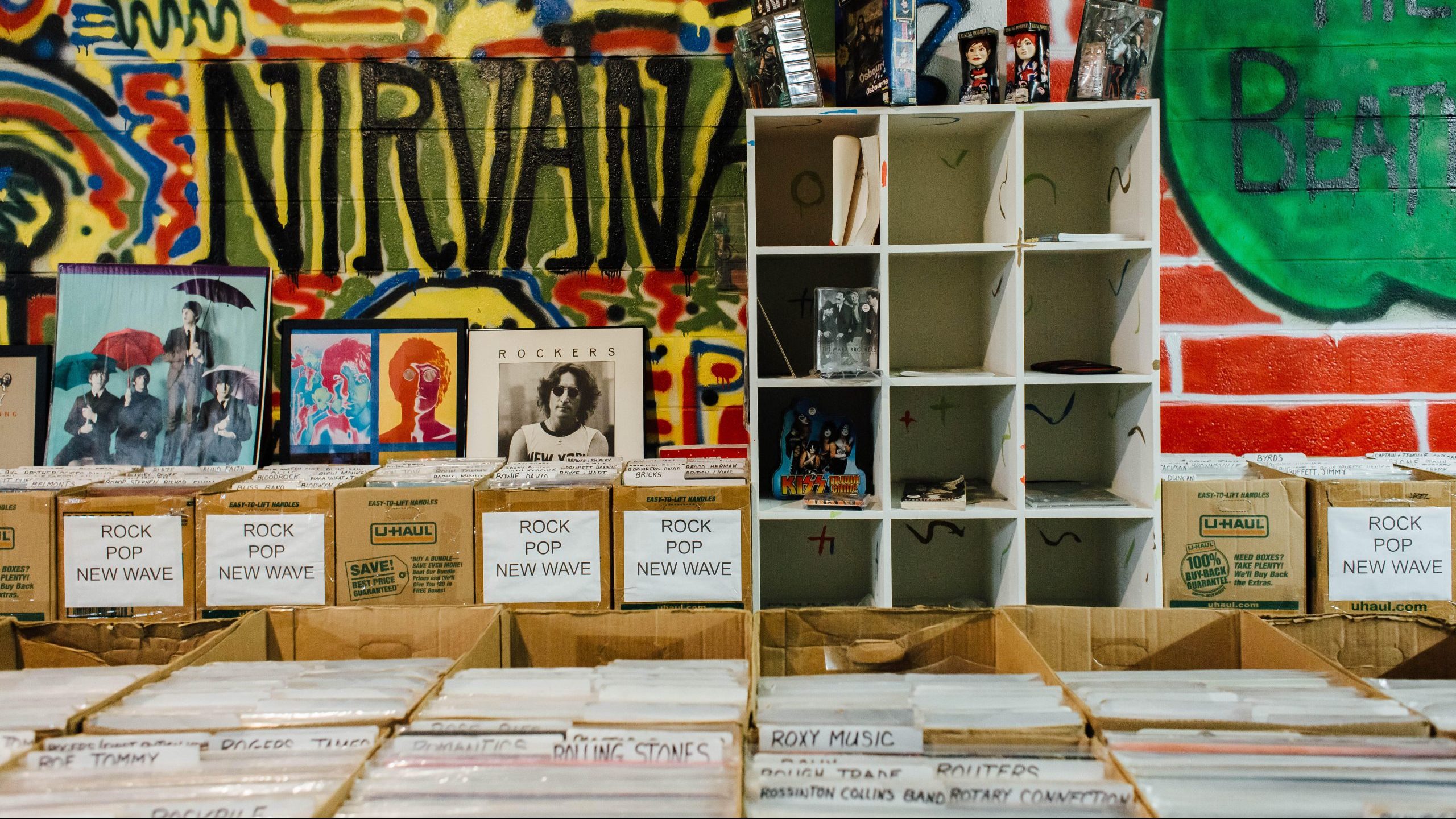 Original pressings. You know, those sonic talismans capable of bestowing impenetrable cool on whomever has the (substantial) means to remove them from whence they are displayed –– proudly on a shelf behind the counter at most record stores. But, as a wise man once said: Cool is for corpses. Or, in this case, record collectors with disposable income.

For most crate diggers, though, if one wants to drop the needle on a classic or obscure album, a reissue is the only viable option.

Still, the reissue game is strong these days. With many formerly ultra-underground acts –– see: the entirety of the Zamrock canon –– finally getting the wide distribution they deserved long ago.

In their own way reissues are the least pretentious listening experience; i.e I love, therefore I buy.

JME team members recently dug through their own collections to proudly display one of their favorite reissues.

Over the past year I had to let go of the mindset that I had to own original pressings of certain records –– this was largely due to the exponential increase in costs, whether resellers on Discogs or at brick-and-mortar shops. The exclusivity factor wore off once I realized the repress of an album made me just as happy (I can hear the heads of audiophiles exploding as I type this). Such was the case when I bought Labi Siffre’s third studio album Crying Laughing Loving Lying. My obsession with owning the record came from hearing just one song: “My Song” (which Ye famously sampled on “I Wonder”).

As a kid, I remember buying entire full-length CDs, even though I’d heard only one song. The purchase was always a gamble. This gamble worked in my favor, as Crying Laughing Loving Lying has become one of my favorite purchases in recent history. In the days after I brought it home, the album played almost uninterrupted.

What Siffre was able to do with just his words and a simple folk melody completely gutted. Discovering new artists always sends me down a rabbit hole. And my discovery of Siffre was no different. Reading about his life in the ‘70s as an out, gay, Black man who was pressured to remain closeted for the sake of selling records, then eventually having two husbands in a ménage à trois situation, and living on the side of a mountain in Wales, only made me love him that much more. And to think, I would have been deprived of all of this had I continued waiting to own an original pressing.—Toni Smailagic, Cre8Jax

Thank goodness for having friends that know your taste in music. It also helped that I had long ago made my friends aware of my desire to own my favorite Outkast album on vinyl. To think about what Outkast has done for me and the music world (and beyond), having this treasure in my collection of records was definitely a gift. The drum-less, but infinitive quality of the production on “E.T. (Extraterrestrial),” along with the Big Boi and Andre 3000’s cadences and flows is really perfect for the long-play vinyl format. Other songs like “Mainstream” and “13th Floor/Growing Old” have full instrumentation that fleshes out all that was innovative and unique about Outkast in that era. In simple terms, listening to a classic “CD” on vinyl gives a greater experience and appreciation for the record and artist.–Al Pete

On the hunt for easy listening, I was lucky to thumb across the face of 1960’s French-pop musician Francoise Hardy. She was tucked into the “new arrival” section of Jacksonville’s popular Tiger Records awaiting a hopeless romantic to steal her away. Though her debut album technically had no name, many refer to it as the most popular track on the record, “Tous Les Garcones Et Les Filles” (which topped the charts almost immediately). My first dose of Hardy came from the classically twee Wes Anderson movie, Moonrise Kingdom, her sentimental tone perfectly reflecting the awkward prose of new love. Hardy’s wallflower personality separated her from the rest of the ye-ye pop genre. Instead of brightly colored hair bows and the common “ooh-ahh” harmonies, Hardy covered her face with long bangs and sung folkier, melancholic ditties. Hardy’s songs are open and sincere (if you can understand French, of course) and are known to have influenced musicians like Bob Dylan and Mick Jagger. Tous Les Garcons Et Les Filles endears past, present, and future generations of shrinking violets and anyone who loves them.–Rain Henderson

On a recent visit to Downtown Miami’s Sweat Records (which, BTW, has a wonderful and eclectic mix of compilations of really interesting reissues –– from calypso to zamrock to ‘60s Peruvian psych rock), I felt the pull toward the reggae bin and came across a record by a group called the Twinkle Brothers. I knew nothing about the band, nor the album I held in my hands: 1975’s Rasta Pon Top. I did know enough about Channel One Studios, where Rasta Pon Top was recorded, to know that, around that era, the studio served as home base for a legendary Kingston duo: The powerhouse rhythm section of Sly & Robbie. That information alone was enough to risk the $22 sticker price. And I’m glad I did. Songs like “Barabas” and title track “Rasta Pon Top” are in-line with the cosmic-leaning soundscapes and liturgical lyricism of ‘70s roots-reggae artists like Burning Spear, while other tracks like “Beat Them Jah-Jah” harken back to The Melodians and similar rocksteady groups of the 1960’s. Overall, a highly enjoyable listen;  deserving of a repress.–Matthew Shaw

Only 50 years after its original release the soundtrack from the cult-classic film Harold and Maude came out on vinyl in February. The reissue includes all of Cat Stevens’ songs and select dialogue from the film. Dropping the needle on this one brought back all the warm memories of 1972 and the first time I saw Harold and Maude and heard these songs. Crate digging is never better than when your find is spinning at 33 ⅓ rpm’s and transporting you to another time and place.–David Luckin

In 1976, Mort Garson and his Moog synthesizers made an electronic album composed of “warm earth music for plants… and the people that love them.” Garson, a Juilliard-educated Canadian arranger, composer, and self-proclaimed “idear” was a regular in the post-war-pop era. His earliest works include two Doris Day records and Mel Tormé’s Right Now!  He eventually grew tired of the constraints of pop music and fell in love with the then-newly-minted Moog synthesizers. Plantasia is full of simple intertwining melodies aloft supple, early synth pads that can totally fade into the background in the best way. Garson’s works are as eclectic as you’d imagine from a person who concocted an entire album meant to boost the mood of your house plants. Fun fact, he is also responsible for the intermittent sounds and music during the live stream of the Apollo 11 moon landing. His name has largely flown under the radar, arguably due to the discretion of his sounds –– he blends in. After years of cult success on YouTube, Plantasia was finally repressed in 2019 by Sacred Bones records. According to the label, “well before Brian Eno did it, Garson was making discreet music, both the man and his music as inconspicuous as a Chlorophytum comosum.”–Glenn Michael Van Dyke