Buffalo Nichols Pushes the Blues into its 21st-Century Phase

The buzzed-about musician believes the blues is, generally, not cool 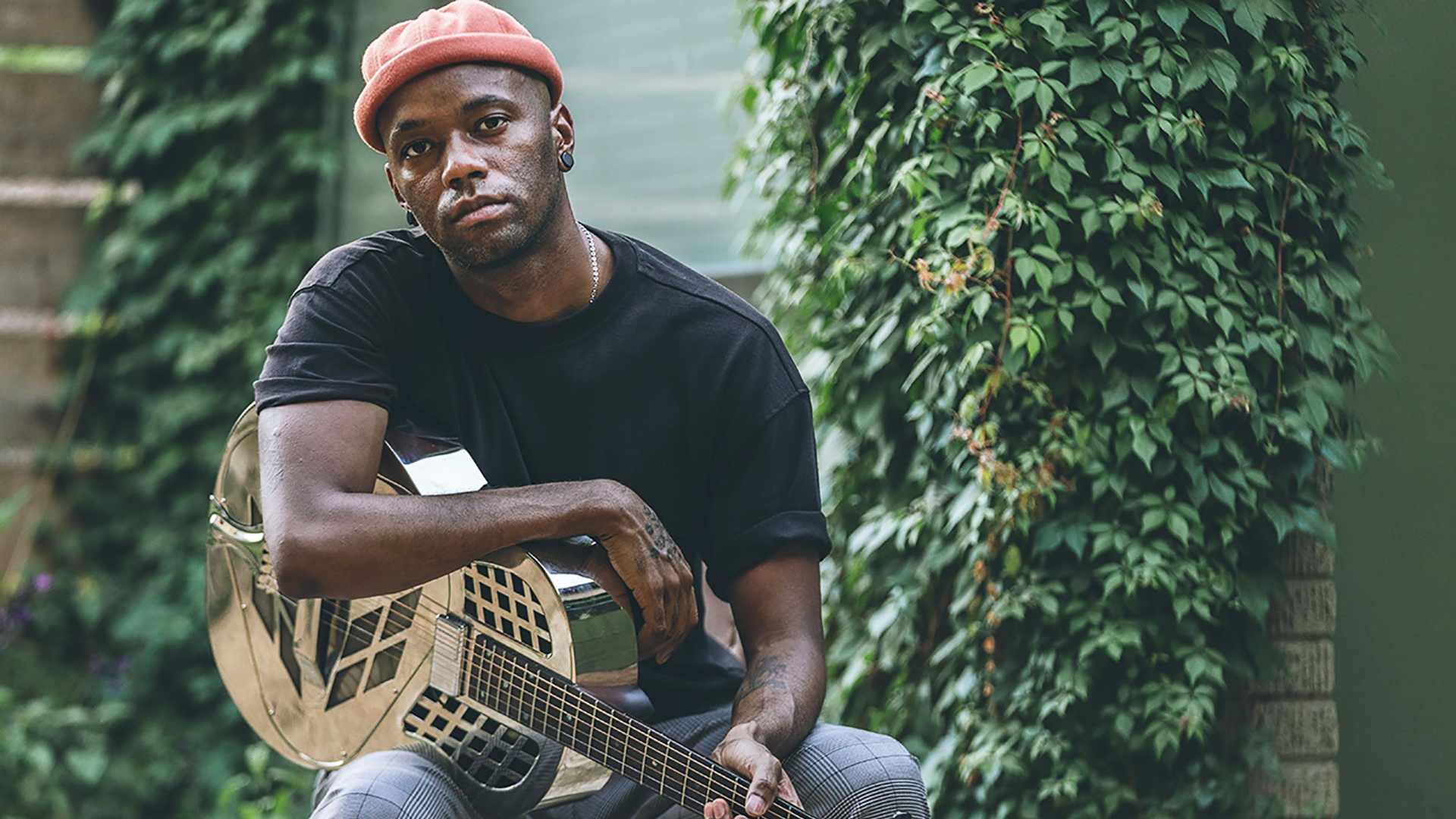 When it comes to performing his music to an unfamiliar, new audience, Carl “Buffalo” Nichols has no expectations. While his music might be framed within the blues expression, Nichols is being rightfully lauded for his inventive personal approach to taking the music out of any rigid confines.

After 12 years of performing as solo artist or with his early Americana-style duo Nickel & Rose, he shows up to each performance with “an open mind.” The current tour in support of his self-titled debut album on Fat Possum Records will find the 30-year-old Milwaukee native playing as far afield as Waverly, Alabama to a festival in Brighton, U.K.

When Nichols performs in the intimate environs of the Blue Jay Listening Room in Jacksonville Beach, local listeners will be able to hear him in his preferred setting.

“The size of the venue definitely changes the performance. More than the actual size of the crowd, it’s more of the energy, because sometimes you can be playing in front of 500 people, and they’ll just be listening and you can do whatever you feel is appropriate,” says Nichols. “And you know, the energy’s just really high, and you have to be loud. Right? It really depends on the vibe. Well, I don’t want to use that word, but the energy that is created by the small venue just lends itself better to people listening to the lyrics and, you know, the musicality of it.”

Critical buzz has been high on Nichols. And rightfully so.

The media blitz has included a recent NPR Tiny Desk Concert, where he flexes his steel-guitar chops that accent harmonic ideas that tap into greater global influences, and versions of his original tunes that play out like rootsy existentialism. Nichols is the first solo blues artist signed to Fat Possum –– a revered independent label that got its start by recording previously unknown Mississippi artists –– in more than 20 years.

“But I do think generally there is this idea that [blues ] is not cool. And I tend to agree with that. But that’s the problem of painting the whole genre with just one brush does.”

The eight-song Buffalo Nichols kicks off with “Lost & Lonesome,” featuring a rolling, finger-picked guitar pattern that evokes the languid propulsion of both Mississippi John Hurt and John Fahey. The lyrics are an acknowledgment of the state of isolation-in-motion, even a celebration of living as an eternal passerby.

“Living Hell” addresses the fire-and-brimstone damnation that populates much traditional blues, a belief that surely fans the flames of dogmatic religion; also sung from Nichols’ perspective of one who’s “looking in,” rather than that of a true believer.

“I always took in religion as sort of as an outsider: I spent time in church, but not as a follower, just as a musician. There’s sort of, I guess, a spiritual element to that song, but the song is more about somebody who’s just trying to figure out their own interaction with right and wrong and the concept of universal justice. Whether you think of it as karma, or you know, heaven and hell and all these things. It’s just really looking hard at, ‘Why do we choose good and evil?’ And what is the punishment if there is any, and what is their perception of it?”

“Sick Bed Blues” was originally recorded by the venerated pre-war blues pioneer Skip James. “He was a big influence for me, just because I couldn’t get over listening to his later 1960s folk-revival recordings that are a lot more high fidelity. You just really hear, first of all, how original he was, you know, especially because he’s singing the songs that he was composing in the 1930s. And they sound like somebody could sing them today, and they still feel fresh. And he just has this really haunting energy about his music. I think that was one thing that just made me feel like the blues doesn’t have to be a cliche, you can be original and still be traditional.”

Nichols has been an outspoken critic towards the very real phenomenon of the disproportionate demographic of white, and usually baby-boomer-aged, audience members and even performers in contemporary blues. Since he’s been so vocal about this reality, much of his media attention has locked in to his speaking his own truth—and a blunt, true racial reality—about the blues scene, that could be cultural, or even systemic.

“I feel like I talk this one to death…” he says, obviously ready to move on from the topic. “After years of going to blues concerts, and the performers and audiences seem to get whiter and whiter…I don’t know how to put it. You start to feel like it’s not by mistake. You know what I mean?”

Nichols cites peers like Christone “Kingfish” Ingram, Adia Victoria, and Jontavious Willis as similarly minded, young artists who are also pushing the blues form into new directions. “I feel that we’re all sort of working towards something and it might not even be until after the fact that we see the connection, but I feel like we’re all sort of on the same page and the intent is similar for a lot of us.”

While the aforementioned white baby boomers are clearly blues fans, along with coy guitar shredders seemingly hellbent on taking the music and polluting it with fretboard acrobatics, the tastemakers of new music have been more reticent to chronicle forward-thinking blues music. Other than the ‘90s “discovery” of the then-decades-old careers of some North Mississippi musicians, the blues has had little or no coverage by well-known, independent media outlets. Since its inception in 1991, Lollapalooza has had a whopping two blues artists perform. This July, Nichols performs at the festival in Chicago.

“I don’t even want to call it a misconception, but people have their own preconceived idea of what the blues is. And I don’t know if it’s right or wrong, but everybody just thinks that it’s something different. But I do think generally there is this idea that it’s not cool. And I tend to agree with that. But that’s the problem of painting the whole genre with just one brush does. I think generally you find a lot of kind of lame, uninspired stuff in the blues, but there’s also a lot of really creative and interesting people in it, and it’s dangerous to even use that title to describe yourself because then you’re stuck with these stereotypes. But I think the coolest thing about what’s happening right now is a lot of people are not afraid to call themselves blues or to identify that way. And they’re going to do the hard work of representing themselves to the audience instead of just letting the genre do it for them.