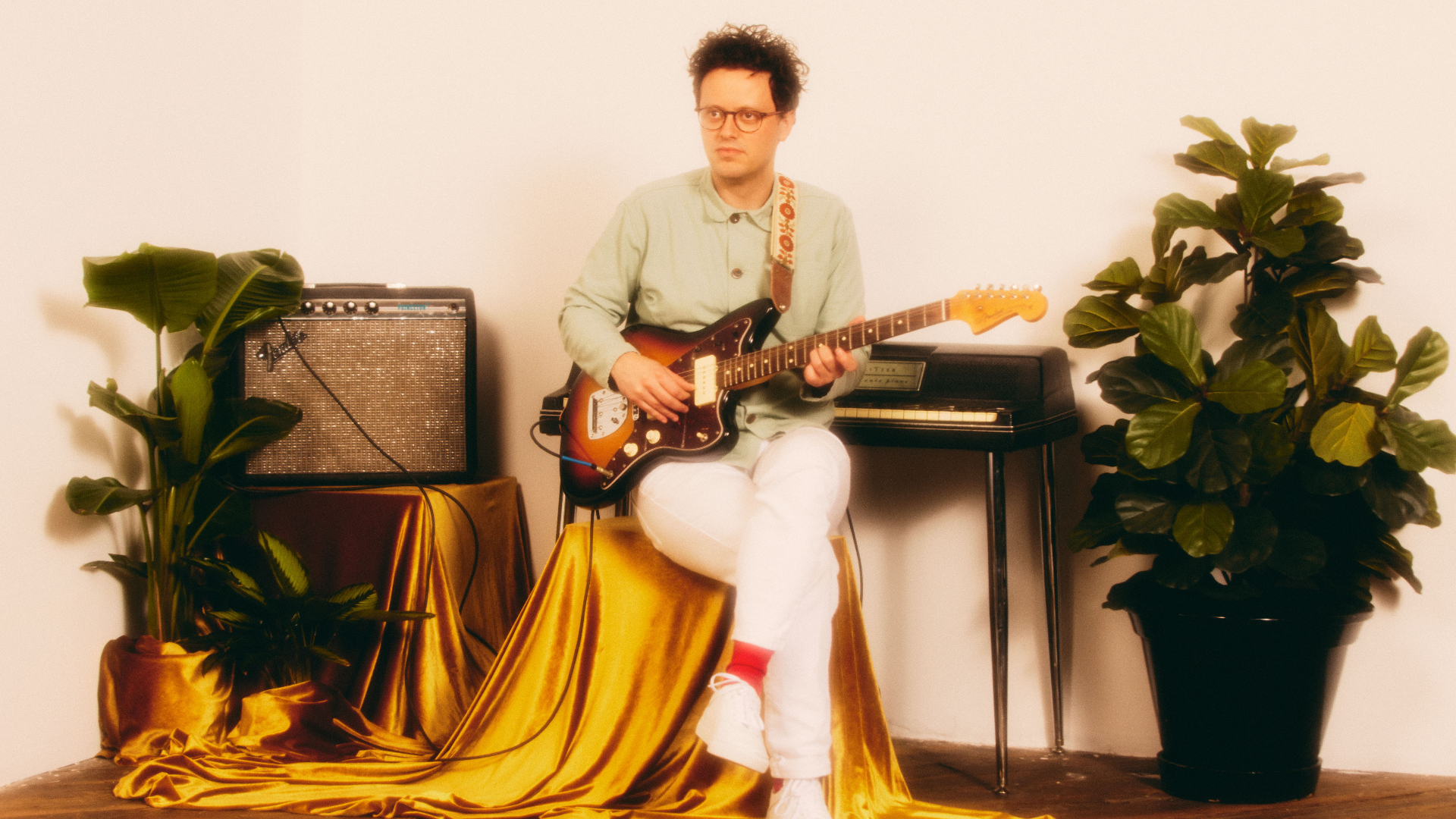 In an era in which music streaming services seem to encourage consumption of singles, Jax-based singer-songwriter Cory Driscoll writes tunes based around a theme in order to create an entire body of work –– it’s called an album, kids.

Driscoll’s been in several musical projects over the years, but his first record under his given name, 2018’s Tropical Depression, was filled with earnest indie-folk tunes chronicling an anxious period between the landfalls of hurricanes Matthew and Irma, each song building more sonic and metaphorical layers.

Driscoll’s got a new record, Eureka Springs, on which he, backed by a group of nine other musicians, tells the story of two simultaneous journeys –– the physical one is a father and daughter road trip, while the other tracks an emotional recovery after the dissolution of a romantic relationship.

Driscoll recently dropped by WJCT Public Media to talk about how a journey to America’s heartland inspired his new record: Eureka Springs. You can listen to the interview below, or scroll down for a full transcript of our conversation.

This interview has been edited for length and clarity.

Now before we unpack the overarching theme of this record, I want to start with the album opener “Ahead of My Heels,” because this starts the journey that spans the album’s nine songs. Tell me about how “Ahead of My Heels” sets the stage both sonically and metaphorically.

I wrote “Ahead of My Heels” first of these songs, and it sounded to me the most like Tropical Depression –– the record prior. And I guess, yeah, I was sort of still in this tropical, or tropicalia-folk space, and I wanted to get out of that. And so really, I was looking at what other landscapes might I garner a sound from. And that sort of gave way to the rest of the record developing and the theme developing.

But “Ahead of My Heels” starts really on the coast. And the idea of the record is that we are moving ever closer to the center, or to the heart of the country throughout the record after that. The song kind of brings out two distinct parts. And the first is very much like we’re on the beach. And then the second portion, the sort of Bossa Nova, is like starting to almost sort of zoom out or start to feel a distance from the shoreline.

Eureka Springs’ fourth track is “All Great Love,” the first single you released from the record. And this seems to be where the narrator is placed emotionally somewhere on the spectrum of accountability, forgiveness and progress. It’s about an ending, but not necessarily a sad song, right?

Yeah, that was really the goal. Just that notion of, you know, love, or the feeling of being in love. I’ve written about, you know, we were in the same place at the same time, we sort of we met each other there. And I wanted to write a celebratory song of the last time we ever met. That idea was enough me to say, “Let’s think about how to celebrate an end.” And it being in the middle of the record –– and at the beginning of a, let’s call it the meditative section that comes after that –– I really wanted it to be the last time I was really addressing that same person and the same relationship on the record.

On Tropical Depression and now Eureka Springs, you’ve managed to craft entire albums of songs around these seemingly short periods in your life. How are you drawing up enough detail from these events to make the music? What’s that process like? Are you keeping journals? Seeing a hypnotist to pull it out of you?

It might be a little bit of both [laughs]. Certainly it’s a journal-keeping thing. Really, even phrases that other people say, increasingly you just sort of stay attuned to an interesting phrase or something. I’m sort of jotting things down that I learned from other places.

Songs from Eureka Springs are in rotation on The Independent 89.9 HD4.

And then as far as the experiential themes of the record, it’s so much like a lived thing. Eureka Springs, I literally went there, with no other knowledge of the place other than that, it was, you know, a tourist destination –– a health-tourist destination. Miracles occurred there. And I thought, you know, “that sounds right. Sure, there’s some good stuff there.” The ideas of the songs kind of came off from these phrases that I wrote down, just walking around that space.

But then, after that, it’s a lot of, you know, playing and singing. I don’t really do a lot of writing songs from the top to the bottom of the page anymore.

Cory Driscoll, congrats on the new record. And thanks for talking with me.

Thanks, Matt. I really appreciate it.