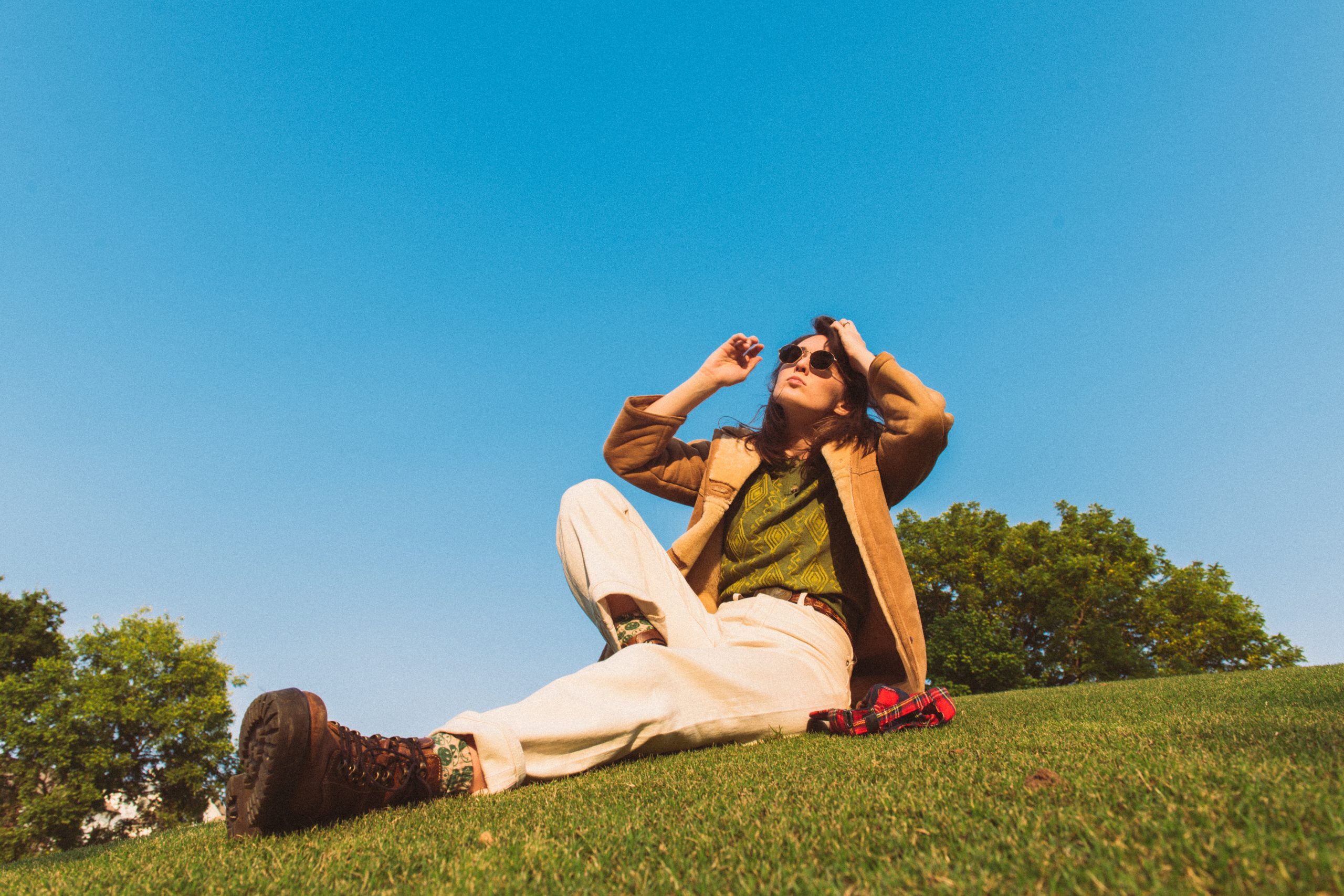 Since her debut nearly a decade ago, Nashville singer-songwriter Laney Jones has been impossible to pigeon hole. In naming Jones one of its Country Artists to Watch in 2016, Rolling Stone magazine said Jones’ music worked just as well “on the indie stage of a bluegrass festival as it would in an iTunes commercial.”

For her latest full-length, Stories Up High (out May 20 on Tree Tone), Jones has expanded her sonic palette, yet again. And early reviews have been overwhelmingly positive.

Jones will certainly feel at home on Sunday, May 15th when she performs at the Blue Jay Listening Room in Jacksonville Beach.

From her Nashville home, Jones recently joined me for a chat –– which has been edited below for length and clarity –– about the inspiration behind her new record, the catharsis of making music and her Florida (see: Jacksonville) roots.

Laney Jones thanks so much for speaking with me. I just want to briefly note that you’re a native Floridian. Where’d you grow up?

Yeah, well, I grew up mostly in a small town called Mount Dora, Florida, just north of Orlando. But funny enough, I lived in Jacksonville. For the last two years of my high school career I went to Douglas Anderson [School of the Arts].

So, if we have any Douglas Anderson, alumni listeners (readers), or if there’s an alumni network out there, you should come check out Laney Jones at Blue Jay Listening Room. Let’s talk about the new record, though: Stories Up High. You wrote as a kind of unpacking of various struggles during the pandemic, specifically a battle with mental illness –– surely these are topics with which many can relate. For you, though, was this a cathartic album to write?

Absolutely. I mean, originally I started writing it before the pandemic, even. It took a little bit to, I think, digest everything. Just like growing up, you know, you kind of reach a point where it’s like you’re dealing with high school, you’re dealing with college, and then it’s like “What now is going on?” So, yeah, [writing] really helped me make peace with life and just continue to grow. And I think the pandemic really helped me realize that I’m not alone. A lot of people struggle with this stuff. And I’m so happy, actually, to see people were talking about [mental health]. And I think that’s kind of like allowed a little bit of bravery for my own self. It’s cool I can be a little soldier in this way.

Let’s talk a bit about the sonic signature of the record. I’d say, starting from the beginning of your catalog, your music has continuously evolved. And you described writing this album in a flow state. Tell me about who you worked with and what kinds of sounds were entering your conscious and subconscious during the writing and recording process?

Yeah, I moved to Nashville and I’ve been living here for the past five years. And so kind of what I would do a lot because I’m a full time writer, musician, and I write pop stuff for money, is sit at home and work on my own stuff. And so I just sit on the couch, and kind of meditate with my guitar and just kind of whatever pops out pops out. But as far as the recording process went, I worked at a couple different places. The main one was at the Bomb Shelter here in Nashville. And we recorded all to tape, which I thought was super cool. And I think that kind of gives it this timeless kind of vibe.

I definitely wanted to add psych elements to [the record]. The last song on the record is called “If life Is.” And I originally wanted to add some saw to it because I’m really influenced by films. One of my favorite films is One Flew Over the Cuckoo’s Nest –– also great book. And the music for that, I’m spacing on a guy’s name, but the intro melody is like saw and a drum. I love that sound. And so I actually got theremin on the last song and like slide guitars. It feels dreamy. I’m working with dreams here. And that’s kind of like the flow state. I think when you’re dreaming, you have no control over it. And that’s kind of how I feel about music too. We’re not really making it. I’m not controlling it or making it up. It’s just like, the magic of the universe that is really creating it all and I’m just a little lightning rod to hopefully try to catch it; to catch that light.

Laney Jones thanks so much for talking with me and congrats on the new record.

Laney Jones plays Blue Jay Listening Room in Jax Beach on Sunday, May 15th. Her new record, Stories Up High is out on May 20th.

This interview originally aired on The Independent 89.9 HD4