For Angel Olsen, the Shortest Distance Between Loss and Love is a Country Song 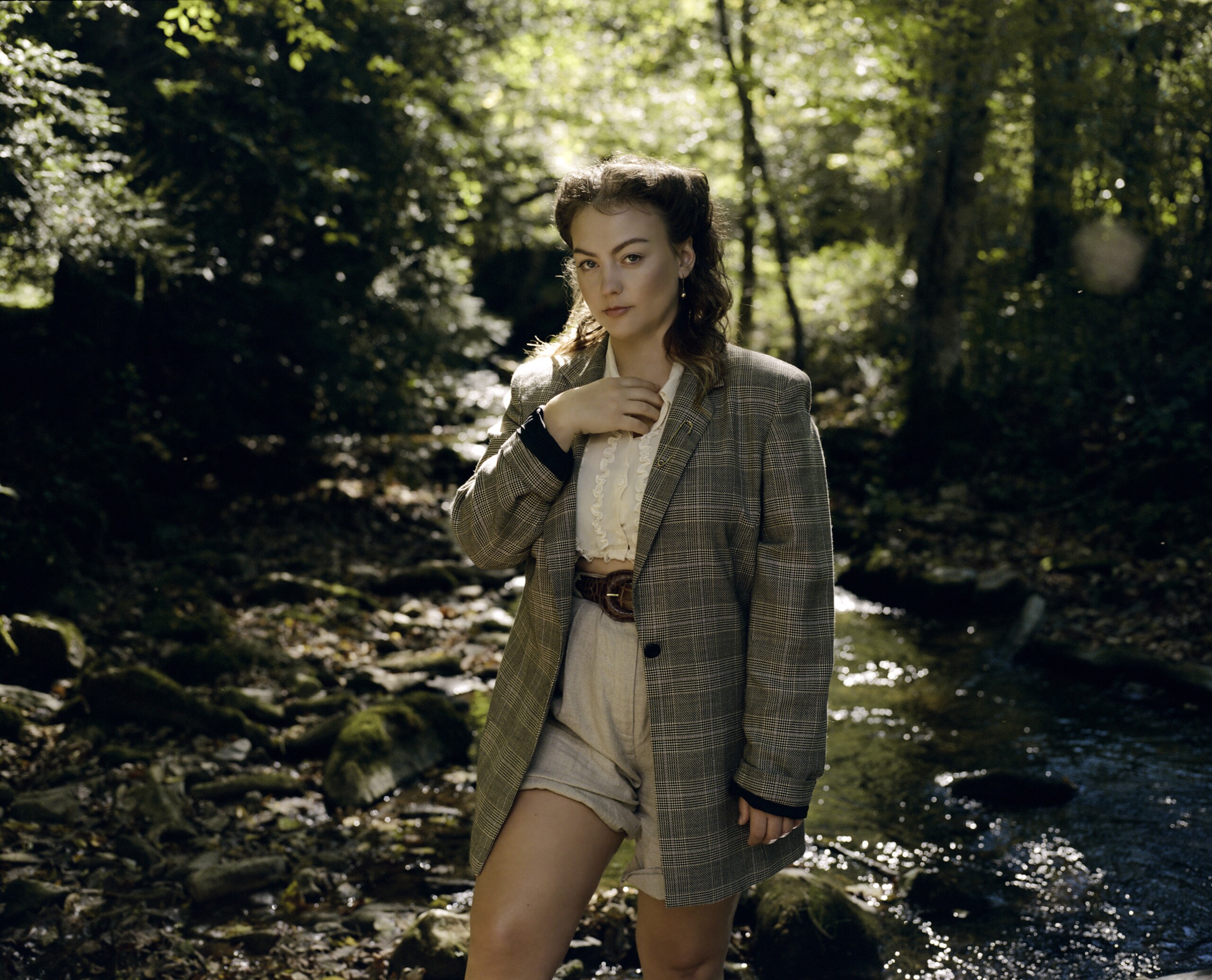 Angel Olsen picks musical genres for her records the way other artists pick instruments. “I want that vaulted-ceiling feeling,” another musician might say. “I want classic, I want sweeping. Piano it is.” Olsen’s previous releases have leaned on folk, rock, pop and psychedelia. For her sixth album, Big Time, the selection process could have sounded something like this: I want bruised hearts, I want resolutions, I want revelations, I want a conversation, I want a plaintive question, I want a long, steely look in a dusty rearview mirror. It has to be retro country.

Olsen’s life since she released her last record, 2020’s Whole New Mess, has certainly contained the kind of cinematic human drama that is country music’s bread and butter. As part of her relatively recent coming out process (she identified herself as gay publicly for the first time in the spring of 2021), Olsen told her parents the truth about who she is. Three days later, her father died – his funeral was how her family met her partner for the first time. Two weeks after that, her mother was hospitalized, moved into hospice and died. Within a month, Olsen was in the hills outside of Los Angeles recording this album, grief and burgeoning love her carry-ons.

So perhaps it was the emotional whiplash of this era in her life that caused Olsen to reference country greats like Kitty Wells, Emmylou Harris and Tammy Wynette as Big Time came together. Whole New Mess, a heartbroken (and heartbreaking) album, was made without a backing band in a converted Catholic church in a small town in Washington state. It featured sparse renderings of many of the songs that ended up on 2019’s All Mirrors — which was recorded after Whole New Mess but released first. All Mirrors was almost the polar opposite — orchestral, packed with sound, a universe of synth and strings. Neither approach would have been a natural fit for the conflicting yet intertwined stories Olsen has to tell on Big Time. Too in love to sing alone in a chilly church. Too many funerals for synth-pop. From that angle, the choice to lean into a country sound makes perfect sense. What genre has a more storied catalogue of the peaks and valleys of love and loss than country?

Or maybe it wasn’t circumstance; maybe country is where Olsen’s sound was always headed. Big Time is a new direction, but it’s not a hard left turn; there are clear paths from her previous work to where she’s landed. The seething intensity of 2014’s colossal Burn Your Fire For No Witness is echoed in the back half of “Right Now,” which opens like sweet tea and a jukebox ballad but ends with the red-eyed, psychedelic potency of whiskey-spiked coffee and “Helter Skelter” on a fuzzy radio. Or in Big Time‘s closer, “Chasing the Sun,” a simple piano-and-strings ballad almost beyond genre and placed exactly where it needs to be in the track list, providing closure and culmination while Olsen sings powerfully about having been through everything so she can delight in doing nothing. Even the sonic overwhelm and emotive bombast of All Mirrors find a place here, most directly in “Go Home,” which wouldn’t have sounded out of place as a Little Earthquakes-era Tori Amos single.

And in terms of themes and emotional states she’s worked with before, Olsen is no stranger to grappling with grief in her music. She has spoken previously about how hard the making of Whole New Mess in particular was for her — how the process caused her to relive the heartbreak that preceded that record every time she opened her mouth to sing it. That immediacy of pain is present on Big Time, especially in “This Is How It Works,” which chronicles a hurt so deep it can’t be shared. But the difference here is that the music is a counterweight to the song’s lyrics instead of an accomplice. Working with the saloon-tinged palette of a big swooping pedal steel and a soft-but-strong vocal, Olsen’s heartache here lives in a different, better-lit part of the house than her prior work. In the room where Big Time dwells, there’s always a way out.

So whether by nature or nurture, Olsen has arrived here, with a big-hearted record that achieves thrilling grandiosity and cheek-warming intimacy, sometimes in the span of a single song. The album opener (and lead single) “All The Good Times” comes out swinging, perhaps Big Time‘s true-bluest country song, and introduces the twangy, warm, wide-open vocal Olsen uses throughout the record, one she’s rarely used before and which suits the simultaneous liberation and vulnerability of these songs beautifully. As for the album’s standout track and eponym, “Big Time,” Olsen wrote it with her partner as an experiment to break through a bout of writer’s block between her mother’s funeral and her studio time. It’s Neil Young, it’s Lucinda Williams, it’s Olsen like we’ve never heard her — not just in love, in revelry. If you don’t have a smile on your face by the time this song’s four minutes of pedal steel, guitar and truly sublime honky-tonk piano draw to a close, you simply do not have enough country and western music in your life.

Nobody can temper joy with a minor chord like Angel Olsen, or locate quiet calm closer to ennui on an emotional spectrum. But what Big Time shows us is that she has also unlocked the proximity of grief to falling in love. It’s all intensity and gratitude and overwhelm; it’s all a chest cracked open. And when she chose a pitch-perfect vintage country sound to capture this most human of dualities, she chose wisely.