The iconic guitarist on the band's early influences, writing his memoir and more 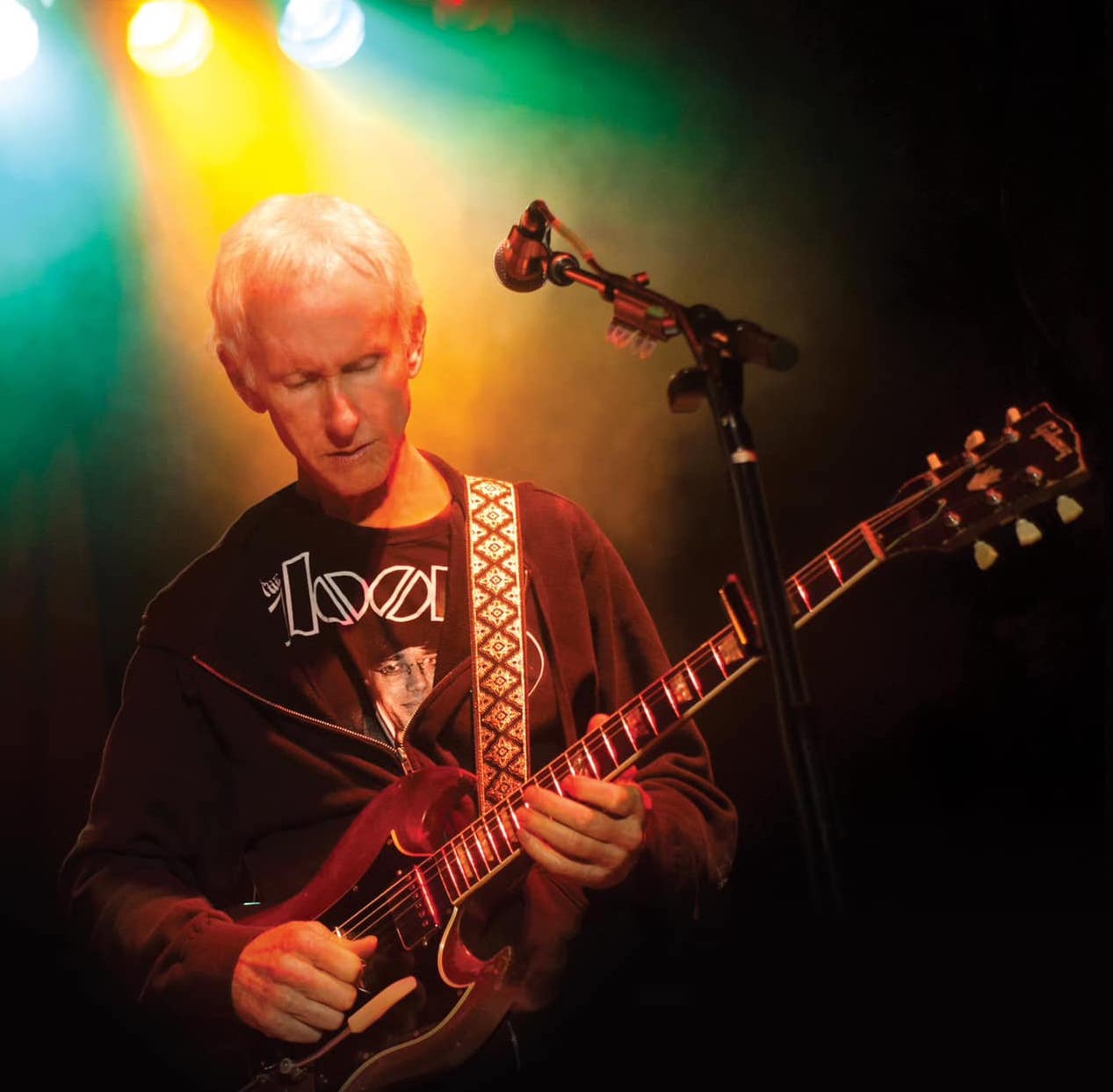 Credit: Courtesy of the artist

The Doors are many things for many people: mythical ‘60s band fronted by a singer mired in even greater mystery; a soundtrack for baby boomer history; a potent merger of inventive poetry and sophisticated music, even a cautionary tale of excess pushed to saturation.

Guitarist Robby Krieger has remained a viable force since the Doors disbanded decades ago. In the last two years alone, the composer of band classics “Light My Fire” and “Love Me Two Times”has released his seventh solo album; launched a YouTube channel where he shows fans how to play Doors songs, and published the lauded memoir: Set the Night on Fire: Living, Dying and Playing Guitar with the Doors.

The Jacksonville Music Experience spoke with Krieger from his home in Los Angeles. What follows are highlights of our conversation.

Well, he was the son of Julia Densmore, who was [the Doors’ drummer] John Densmore’s wife. And after she split with John, she married Chuck Negron of Three Dog Night. But before that she had been with Berry Oakley. So, Berry Oakley Jr. kind of grew up with Chuck as his dad, as Julia was his mother. And my wife Lynn was good buddies with Julia, so our kids would hang out quite often when they were really young.

I’m probably one of many rock fans who first “heard” the music of John Coltrane through the Allman Brothers Band but first and foremost I heard Coltrane through “Light My Fire.” In your memoir, you describe how the Doors “idolized [John Coltrane] as the ultimate musician.” What was it about Coltrane that influenced you when you were a young player?

Well, he just broke all the rules, you know, that was what was so cool about him. As you know, up until him jazz was kind of…I’m not gonna say boring, but it had a kind of sound that was a very niche kind of thing. And when Coltrane came along, he just blew that all away, and then he would just play all these crazy chord structures and stuff, over normal jazz kinds of songs. And, you know, even stuff like Broadway show tunes. That’s what we were doing in “Light My Fire”: we used the chords for “My Favorite Things.” And not to say that we were trying to play Coltrane over that, but that was the impetus. Actually, the stuff I played over that was more influenced by Ravi Shankar.

“Light My Fire” points back to Coltrane and he was also heavily inspired by Ravi Shankar so these players keep pointing back to the source. Do you feel like as a musician, you were always trying to find the root source and substratum of what you were into? It seems like you didn’t just settle for even blues-based music, which is also a massive pool to plunge into.

Yeah, sure. For sure. You know, I think pretty much every musician does that in a way: you grow up and you hear cool stuff from years before and you try to incorporate that into your playing. Whether it’s by design or not I think that’s what serious musicians do. Hopefully, that is still going on today.

As  someone who has always been a deliberate improvisational musician, when you are in the middle of spontaneous playing, do you notice a distinct shift in consciousness compared to, say, when you are returning to the chorus with the band?

Yeah, I mean, you know, you just try to let your mind wander. And, you know, try to feel what’s going on around you from the audience, or whatever. And it’s totally different playing, you know, in a rehearsal place, than obviously when playing to an audience. And you hope that gives you some inspiration. And so, you know, it’s not a thing you try to do or think about; you know what I’m saying? It’s a deeper level.

While many people during the pandemic were binge-watching TV shows and trying to figure out how to cut their own hair, you wrote a 400-page memoir: Set the Night on Fire: Living, Dying and Playing Guitar with the Doors. Did the isolation of the shutdown help nudge you into writing?

I really enjoyed the memoir, and in some ways, for me it emphasized that the Doors were a ‘60s band that seemed to be “of the music scene” but never really “in the hippie scene.” I mean, you guys were pretty dark. You wore more leather than paisley. Do you agree?

Well, I mean, we played plenty of love-ins. (Laughs) And, you know, I don’t think we were “anti-hippie” or anything like that. You know, we lived in L.A., which was a lot different than living in San Francisco. So, it was quite a bit different for us. Although, you know, Laurel Canyon was very hippie oriented, that’s for sure. And that’s where we all lived: in the canyon. I think, you know, we appreciated the whole hippie era, and I’m just glad that we got together at that time. You know, it was a perfect time for the Doors to get together for different guys from different parts of the country. It just happened to be in L.A. at that time. And for different musical backgrounds, you know, it just happened to work perfectly.

I was born in 1972, so my whole life I have “experienced the sixties” through the work of various creative people and the legacies of human rights and countercultural movements, but also through a kind of curated, soundbite highlight reel. As someone who both contributed to and survived that era, do you feel like America is more divisive and deranged than it was during the Civil Rights and Vietnam War era?

I think it is worse now. Kennedy was shot, then Martin Luther King, then Robert Kennedy…it was horrible. And you know, just before that, we thought everything was going great, man, everything was coming together. But they couldn’t let that happen. Similar situation today. Even though it is much more divided today. We just didn’t notice as much back then.

Are you a little mystified that some of the people from the same generation who were dropping acid while listening to “Twentieth Century Fox” are now taking acid reflux medicine and watching Fox News?

(Laughs). It’s kind of weird, and I wonder how many of those acid-droppers back then are now watching Fox News. It’s a good question. I hope not too many.