The devout 'God Save the Animals' distills the songwriter's eccentric style 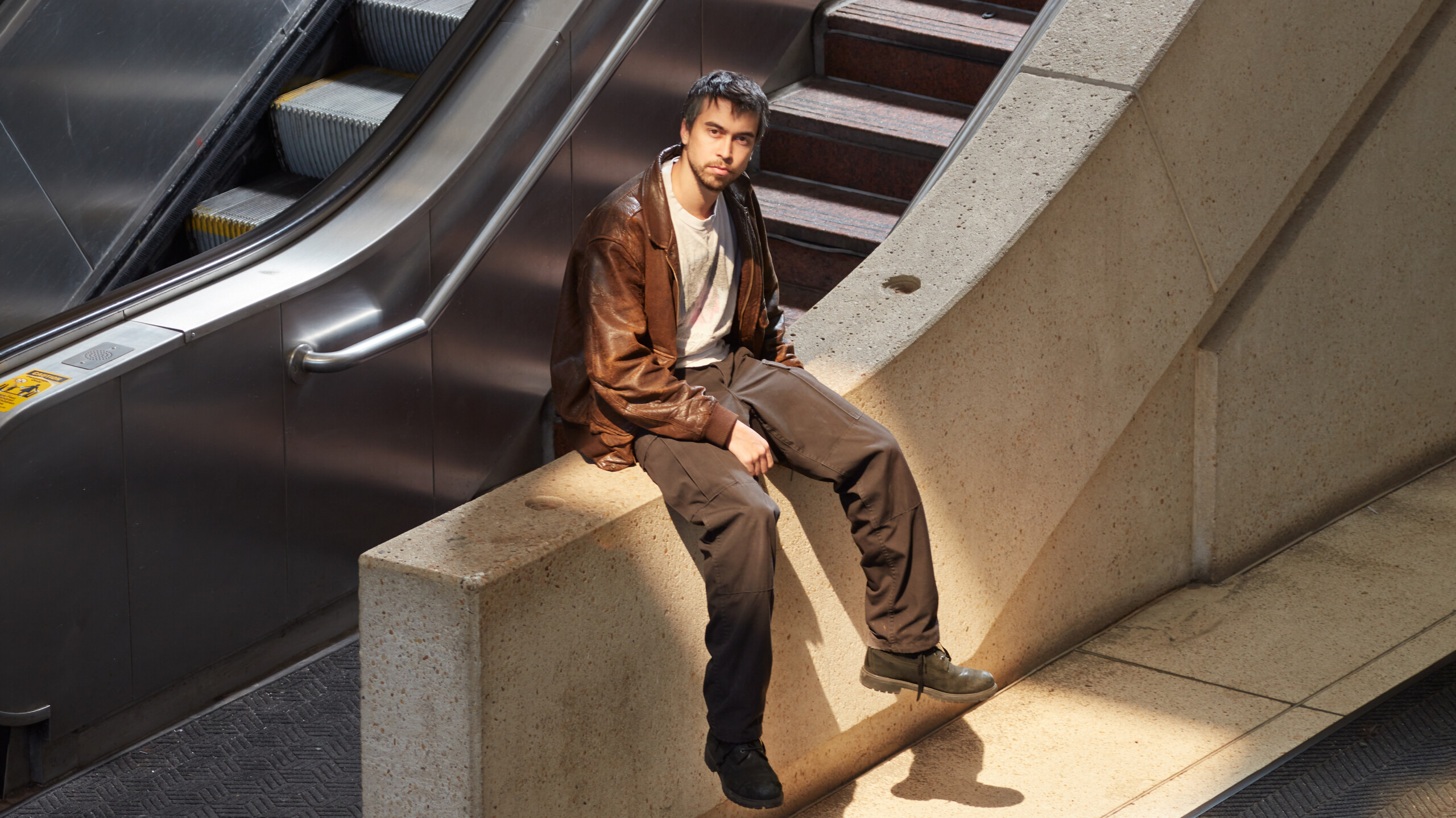 With over a decade of released music behind him, Alex G has long taken a playfully distorted approach to songwriting, like he’s filtering his music through a funhouse mirror. The 29-year-old artist often addresses or morphs into fictional characters: insecure teenage girls and children with names like Sarah, Alina, Sandy. Flashes of storybook innocence, tales of guarded treehouses and stolen lunch boxes, mingle alongside those of darker, adult self-destruction in his music. He has a disorienting flare for layering, pitch-shifting and vocoding his vocals and those of collaborators into unrecognizable, childlike choruses and different personas, like Peanuts characters on varying levels of helium. On 2019’s “Bad Man,” he sang, in an almost comically cartoonish country accent, about the “bomb dropping” when he was 22, one strange cowboy emerging from the shadows of Giannascoli’s crowded artistic psyche.

It’s this styling — his character studies that render him an ageless narrator, the vocal contortion that can deliver soft indie rocker one second and screamo punk the next — that has often led critics to dub Giannascoli opaque, unyielding in biography or the meaning of his songs. And while his mutating musical approach, diverse just to the point of discohesion, has been critically acclaimed, it’s also felt at times like a barrier to making a singular artistic statement. But on his latest album, God Save the Animals, that disjointed style finds a new power, as Giannascoli wields his wide-ranging musical quirks with focused direction. A record wholefully concerned with morality, God Save the Animals careens between right and wrong, beauty and noise, with a religious devotion and a clarity aided by a new approach to engineering. It’s the work of an artist in the thrust of artistic and professional maturity, recreating in its varied sound the unease of someone trying to find and walk life’s right path — if such a path exists.

“People come and people go away,” Giannascoli sings on the album’s opener “After All,” his voice, intertwined with the artist Jessica Lea Mayfield‘s, pitched into an angelic warble. “Yeah but God with me he stayed.” A current of religious references run through most of the songs on God Save the Animals, sometimes to the point where it feels like a record dotted with Alex G-penned worship songs. “God is my designer, Jesus is my lawyer,” he sings through an electronic vocal effect on “S.D.O.S.” On the simple country song “Miracles” he sings, wistful, of possessing “better pills than ecstasy, they’re miracles and crosses.” He circles around themes of judgment and forgiveness, of seeking righteousness. By the time you get to the album’s end, in which Giannascoli sings, “Forgive yesterday, I choose today,” over banjo and guitar with a vocal so forceful it sounds almost like he’s near weeping in parts, it’s clear the pious tones of God Save the Animals aren’t just a gimmick (the grungy, goofball shtick of the “Blessing” video notwithstanding).

Frequently on God Save the Animals he makes the tormented weight of his thoughts literal in the structure of the music, using different or manipulated vocals to emphasize in the margins of his music what the song’s narrator avoids singing in the song’s lead voice, like he’s speaking in a confessional booth of his own making. “I have done a couple bad things,” he repeats on “Runner,” his voice warping in contrast to the steady curve of the rest of the song, before he explodes in a scream. On “Mission,” his shaken, yelling back-up vocal complicates the song’s stoic chorus about being “trained to stick to the mission,” so distant from the rest of the music it sounds like it’s booming from some crawl space out of the microphone’s reach. He sings phrases that should be a comfort — needlepoint pillow-worthy fragments addressing life’s ease and its bountiful blessings — with the dark, hoarse whisper of a man unable to truly convince himself of such things. Even pairing the gothic horror of “Blessing” and the folksy “Early Morning Waiting” back to back feels designed to play with the listener’s assumptions, the shift in the tracklist like someone thrusting open the blackout curtains of a darkened room to let sunshine in and startle awake whatever tortured thing resides in there.

But for all of these quirks, God Save the Animals also feels like the clearest we’ve ever heard Alex G. In the process of making the record, Giannascoli, who has long preferred to write and record at home, enlisted a half-dozen engineers to give him the “best” recording quality for the album. And you can hear a stark clarity in a lot of the songs on God Save the Animals: the elegance of “Early Morning Waiting,” with its swooning string section, or the crisp tones of “Runner.” Not an especially strong singer, Giannascoli’s vocals are often multi-tracked and layered — a move that has invited countless Elliott Smith comparisons — but he keeps his vocals surprisingly bare here on many songs. Gone is the Yosemite Sam of “Bad Man,” and in his place is whoever we hear on “Miracles,” singing of “beautiful sunsets on lost and lonely days” over sweet country. The music often sounds as serious and naked as the heavy themes Giannascoli mines, even if not presented as straightforwardly confessional. Though a number of lyrics here that directly address the futility of songwriting and stories — “Hey, look in the mirror, ain’t gonna right your wrong with a stupid love song,” Giannascoli’s own girlfriend, the violinist Molly Germer, sings in the background on “Mission” — tempt a closer read.

That seemingly small change in technique, and the professionalized sound it produces, is an important step forward given where Giannascoli has come from. His early records were born from a moment in the 2010s when the bedroom had become an essential incubator to a new wave of indie rock, a space that lent his music an insular, lo-fi charm. But as he’s journeyed from teenaged Bandcamp oddity to a fixture on Domino Records with streaming numbers in the tens of millions and collaborations with Frank Ocean, he’s gradually let more people into the process. Beginning with 2014’s DSU, Giannascoli began having his music professionally mastered, despite his nervous reluctance, each new release sharpening his impulses without paring down his eccentricities. But the high-concept styling of God Saves the Animals pushes the intensity and maturity of what Alex G’s music can sound like even more. It’s fitting, for an album about parsing the intricacies of figuring out how to be a good person and make correct choices, of opening oneself up to judgment from all angles, that the production would be literally more illuminating as well — matching the shifting, multi-voiced perspectives of the album with a fine-tuned studio approach that’s similarly diverse.

The beauty of God Saves the Animals lies in its trippy combinations of high contrast — the way a song like “No Bitterness” can begin with the delicate strum of an acoustic guitar, but build by its end into hyperpop noise. Or how a lyric or sentiment sung with conviction one second can spiral out the next with the edited twist of a vocal, as if overcome with a sudden wave of shame and self-doubt. All of it emboldens the album’s undulating tensions — those that are “half of love, half of death,” as Giannascoli sings on “Early Morning Waiting.” Within its 13 tracks, God Saves the Animals takes every little magic trick in Alex G’s discography and focuses them, for an album that bottles the sound of the self teetering on the edge of sin and absolution.

In this article: Alex G, Alex Giannascoli, God Save the Animals, Philadelphia, review, Runner, Sandy and The Independent 89.9 HD4