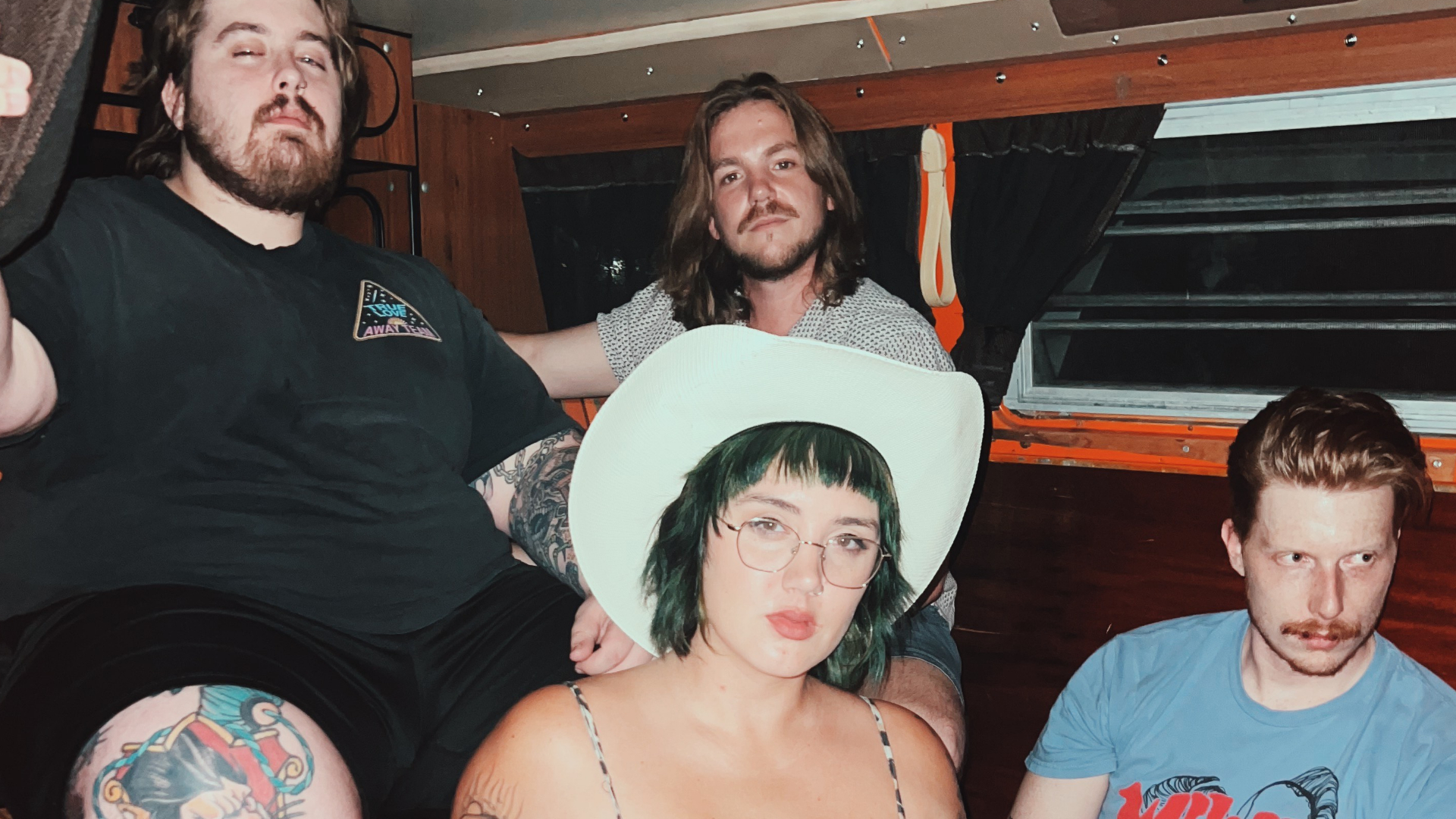 As Bad Madonna, singer-songwriter Alexis Rhode encapsulates what it means to be genre-bending, something so many artists tag on to the back of their bios but rarely succeed in achieving.

Earlier this year, the Jax-based Rhode released the debut Bad Madonna EP, Velvet Glove, a collection of five songs that sound like country-twanged journal entries. Less than six months later, on September 9, Rhode dropped Iron Fist, the Hallie to Velvet Glove’s Annie (for any Parent Trap fans out there).

Iron Fist is, in many ways, a complete 180 for Bad Madonna. With garage and ‘90s-grunge influences, the new EP is coated with riot grrrl grit. For Rhode’s sonic departure, she teamed with guitarist Dylan Young, who put together a crack team of Jax musicians – Storm Bauer (bass) and Joey French (drums) – to help Iron Fist take flight.

If I wanted to release a country album and a rock album in the same year, let’s f***ing do it. If people think it’s weird, I think it’s fine.

That Rhode and Bad Madonna have succeeded in approaches to two seemingly juxtaposed genres is fitting for an artist from Duval, where the alt-scenes of Murray Hill and Riverside exist under the hanging canopy of traditionally Southern musical influences. Meanwhile, despite calling the EP’s opening track “Mystic Seer,” there’s nothing Alexis Rhode is hiding in the lyrics of these new songs. The imagery is straight to the point, and listeners are sure to hear a verse that has them thinking, “Wow, she’s just like me.”

I recently sat down with Rhode at her Murray Hill residence, affectionately known as The Bad Haus, to find out more about Bad Madonna and the two EPs she’s released this year. Below are highlights from our conversation.

Tell us about the new EP. What are some highlights from the production process or songs?

I wouldn’t call this EP the “answer” to Velvet Glove, more like its opposite. They’re two sides of the same coin. I’m glad we were able to go with grunge for this EP. Playing that kind of music makes me really happy, and we’ll probably continue in that direction. I couldn’t stand the idea of only doing one thing. If I wanted to release a country album and a rock album in the same year, let’s f***ing do it. If people think it’s weird, I think it’s fine.

With these two EPs, I really tried to give them the time and energy they deserve. I didn’t want to push the process just for the sake of releasing things. At the end of the day, speaking for the whole band, we do this just because we love doing this. Of course we want to play big shows and go on tour, but I’m not going to kick myself if a million people don’t listen to my songs in the first week.

A lot of people love “Spiral”, it was one of the more recent songs I wrote. We already started recording Velvet Glove in 2021, and I knew I wanted to do this half- and- half thing, but I didn’t quite have the songs figured out yet. “Spiral” became the last song I wrote for the “other” side and I think it complements the project really well.

I don’t know if it’s in that song, or another song, but you had this really evocative line that was like, “and now I wipe my tears with a pair of fishnets,” it just blew my mind while listening to you live.

Yeah, that’s “Spiral!” That makes me happy that people are actually listening to the lyrics. It’s one thing to just play and sound cool. I feel like even nowadays you can get a really long way by just looking cool, but it’s nice that I’m getting feedback from people relating to lines. That makes this all feel worth it. It’s not about looking a certain way to somebody, I write this sh*t because I feel it. I wrote that Spiral song when I felt like I was out of control, and especially now with social media.

That song was really born out of feeling like we’re competing to see who can do this better, like “I bet I can spiral better than you. I’m spiraling right now and I’m online and I just posted 22 stories and I’m up until 2 a.m. but I look good doing it.” That’s kind of what it feels like sometimes, just being aware of those little things happening in life now. I have a hard time writing things that aren’t personal to me on some level. I’m trying to though! I think there’s a lot of merit in that too, imagining and writing different scenarios based on that. I would love to write more like that in the future.

Where did you get the name Bad Madonna from?

I honestly came up with it at random. I thought it was kind of funny, but it also flowed really well. Also something that I’m really big on is things acquiring meaning and not really doing something because it has meaning already. I think about a lot of tattoos or things that I have. People are always like, “what does it mean to you?” Most of the time when I get them they don’t mean anything, I have them to look at and reflect on, and attach meaning to it from that period of my life, and that’s what Bad Madonna has been for me too.

It has nothing to do with Madonna at all, rather a Madonna, this biblical version of a woman and what that’s supposed to look like, and then being a bad Madonna, the opposite of whatever that’s supposed to look like. People never end up being the woman or person people expect them to be, rather than being disappointed by that I’m putting it out there from the beginning. I’m bad, I’m not this perfect person or pretending to be one, can’t beat myself up about it. It’s kind of just a rock-and-roll way to think about it.

Listen to Bad Madonna and other Jax artists, as well as the best new music from regional, national and international artists on The Independent 89.9 HD4.