A deep dive into the glam-rock pioneer's varied catalog 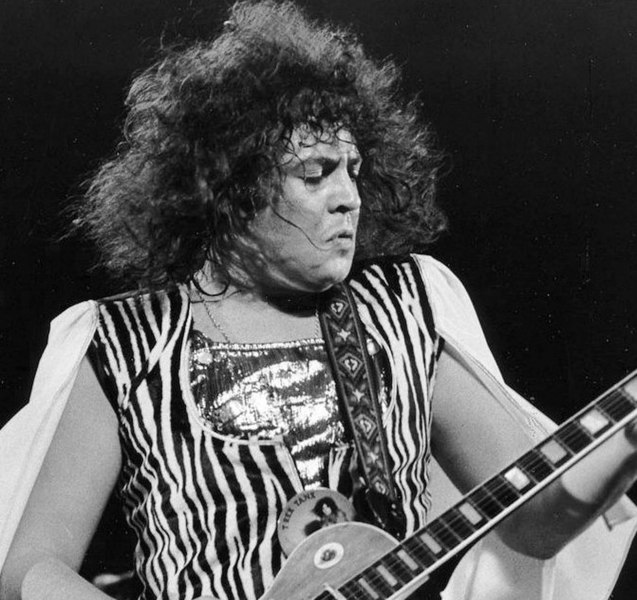 There are so many alleged geniuses in music that the field has grown fallow. Marc Bolan wasn’t a genius. But judging by his body of songs, and the overall harvest, he was absolutely guided by a conditional brilliance. Equal parts Bob Dylan, Chuck Berry and John Keats, the late UK glam god seemed to misplace the stolen promethean fire of genius as much as he routinely immolated ‘70s songwriting with his heart-crushing ballads and chrome-plated rockers.

A half century later, the slippery factors that added up to a Bolan masterpiece were the same math that also left him penning wincing pre-twee dreck: inexplicably, at times in the same song. The same artist that gave us the transcendent high-sheen rock of  “The Slider” and “20th Century Boy” also gave us the annoying albeit popular whimsy of “Ride a White Swan.” Even Bolan’s biggest hit, 1971’s “Bang a Gong (Get it On),” cruises by on a mixture of sophistication and sappy “woman-as-car” imagery.

The ultimate magic trick by Bolan, which in hindsight could arguably be viewed as genius, was that he seemed to keep the inspirational conditions and arrival of the muse close to his heart. His brilliance seems random and inconsistent, but still routinely shines through.

Like the certain Romantic he was, Bolan died young at age 29. Yet he never worked under the morbid schedule of borrowed time. Indisputably prolific, in a short time Bolan wrote songs like he, and like all of us, would live and love forever.

During the course of a 1972 TV interview with Russell Harty, a then-25-year-old Bolan disputes his own fame, name checks Lord Byron, and at times appears uncomfortable, ultimately assuring the host that he doesn’t think he will live a long life; and didn’t feel any different from when he was nine years old. Maybe that is Bolan’s ultimate legacy: innocence, awe and wonder.

Culling through Bolan’s catalog of studio releases and an ongoing crop of bootlegs and questionably sourced “live and demo” albums is daunting. Along with Iggy and the Stooges, the sheer amount of unreleased and repackaged Bolan music is a parallel discography of hit-or-miss collections that can frustrate the curious while enticing completists.

Below is a list of lesser-heralded Bolan songs that tap into that very sense visionary poetics and heart-centered alienation that he navigated so well; accordingly sourced from various albums released before and after Bolan’s brief tenure as a glam-rock god.

An alternate, live version from Bolan’s pre-T.Rex band (as Tyrannosaurus Rex) popped up as “Debora” on the 2017 Baby Driver soundtrack. This earlier rendition, featuring bubbling accompaniment by percussionist Steve Peregrin Took, is a sing-song chant—much of it wordless— exalting the titular muse, eventually morphing into a backward-tape freakout. For a deeper dive into the T.Rex wormhole, certainly check out Took’s circa-1970 stellar band Shagrat; a group who served up some amazing psych in their own right.

While it didn’t make the official cut on A Beard of Stars—the final, official release by Tyrannosaurus Rex— “Once Upon the Seas of Abyssinia” has appeared in lo-fi demo and various live releases over the years. A darker flavor from Bolan, this live version (recorded for BBC radio show Top Gear) is all stripped-down acoustic guitar, wordless echo-drenched backing vocals, and Bolan in unhinged phantasmagoric lyricism: “Once upon the Seas of Abyssinia / a cultured man with rings within his ear-lobes / locked the door / from which the sun arose.”

Taken from the eponymous T.Rex release, “Root of Star” is Bolan at his peak of building so much with so little: in this case with a mini-palate of guitar, vocals and Mickey Finn’s minimal percussion and toy glockenspiel. A two-verse composition, “Root of Star” shows Bolan in top-flight cosmic-bard mode: “A root of star I gave to thee / from the canyons of the sea / a jewel of frost that was lost / in days of dreams when we were free.”

A much-bootlegged one-minute piece from the Electric Warrior sessions, “There Was a Time” is a glimmer of Bolan’s relentless output and part of its joys is in imagining the “What if?” of a fleshed-out version. Acoustic guitars, a beguiling symphonic arrangement, backing vocals dipping into Bolan’s signature LSD-doo-wop soar, and a blunt commentary on hippie utopia: “And all the children / they put flowers in their hair / and all the grown-ups / they put daggers there instead.”

The second cut from the hit album The Slider is a nice micro-galaxy of Bolan’s sheer brilliance. A lazy country strum of guitar, on-point string arrangements by producer Tony Visconti and Bolan at his best pleading vocal delivery with aching lyrics fusing the hippie with the medieval: “Sliding riding Sorceress / in your dungarees / got me on my knees.”

After the back-to-back success of previous albums Electric Warrior and The Slider, Bolan leaned into a more soul and gospel vibe for his follow-up, Tanx; a move that David Bowie would emulate two years later with Young Americans. “Broken Hearted Blues” is one of Bolan’s peak moments of lovelorn isolation. A three-chord strum bejeweled in tasteful brass-and-string arrangements, Bolan’s simple-yet-imagist lyrics cut to the heart and marrow: “This is a song, that I wrote when I was young / and I call it the broken-hearted blues / the air on that night was tempered like a knife / and the people wore the face masks of a clown.”

Tune in to The Independent 89.9 HD4 on Friday, September 16 as we celebrate the music of Marc Bolan and T. Rex all day.