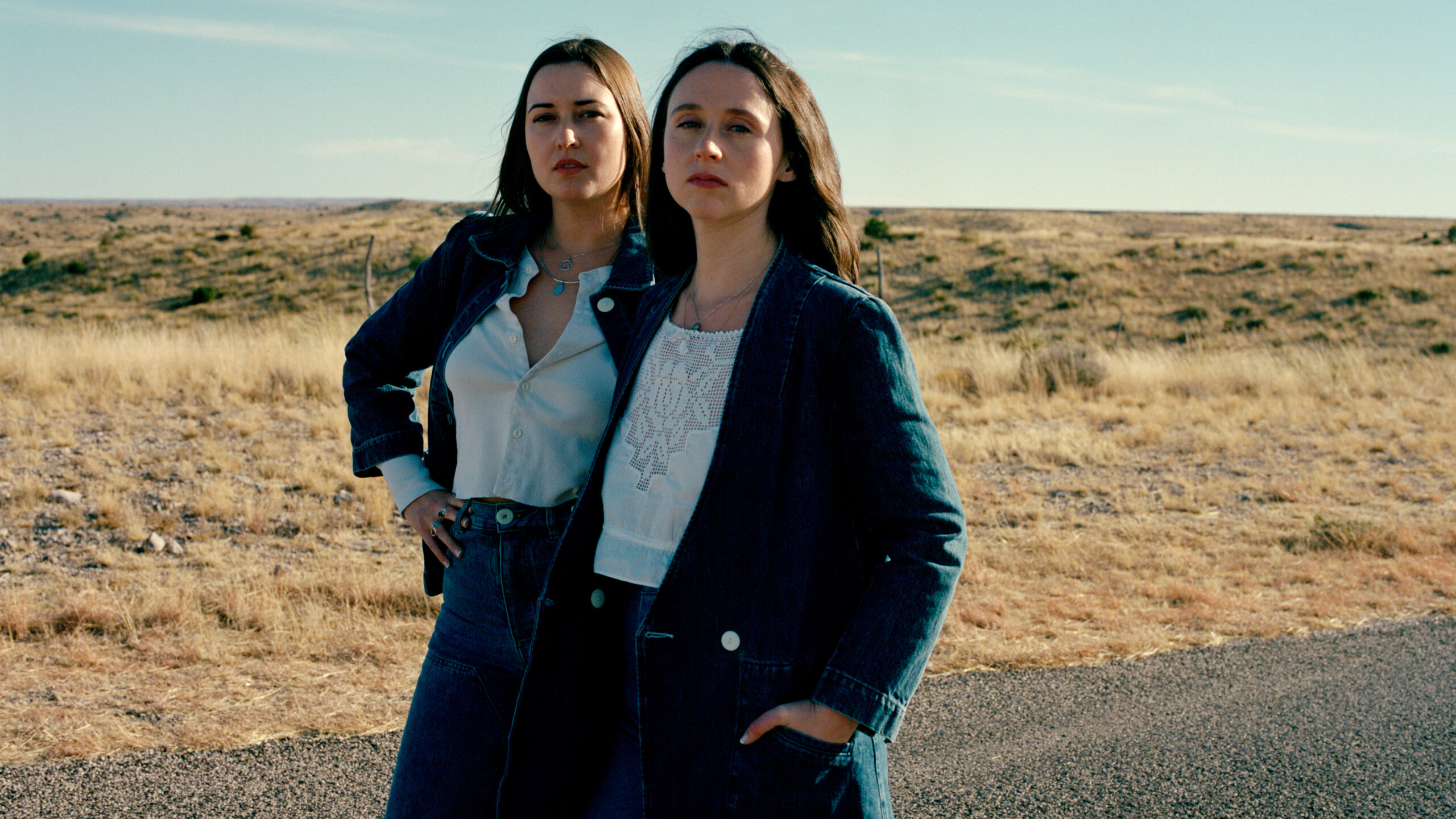 At the heart of I Walked With You A Ways, the debut album from Plains, there’s a sense of freedom. It’s the freedom of driving fast down an enormous, dusty road: “tak[ing] the quickest route on this 4-lane highway,” but also “crying on the highway with my windows down.” It’s the kind of liberation that comes from finding your own path, after you’ve brushed aside everyone else’s expectations and judgements — of knowing what’s true to you and where you’re headed, even if you know the road ahead is challenging. The album is a collaboration between Katie Crutchfield, who writes and records as Waxahatchee, and Jess Williamson. Together, the two songwriters craft stories of heartbreak, empathy and self-knowledge, bolstered by a wry wisdom and rooted in their shared love of classic country sounds.

Crutchfield and Williamson met five years ago, introduced by Crutchfield’s partner Kevin Morby; Crutchfield told the New York Times that, upon meeting Williamson, she immediately thought, “This person is for me.” The two quickly developed an intense friendship on top of their mutual admiration for each other’s music.

During the early days of the pandemic, after the release of Waxahatchee’s 2020 record Saint Cloud, Crutchfield felt ready for something new — but wasn’t quite ready for another Waxahatchee record. So she and Williamson hatched a plan. I Walked With You A Ways is a true collaboration; Williamson and Crutchfield each brought a handful of songs they’d individually written to the project, and they each trade off taking lead across the album. In the studio, they buoyed each other’s creative impulses: Williamson convinced Crutchfield to keep lyrics she might otherwise have tossed; Crutchfield encouraged Williamson to embrace sounds she might not otherwise have felt bold enough to attempt.

Despite the songs having been written by two different people — plus a cover of Hoyt Van Tanner’s “Bellafatima” — there’s a shared sense of narrative on I Walked With You A Ways, filled with references to broken hearts, stormy weather and long drives on country roads. Crutchfield’s penchant for dotting her lyrics with surprising, multisyllabic words (who else could make “scientific cryptogram” feel natural in an indie rock song?) is pared back in favor of a more direct approach. This shared narrative is centered on songs about asking explicitly for what you want, and being clear-eyed in your certainty of what doesn’t suit you.

Several of the songs are sung from the perspective of someone who knows when it’s time to cut and run: “It hurts to be leaving, but I know that / staying ain’t right,” Williamson sings on the opening track; later, on the title track, she sighs that she “ain’t your girl no more.” Crutchfield offers odes to high standards and hard work: “It’s not gonna be easy, babe,” she warns on one; on another, “If you can’t do better than that, babe / I got a problem with it.” Despite being a new creative endeavor, I Walked With You A Ways also honors the strengths of each songwriter’s solo output. Williamson’s knack for scene-setting carries throughout, guided by her achingly beautiful voice. Crutchfield’s piercing introspection, too, is a cornerstone; the hard-won patience and compassion, both towards herself and others, that defined Saint Cloud anchors even the most heartbreaking moments here.

The sound of I Walked With You A Ways is also a testament to being true to yourself. Both Crutchfield and Williamson — who were raised in Alabama and Texas, respectively — grew up listening to country music, but as they established themselves as musicians, they consciously shied away from country signifiers in their own songs. “If you only knew how hard I was trying to suppress that Southern accent for so long,” Crutchfield says. Williamson, too, says she felt like incorporating elements of her Southern upbringing “wasn’t what [she] was allowed to do,” as she told Crutchfield in a conversation for The Creative Independent a few years ago. But as both songwriters have grown more assured in their songwriting, they have found themselves gravitating back towards these formative influences.

In 2020, they each released an album that leaned heavily into country and Americana sounds — the astounding Saint Cloud and Williamson’s wise and wistful Sorceress. The music of Plains — filled with mandolin, banjo and fiddle, rich harmonies and several classic country waltzes — is an intentional step deeper into those waters.

Country history is, of course, filled with collaborations among family and friends — The Chicks, Waylon & Willie, The Judds — and in her own way, Crutchfield has long honored this legacy; her earliest experiences in music included playing in bands with her twin sister, Allison. Trio and Trio II — the collaborative records by Emmylou Harris, Dolly Parton and Linda Ronstadt — were an inspiration for Plains, too. The pairing also calls to mind boygenius, the indie-rock trio of Julien Baker, Phoebe Bridgers and Lucy Dacus — another recent set of artists who, at breakout moments in their individual careers, sought refuge in laid-back, creative collaboration among trusted friends.

The acuity on I Walked With You A Ways isn’t without pain, but even among the more plaintive moments — as on “Abilene,” a stunning track about the denial that can result from a broken heart — there’s a sense of quiet defiance. More often, these songs look compassionately at the aftermath of heartbreak; their narrators are clear-headed and unguarded about the risks they’re willing to take: “I tried to warn you,” Williamson shrugs on one; “I can’t blame ya, angel,” on another. It’s heartening to listen to the two songwriters’ voices together as they sing through each other’s pain and resolve. “There’s almost a magical quality,” Williamson said in that Creative Independent conversation, “to just being 1000% yourself.” Sometimes the key is having someone else to lean on.

In this article: country, I Walked With You A Ways, Indie, Jess Williamson, Katie Crutchfield, New music, NPR, Plains, review and Waxahatchee