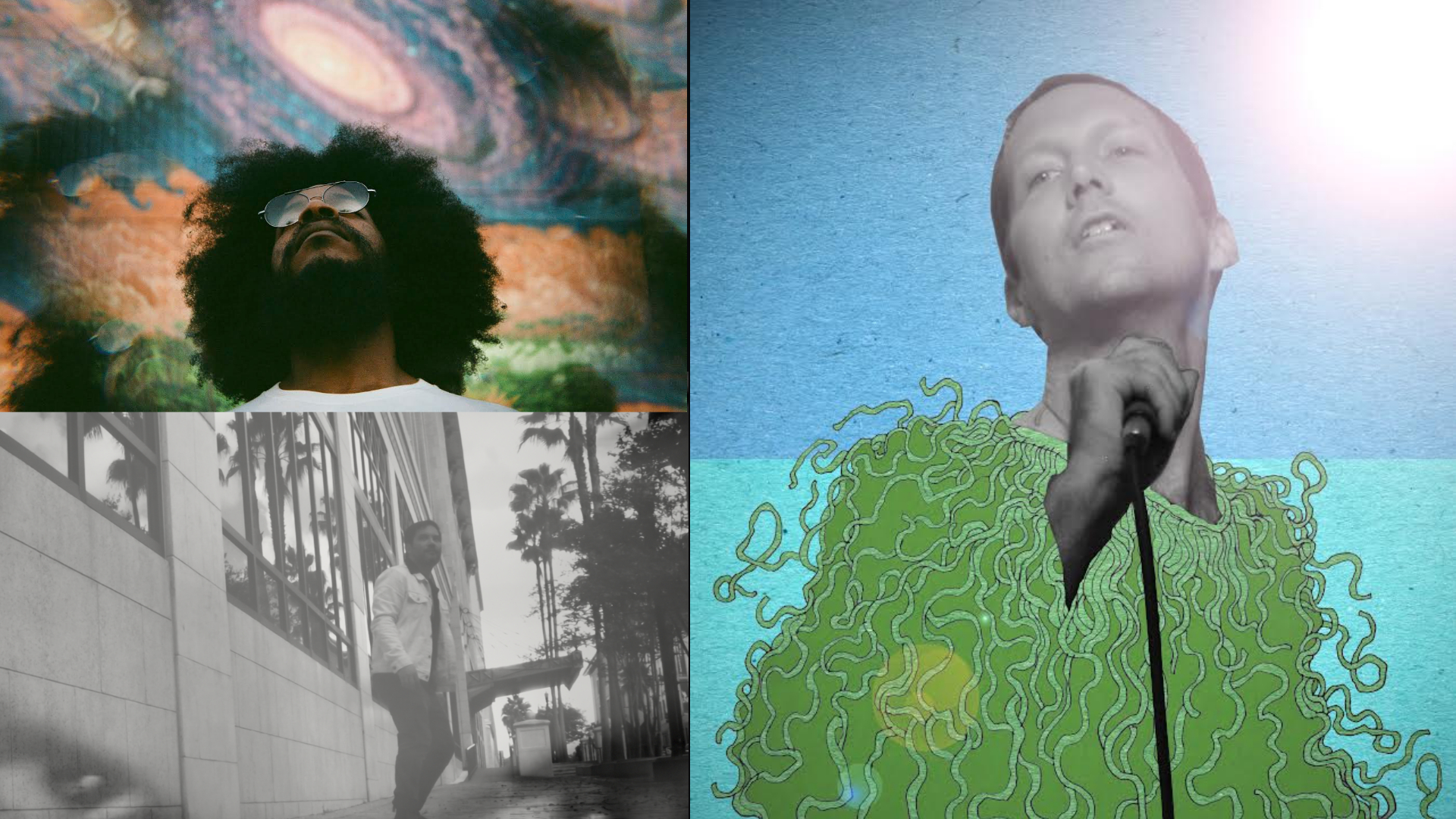 We’re all about music discovery here at the Jacksonville Music Experience. As we unearth new tunes from artists around the globe almost daily, we love to shine the high beams of our Local Spotlight series on the beautiful noise emerging from Northeast Florida. This week, we’ve got four great new tracks by Jacksonville artists.

“Heart Beats You Up” by Visitation

With Computers – a nine-song collection of dance-y bops, electronica balladeering and indie-folk ditties – multi-instrumentalist Ray Heekin, who released the album under the moniker Visitation, has established himself as an artist to watch in Northeast Florida. Recorded at The Glow in Athens, Georgia with Jesse Mangum (who’s known for his work with Elf Power and seminal Jax indie act Black Kids), Computers eclecticism is tethered by Heekin’s stirring arrangements, his gripping vocal delivery and the continuity of the album’s production, which digs into a joyous grab bag of analog (strings and horns) and contemporary digital instrumentation. “When you reach for me / You don’t even have to get out of bed,” Heekin sings in one of the many engaging lines on “Heart Beats You Up,” an electronics-forward track that finds its finds its footing on the dancefloor, channeling the best of ‘80s Bowie-Bramble-Padgham production with a handful of tasteful surprises, including a meditative acoustic guitar lead.–Matthew Shaw

“No Shelter” by Animal Clinic

“No Shelter,” the debut single from the forthcoming Alphaville, FL album from self-described “electric-utopia-synth-pop” artist Animal Clinic, is a continuation of James Rubia’s exploration of analog electronics tempered in the flames of DIY digital malleability. Rubia’s day gig is multi-instrumentalist for Duval indie rockers Kairos Creature Club. Rubia’s contribution to the refreshing and unpredictable art-rock leanings of KCC are evident in “No Shelter.” Yet the soft-hued synthesizers, cathedral-echo vocals that touch on an apparent theme of feeling displaced, if not dissociated, and an impressive dub-style bassline that rises and falls during the bridge, make “No Shelter,” and Animal Clinic in total, a unique beast in its own musical field.–Daniel A. Brown

“Afraid of Impulse” by Crescent

Jacksonville thrash metal band, Crescent, released their latest single, “Afraid of Impulse,” at the end of September. The four-piece band includes Jack Sluder (bass/vocals), Aubrey Foret (drums), Zane Pate (guitar/vocals) and Sebastien Hall (guitar). If you’re a fan of Metallica or Megadeth, you’ll appreciate this new generation’s twist on old-school death metal. “Afraid of Impulse” brims exhilarating guitar solos and with growling vocals, extolling lyrics that touch on how to get through whatever pain life throws your way. The song’s chorus takes a moodier turn, allowing the tense percussion to shine through the track’s booming guitars. Although “Afraid of Impulse” the group’s first streaming single, you can catch Crescent playing demos at local venues like Archetype or the Murray Hill Theatre, where the group has become regulars.–Carissa Marques

Cosmic Link is the transcontinental collab between Duval hip-hop polymath Jay Myztroh (Stono Echo) and Bristol, UK producer Ben Dubuisson (Hundred Strong project). The title track from their forthcoming Metaphysical EP reaches for the highest aspect of contemporary electronic-soul, with a shimmering analog-synth tone as de facto bass line, tentative guitar arpeggios, a soft-step beat and Myztroh’s exhortation to “be mindful how you spend your time here.” Both members of Cosmic Link deal in true musical pan-globalism: Myztroh is a founding member of Stono Echo, and erudite student and conductor of music of the African Diaspora choral canon; since 1999, Dubuisson has collaborated with an impressive roster of innovative hip-hop and reggae artists. With “Metaphysical,” they’ve arguably reached their goal to address, in the band’s words, “the impact that the individual has on this ever-present all-encompassing cosmos.” Heady stuff and worth leaning into.–Daniel A. Brown

Tune in to JME’s music discovery station, The Independent 89.9 HD4, to hear the best new music from local, regional, national and international artists.