What to see and hear at Springfield's annual porch party 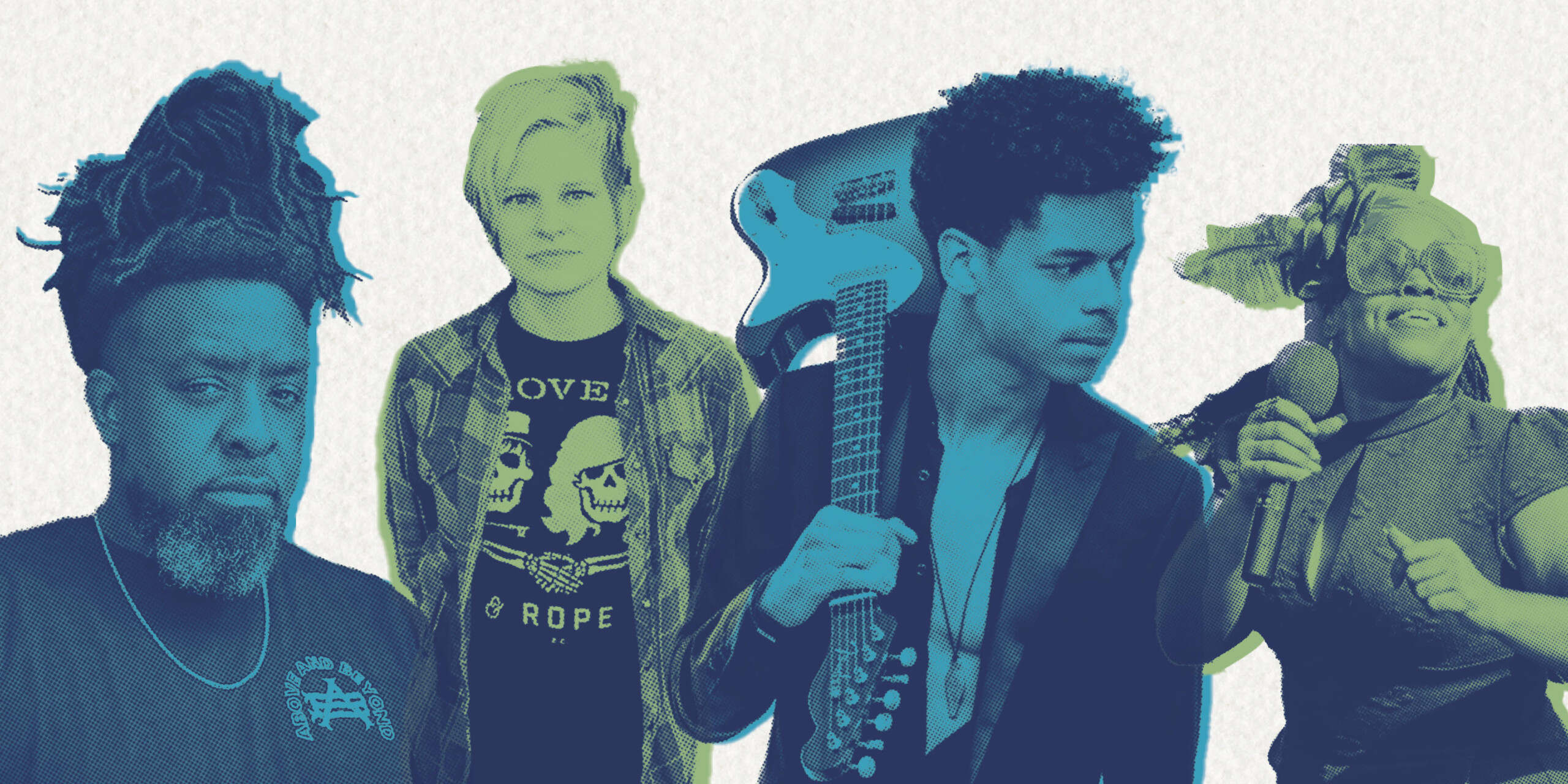 Springfield residents love their porches. More than augmentations of their home’s living and entertaining space, the porch is an extension of Springfielders’ personalities.

Which is why no event better captures the character and charm of this distinctive Downtown Jacksonville-adjacent neighborhood than the annual Jacksonville PorchFest. Taking place across four square blocks east of N. Main St. between E. 4th St. and E. 8th St., this year’s PorchFest features nearly two dozen artists performing on porches throughout the neighborhood.

To help you porch hop like a pro at this year’s PorchFest, we created an interactive map for the event, with details about each performer and porch.

It’s a lot to pack into one Saturday afternoon. But, if you’re looking for recs, here’s what the Jacksonville Music Experience team wants to see and hear at this year’s PorchFest.

Blues journeyman Eric Carter first hit the stage while still in his early teens. In the decades since, the Jacksonville-based performer has electrified crowds with his blend of blues, jazz, and soul, and has performed concerts with such greats as Al Green and George Benson. A regular on the club and festival scenes, Carter and his band are sure to deliver the goods at this year’s fest.–Daniel A. Brown

What began as a single dance class for ten kids in 1993 has since grown into a multi-million dollar nonprofit organization that now serves over a thousand kids per year, in a variety of locations across the region. Kids are given instruction in music, dance, theater and visual arts from a dozen educators and guest artists, doing over 50 events a year. One of their most popular initiatives is the CAP String Orchestra, which has helped steer dozens of students into the larger network of music education in Northeast Florida. Students from grades 4 to 12 fill out  the band, with alumni likely scattered throughout the crowd, as well.–Shelton Hull

Fans of folk rock, stomp-and-holler or any variety of Americana, should not miss Folk is People at this year’s Porchfest. The band is led by singer-songwriter Stacey Bennett who captures any audience with her stellar strumming and charismatic voice. She ties together tales of Appalachia with a Florida-man charm. My favorite songs by the group are, “In the Gutter Like a Poet,” and “Step Mama Blues.” They’re a great gateway band if you haven’t dove into bluegrass, but still enjoyed singing along to “Ho Hey,” in 2013.–Carissa Marques

What better way to kick out the jams than with the actual JAMS–the Jacksonville Arts and Music School, founded in 2014. Within two years, JAMS was established on North Liberty Street, in a 17,000 square foot facility that is one of the real gems of the urban core. JAMS offers instruction in four disciplines, with each “House” named after an iconic Black creator: Miles Davis (music), Debbie Allen (dance), Augusta Savage (visual arts) and Oscar Micheaux (film). They also teach a variety of technical skills, as well as Taekwondo and an afterschool program.–Shelton Hull

Dean Winter and The Heat

Dean Winter & The Heat are Duval’s premiere honky tonk heroes. In a short-yet-prolific time, the band has created a fiery buzz on the strength of their contemporary country rock that owes more to Gram Parsons than standard Nashville saccharine-country-pop. The band’s tune “Right on Track,” with its gritty Americana-meets-Waylon Jennings edge is a good place to start.–Daniel A. Brown

Porchfest just wouldn’t be Porchfest without the D-Line, the official drum corps of the home team Jacksonville Jaguars. You can find them engaged in all types of promotional ventures all over the community, when they’re not busy setting the tempo for Jags home games, and even certain high-profile road games in London. This group includes a bunch of trained musicians with band experience on all levels, but for them it’s really just about having a good time. (Now, if you want to see the very best in the genre, check out the HBCUs in your area.) If you’re 18 and up, and you can read music, auditions happen every June. Feel free to print out the music, and start practicing now, if you want.–Shelton Hull

The innovative soul-blues of Mama Blue is emblematic of the wellspring of talent in Northeast Florida. A graduate of both Douglas Anderson School of the Arts and Jacksonville University, Mama Blue and her savvy band are a ubiquitous presence on the local scene, comfortable at blues festivals as they are indie clubs. For newcomers and diehards alike, Mama Blue’s return to this year’s fest will be a must-see set.–Daniel A. Brown

At just 24-years-old, PorchFest 2022 headliner, the singer and guitarist Zach Person, has already enjoyed a decade-long career; a fact that, if you’ve sampled the Austin, Texas-native’s 2021 self-titled debut and/or subsequent singles, certainly tracks, as the young artist’s mix of traditional blues, R&B and rock n’ roll certainly betrays his old soul. His star is on the rise, no doubt. And this prodigy may be too big for a porch. He’ll perform on a proper stage in Sesquicentennial Park.–Matthew Shaw