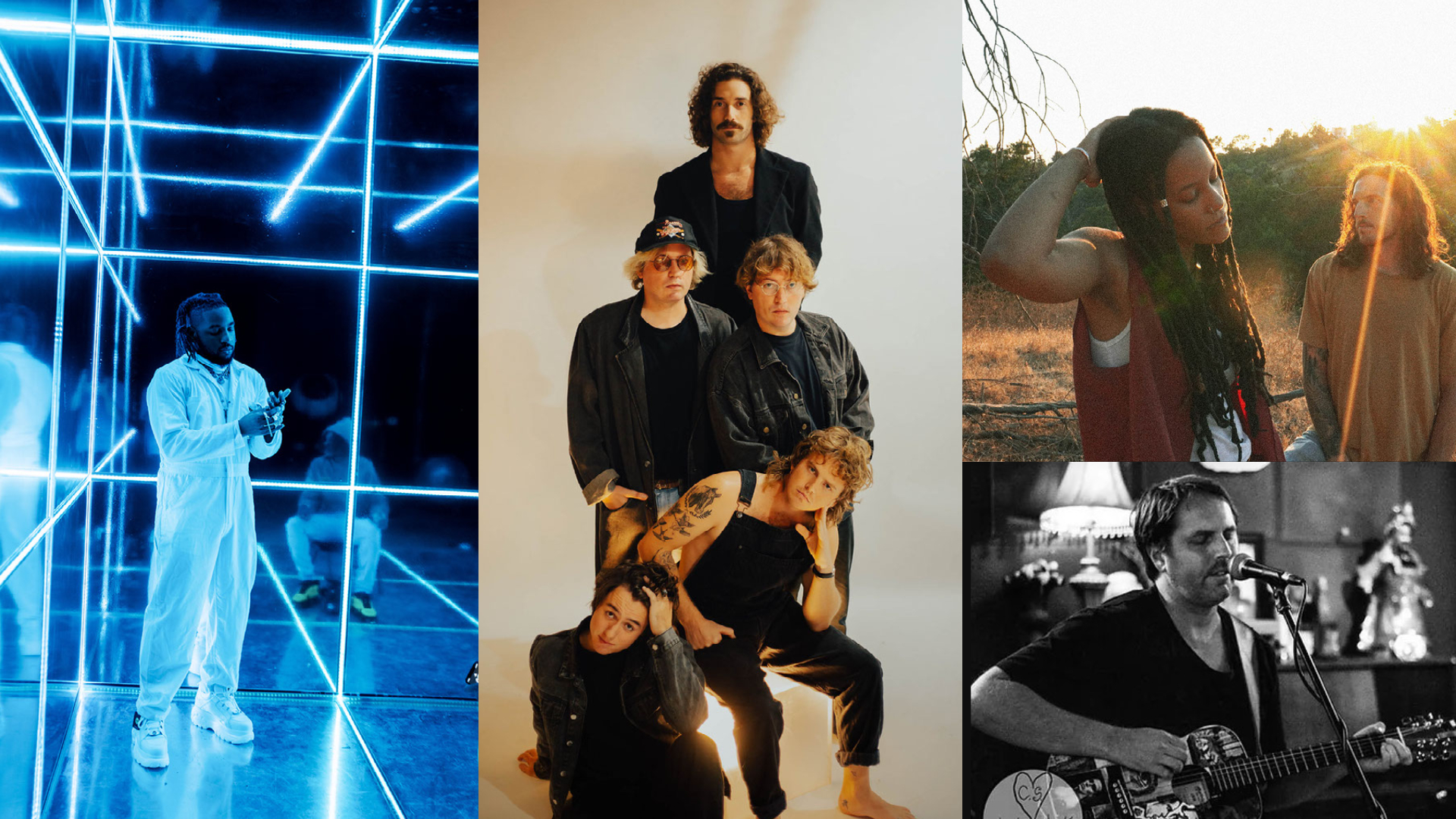 (From Left): Eddy Braveaux, The Dewars, LANNDS and Racewall Mosquitos all have new music out | Credit: Courtesy of the artists

We’re all about music discovery here at the Jacksonville Music Experience. As we unearth new tunes from artists around the globe almost daily, we love to shine the high beams of our Local Spotlight series on the beautiful noise emerging from Northeast Florida. This week, we’ve got four great new tracks by Jacksonville artists.

“Suburban Legends” by The Dewars

Since 2015, twin-brother-led St. Augustine quintet The Dewars have been cranking out the kind of uniquely askew psychedelic folk that could only emerge from the idiosyncratic Sunshine State enclave from which they were reared. Certainly, taking a swing at an artist’s life in a city with such a precarious relationship with the truth, an area hemmed in more and more by the manifest destiny of St. Johns County’s rapid suburban sprawl (one of the fastest growing counties in the US), is bound to provide one (or, in the case of the brothers Dewar, two) an oblique perspective on human behavior. Hence, the ethology that has become the duo’s lyrical calling card. On tracks such as “Sucker For Your Hometown,” “Music in the Money Industry,” “If the World Was Gonna End Today,” and the recently released “Suburban Legends,” The Dewars combine the warbly instrumentation and pop melodies of Open Road-era Donovan with a humorous, and often cynical, lyrical approach. “In the suburbs/cat burglars steal your pets and rearrange your furniture,” is just one of several awry portraits painted by the band in “Suburban Legends.” Though sonically different, The Dewars arguably have much in common with oddball acts such as Suburban Lawns — groups whose good taste and aversion to conformity pushed their music into the realm of the influential. Perhaps ironically, The Dewars seem destined to become suburban legends in their own right.–Matthew Shaw

The latest from these Northeast Florida-to-L.A. expats is a four-and-a-half-minute offering that stays within the framework of their mix of woozy electronics, clacking beats, and singer Rania Woodard’s surely-impressive vocals; yet builds up and extends their overall sound, which is a less-feral Animal Collective vibe but has enough teeth and groove to stand-out on your autumnal playlists.–Daniel A. Brown

“Miles Above” by Racewall Mosquitoes

The Recital of Annie Lytle, a concept album from local group Racewall Mosquitoes, memorializes the derelict and long-abandoned Duval County academy Annie Lytle Elementary School, aka Public School Number Four. (Or, depending on one’s beliefs in myth and hauntings, “The Devil’s School.”) The track “Miles Above” is a somber ballad that evokes Odessey and Oracle-era the Zombies, with its rolling-plucked acoustic guitar, counterpoint of droning strings, swooping synths and singer-songwriter Matt Morgan’s plaintive vocals. Impressive performances from Luke Walker and Morgan on “Miles Above” and the rest of Annie Lytle hit the mark in celebrating the 19th-century landmark, one that for decades attracted trespassers, photographers, drug addicts and countless teens looking for a mischievous way to commune with forgotten Jacksonville history.–Daniel A. Brown

Jax-to-Atlanta rapper and producer Eddy Braveaux comes alive on his latest, “Papa Smurf,” showing off his deft skills and comfort in the pocket of the JATCE-produced beat. Braveaux throws cool gestures throughout his verse and the song’s chorus while handling the hip-hop cadence with swag to spare. Additionally, he channels the beloved cartoon character, Papa Smurf — the 546-year-old, undisputed leader of the blue humanoid Smurf colony — a claim that enhances Braveaux’s status as one of the more creative lyricists in the regional hip-hop scene. The electronic vibes and trap-influenced drums make “Papa Smurf” a fit for the club.–Al Pete

Tune in to JME’s music discovery station, The Independent 89.9 HD4, to hear the best new music from local, regional, national and international artists. And follow our Fresh Squeeze playlist on Spotify (below) to stay up to date on everything being added to rotation.