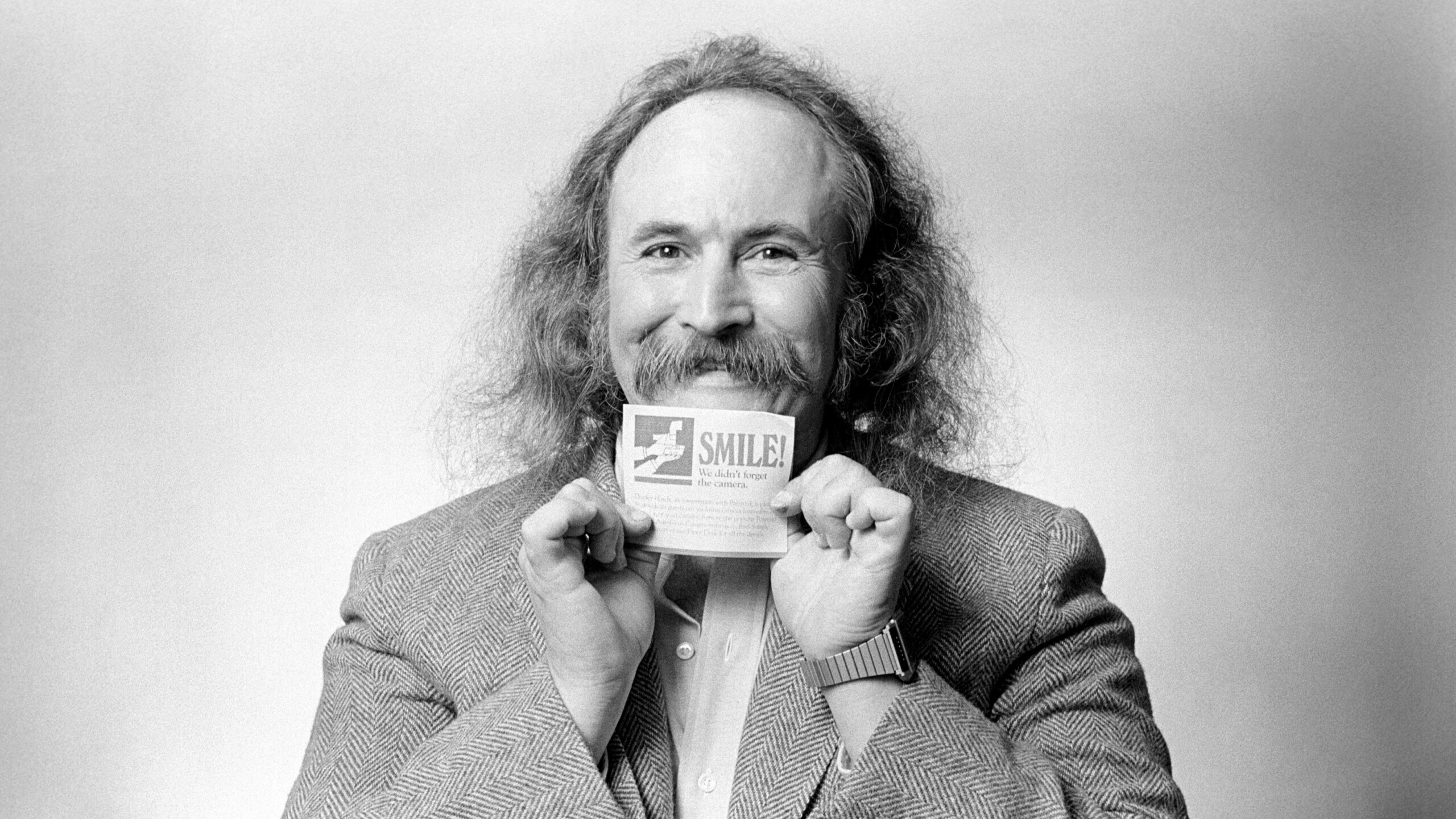 David Crosby, a prominent figure of the free-spirited 1970s Laurel Canyon scene who helped bring folk-rock mainstream with both The Byrds and Crosby, Stills & Nash, has died at 81. His publicist confirmed the artist’s death to NPR; no cause of death was given at the time of this report.

Crosby had long dealt with serious health problems, including multiple heart attacks, diabetes and hepatitis C, for which he had a liver transplant in 1994. In spite of those challenges, the veteran musician enjoyed a creative hot streak in recent years. He added five solo albums to his catalog between 2014 and 2021, and toured frequently with two sets of collaborators, the Lighthouse Band (which featured Snarky Puppy bandleader Michael League) and the Sky Trails Band, featuring his son, James Raymond, on keyboards.

Crosby’s focus on touring stretched all the way back to his early professional days, when he was a nomadic folk musician honing his performance skills on the road. In the late 1950s, Crosby started performing at coffeehouses in Santa Barbara, Calif., but soon began traveling around the U.S., popping up in southern Florida, Chicago and Boulder, Colo. Crosby also spent a formative period in Greenwich Village, where he teamed up to play at the then-new Bitter End with Chicago musician Terry Callier.

His long and successful solo career notwithstanding, Crosby thrived on collaboration — a trait he discovered as a young child, after being mesmerized by a symphony orchestra performance. “The idea of cooperative effort to make something bigger than any one person could ever do was stuck in my head,” he wrote in his 1988 autobiography, Long Time Gone. “That’s why I love being a harmony singer, why I love being in a group.”

Crosby’s first big successes came as a founding member of expansive California country-folk troupe The Byrds. The group hit its commercial peak during his tenure, earning two No. 1 singles — covers of Pete Seeger‘s “Turn! Turn! Turn!” and Bob Dylan‘s “Mr. Tambourine Man” — and reaching the Top 20 with the stormy classic “Eight Miles High.” Crosby co-wrote the latter, and penned several other memorable Byrds songs, including the lilting, jangly “Lady Friend.” He was instrumental in helping the group develop its harmony-rich vocal approach and kaleidoscopic sound, which incorporated psychedelic rock, jazz and twangy folk, and has taken credit for introducing bandmate Roger McGuinn to the music of John Coltrane and Ravi Shankar.

In 1967, Crosby was fired from the Byrds over growing personality and creative conflicts (although he later returned to produce and perform on 1973’s Byrds). At loose ends, he immersed himself in sailing, one of his childhood passions, buying a schooner for $25,000 with money borrowed from The Monkees’ Peter Tork. The boat would be a source of solace and inspiration for decades; he wrote songs including “Wooden Ships,” “The Lee Shore” and “Page 43” while on board.

Crosby was born Aug. 14, 1941, and grew up in Southern California. His father was cinematographer Floyd Crosby, who won an Academy Award for his work on 1931’s Tabu: A Story of the South Seas, as well as a Golden Globe for 1952’s High Noon. (Crosby himself would influence another notable corner of Hollywood: He often said that Dennis Hopper took inspiration from his look and attitude for 1969’s Easy Rider.)

As a kid, Crosby fell hard for The Everly Brothers, the genesis of his lifelong fascination with close harmony, further cemented by his family’s regular sing-along sessions. His older brother, Ethan, introduced him to jazz, a genre he would touch on throughout his career, including with his late ’90s / early ’00s band CPR and on a ruminative 2017 solo album, Sky Trails.

Crosby’s formative influences became more prominent in his partnership with Stephen Stills and Graham Nash, with whom he explored novel ways of expressing harmony. In Long Time Gone, he deconstructs their unique vocal approach with typical concision, noting the group sang “nonparallel stuff” influenced by classical music, late ’50s and early ’60s jazz and the Everlys. “I did some of my very best work being subtle, moving the middle part around in internal shifts that kept it happening,” he wrote. Crosby’s ocean-clear tenor meshed seamlessly with the voices of Stills and Nash in hushed and haunting ways, particularly on his own “Guinnevere.” His songwriting contributions also pushed the band in new directions — in particular, the rhythmic cadences of “Déjà Vu” and the loose arrangements and boho instrumental tone of “Wooden Ships.”

As a trio, Crosby, Stills and Nash was both commercially and critically adored. Its self-titled 1969 debut led to an performance at Woodstock and a Grammy for best new artist, while 1970’s Déjà Vu — by which point Neil Young had joined, adding another letter to the band’s name — touched on both the comforts of tradition and the seismic generational shifts that were underway. Months after Déjà Vu‘s release, Crosby, Stills, Nash & Young would become a leading voice of the nation’s anti-war movement, recording the Young-penned “Ohio” in response to the May 1970 shooting of four students at Kent State University.

Over the years, Crosby — who was inducted into the Rock & Roll Hall of Fame twice, as a member of The Byrds and of CSN — continued performing with various collaborators, with Nash serving as his steadiest foil well into the mid-2010s. Ever opinionated and brutally honest, he was an open book about his personal flaws and failings, as well as how he felt about his peers. This no-nonsense personality made him both endearing and prickly, especially as a bandmate — CSNY’s internal disagreements were legendary. But in later years, it made him a natural for the concise and quippy nature of Twitter. Crosby shared wide-ranging thoughts about politics and music on the platform, and answered fan questions, both about his own career (he told one fan he “was not the right guy for the job” to when asked whether it was true that he was supposed to have worked on Leonard Cohen’s second album) and about those in his orbit (“Was Jerry Garcia a tenor?” Answer: “Tenor/baritone.”). Such lovable terseness even landed him an advice column in Rolling Stone.

Crosby’s career was marked by countless reinventions and second chances. Years of well-documented substance abuse led to tumultuous relationships in and out of music, multiple arrests and a nine-month stint in a Texas prison in the ’80s. Remarkably, his voice remained strong and unweathered, a fact Crosby himself found inexplicable, as he explained to Cameron Crowe in the 2019 documentary David Crosby: Remember My Name. Yet the film also reflected plenty of humility, portraying a musician facing his mortality by trying not to dwell on the past.

“I’ve hurt a lot of people,” Crosby told Here & Now, the midday news show from NPR and WBUR, in 2019. “I’ve helped a lot more. I just have to be able to look at it and understand it and learn from it. I’m not beating myself up about any of it. Truthfully, I’m actually pretty happy with the guy I am now. I’m trying real hard to be a decent human being. And I like it.”