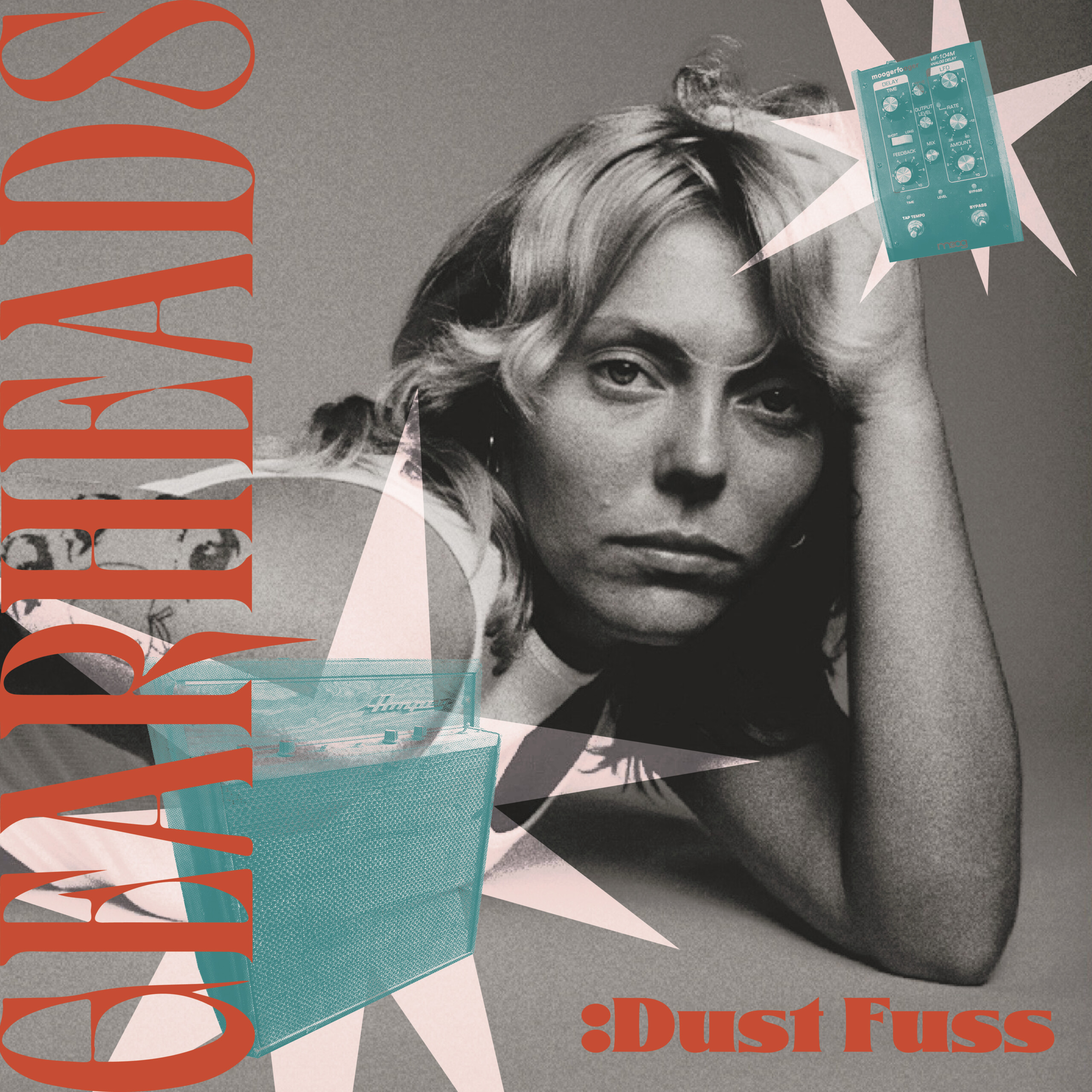 Dust Fuss’s first full-length album, Motorsigh, is just what we need for a stoic start to a new year. Vocalist and guitarist Taylor Olin describes the feeling of the record as “liberating, like crushing a can with your boots, paired with the goofiness of amateur baseball and the bad-kid energy of a cigarette in the locker room.” That mix of freedom, playfulness and grit drips from every song on Motorsigh, though the record doesn’t neglect an undeniable soft side—a feeling that Olin cites as “somber western tears.”

Written here in Northeast Florida and recorded at Arrow Sound Studios in North Carolina, the songs on Motorsigh explore themes ranging from lust to spiritual awakening. Olin cites influences such as Jefferson Airplane and The B-52’s while incorporating R&B and folk country, genres that she fell in love with early on in life. Cheeky lyrics combined with rockabilly licks and driving rhythms make this a windows-down, moonroof-open rock album perfect for that big new year energy.

“If you really want to understand, I want you to lean in.”

I asked Olin about the gear she used to record her latest release, which she was shy talking about at first. Not because she considers it a secret recipe—rather, she admits to a healthy dose of imposter syndrome. “My gear is old,” she says, “and pretty beat up and used. I think that, in a lot of what I do, I have a ‘make what I can with what I have’ mentality, which is my favorite recipe for creation but may look bad on paper.”

If you ask me, though, that kind of attitude resonates more with musicians than any shiny, fancy, inaccessible gear ever will. Because isn’t that all we’re ever doing—making what we can with what we have?

Here are Olin’s essentials to recording Motorsigh, ranging from vintage guitars to vocal effects to time in the Dharma Temple.

Vocal filters. Being predominantly a vocalist, I am very specific about how I want my vocal sound to come off, and I intentionally don’t want lyrics to be too clear all the time. If you really want to understand, I want you to lean in. With my vocals, I always opt for more filtration.

The Vocal Chain 1176 Compressor is a very fast compressor, making everything sharp and edgy. The UAD Capitol Reverb is another favorite, really great for a classy ‘50s/‘60s sound when I need some gentleness. I also used the Moog MF 104 Delay, an analog delay known for its warmer-than-digital overtone. It creates an analog slap-back effect, which I love in vocals, especially when I double over them. I’ve always loved the type of vocals that sound chanty, almost like an edgy cheerleading team.

1995 Woodgrain Squier Stratocaster. I really love my electric guitar. It has a great feel and overall solid tone. I naturally love anything that is a bit older and has a quirky personality.

MXR Distortion Plus. This was the distortion I used most on the Strat. It was super important to get that tight, gritty sound that almost makes the guitar sound like a train coming to a stop. Squeaky brakes!

1967 Ampeg Reverbojet. I love this amp, and not only because it was made in 1967—amazing year—but the tone and the overall sound really captures that year of music in a nutshell. It also has a beautiful look.

My 1995 Pontiac Transport. Her name is Jackie Blue (after The Ozark Mountain Daredevils) and she is cherry red. She has gotten me near and far. She is also an icon and reminds me to have no humility. You simply can’t miss her when you see her on the road. She turns heads everywhere we go and gets a lot of laughs. She is decked out inside for gear and camping. In two weeks, I’m driving her to California, where I’m moving.

Espresso. Quality espresso to start my morning is like diesel to an 18 wheeler. Gotta have it. Love to have it.

Turning inward. This is another essential for my writing and recording—balancing a crazy high-energy band with meditation, daily yoga practice and being a Buddhist practitioner. I don’t think I’d be where I am today without these outlets. I always feel sort of funny leaving the Dharma Temple to go play a rock show, but I couldn’t have it any other way.