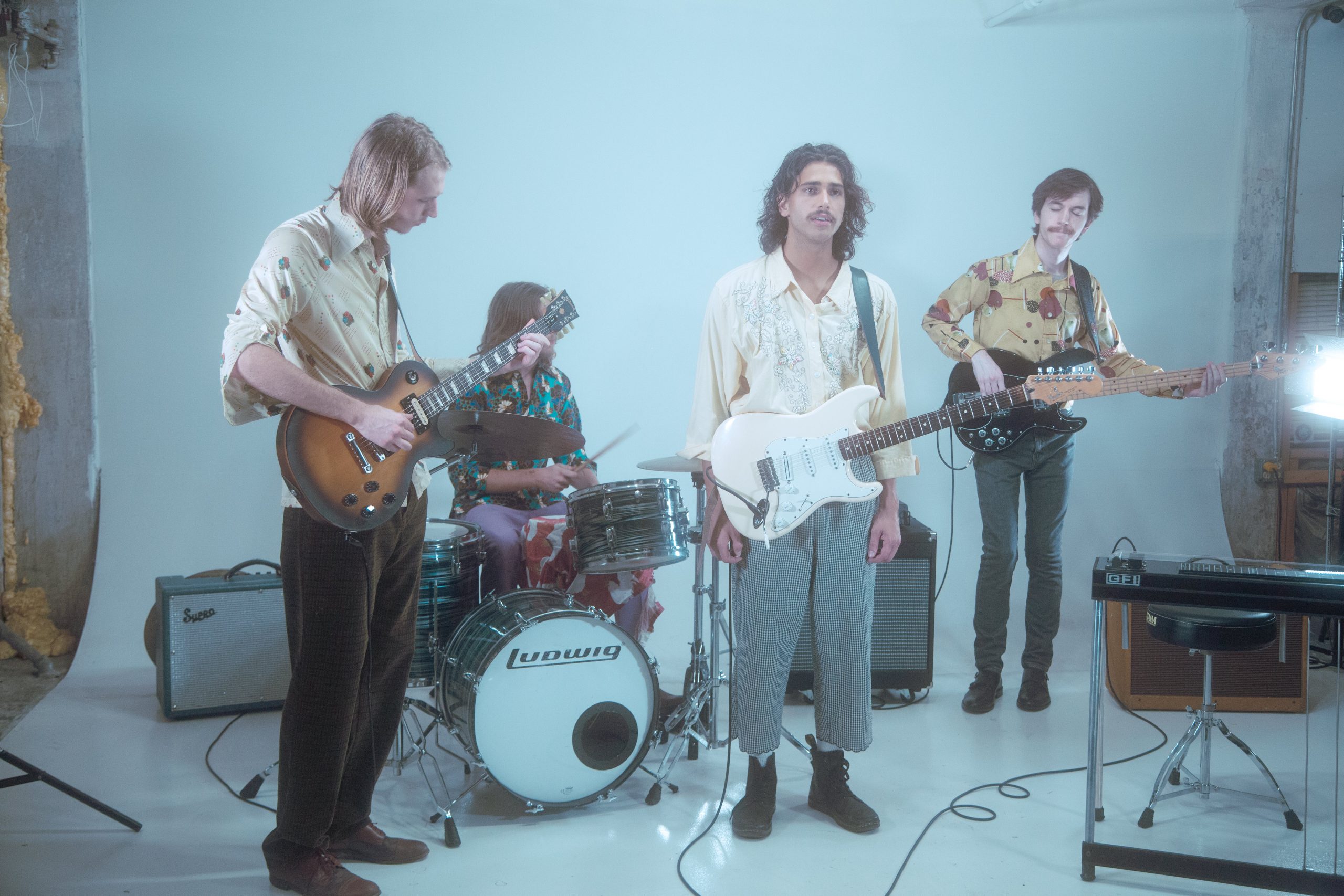 Multi-instrumentalist and producer Taylor Paul Neal has emerged as a significant presence in Jacksonville’s indie scene. Neal, who’s a member of or accompanying player with several standout local bands (Bobby Kid, Leo Sun) with a list of production credits to his name (Leo Sun, Shane Malone, Quarter Roy, John Aloszka), has now stepped into the spotlight, dropping the first-single “Smello Coffee” from a full-length due out at the end of the summer.

For Teal Peel, Neal’s assembled a band of frequent collaborators (Brian Lester-VRP, Bobby Kid; Caleb Hollan-Viewers like you; Daniel Hubert-Primary School; Landon Gay-Howdy), all of whom have lent their skills to a similarly various assortment of local indie projects. Those familiar with Neal’s work with other artists will find a handful of recognizable sonic fingerprints on Teal Peel’s production.

“Smello” is driven by a power-chord chug, and painted with reverb-y guitar strums that wail into overdrive and watercolor smears of pedal steel, all of which is compressed tastefully into an artful, lo-fi presentation.

“The smell of coffee helps me get up quicker every day,” Neal sings to open the song, meandering his way through a drawn out single sentence verse, before adding “I pour another cup and go to work again and I’m getting kind of bored.” Neal emphasizes bored with a proverbial wink, bringing the band in behind him in a soft-loud dynamic play reminiscent of The Pixies.

In Neal’s use of dynamics, choice of effects and commentary on apathy and boredom (“I can’t stop looking at the time” he sings), “Smello” smacks of seminal ’90s alt- and art-rock groups like Pavement, Guided By Voices and Silver Jews; bands who would come to define the college radio tastes of Generation X, as well as that cohort’s reputation as militaristically indifferent.

Earnestness has been trending hard for more than a decade now––it is what Millennials, i.e. the Twee generation, hath wrought on music. So it’s refreshing to hear a young artist exploring the multitudes of the human experience (lest we forget that, before iPhones, boredom was a big part of life). In Teal Peel’s case, it’s done so both softly and loudly.

A short film called “Country River”, which is a companion piece to Teal Peel’s forthcoming album, premieres Wednesday, July 14 at Root Down in Five Points.