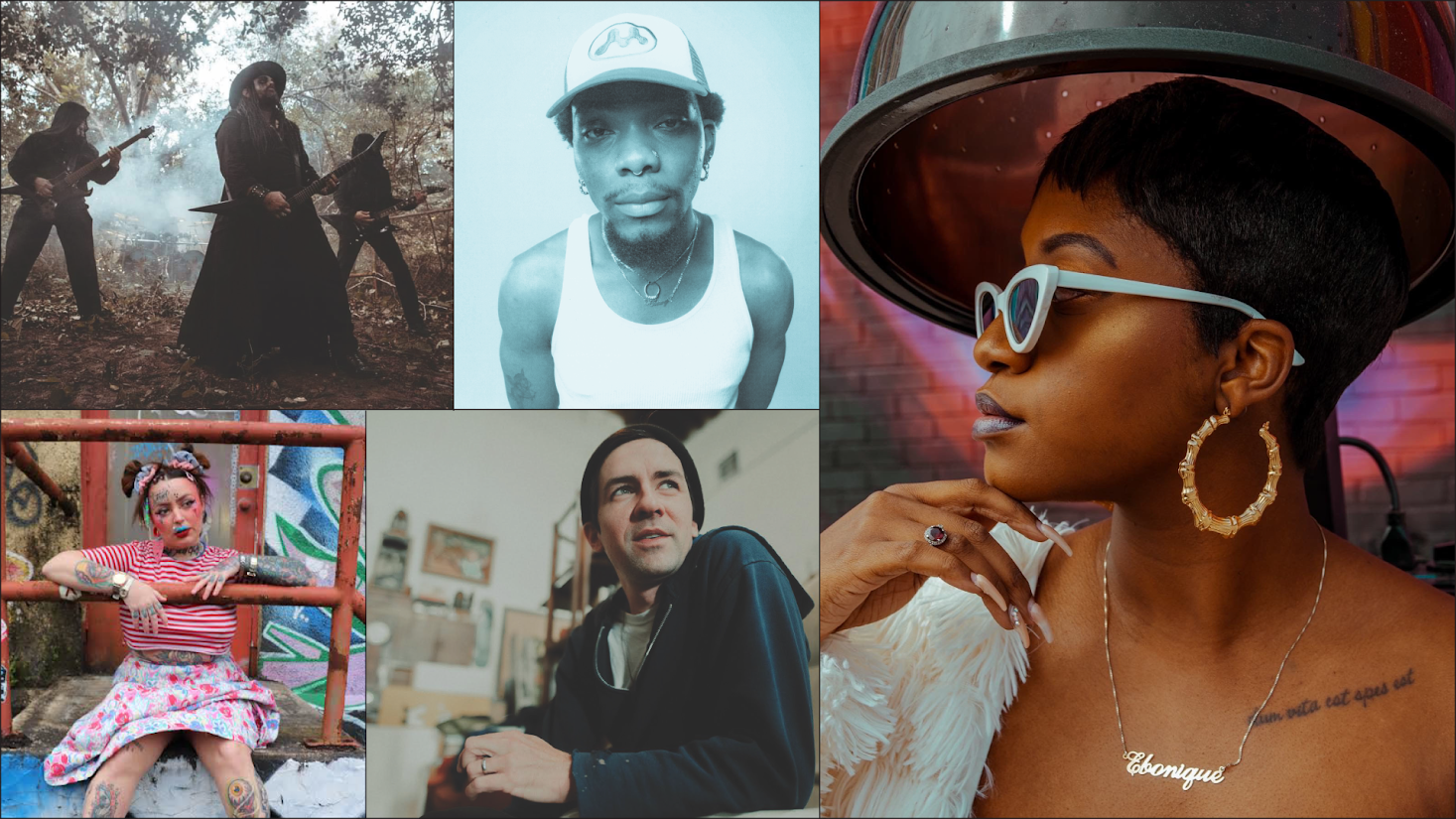 The JME team has already reviewed a lot of great local music this year. And it’s only July.

Just to catch our breath, we decided to dig through everything that’s come across our speakers or headphones during the first six months of 2021 and pick out our faves. Here are JME contributors’ picks for the best local and best not-local songs of 2021, so far.

Patrick Kane, AKA Rambler Kane, is a consistent presence at local open mic nights, holding court by deploying a fingerpicking, country-blues style of Americana. Kane’s debut single “Heart’s on Fire,” recorded locally with The Young Step’s Micah Gilliam, highlights Kane’s alluringly congenial voice and prowess on the acoustic guit. With accoutrements including slide guitar, a chorus of Kane’s own vocals and subtle riffs of twang, “Heart’s on Fire” is a fully realized debut, an expression of the beautiful simplicity of Kane’s songwriting.

The Pittsburgh native has lived in Jacksonville for over a decade, but she’s only recently emerged in the local music scene. “Confessional” is what it sounds like: verbose and vituperative, a venting of voice. The sense of catharsis is palpable.

Top-tier singer-songwriter rickoLus dug deep into his Jax Beach roots on Bones, a concept album chronicling his years as a Beaches native. The Springsteen-esque, piano-driven ballad “Beach Town” includes vivid imagery of running from cops, smashing skinheads with skateboards, first-kisses, late-night meals at the Village Inn and more ‘90s nostalgia than can fit on a laserdisc.

Soul singer Ebonique released Edge Control, an EP of modern R&B, in April of 2021. The collection’s title track is a fresh-yet-nostalgic blend, highlighting Ebonique’s skillful flow over punchy kicks and triple snares. Edges serves as a metaphor for the artist’s distinctive output––chill, sensual, with some hard corners.

The Noctambulant – “Hellrazor” from the Hellrazor EP

Since 2013, local melodic black metal artists The Noctambulant have experienced the kind of achievements and hindrances that can seem endemic to metal in general and black metal specifically: a stream of EPs and full lengths that on increase in quality and potency, being “big in Europe” while existing in a exclusionary realm by default in their hometown, yet still carving out their place in the pantheon of contemporary metal. Among the Noctambulant’s many attractive qualities is the fact that they aren’t blinded, or deafened by, the at-times binary aesthetic that makes black metal simultaneously appealing, predictable, and ultimately indistinguishable and forgettable.

Madre Vaca – “Wind” from The Elements

The elusive collective Madre Vaca delivered its fourth studio album, The Elements, with thoughtful aplomb. This union of Northeast Florida’s best jazz talents––Jonah Pierre (piano), Jarrett Carter (guitar), Thomas Milovac (bass), Benjamin Shorstein (drums)––deliver “Fire”, “Water”, “Earth” and “Wind”, of which the Jonah Pierre-composed “Wind” vacillates between gentle breeze and howling gale. I listen to it and, in all truthfulness, fling the windows open, letting the song fill my house and spill back out into the world. Read the full review here.

R&B songster and multi-disciplinary artist Tenny Rudolph dropped the single “Make U Feel” at the top of 2021. The track opens with a playfully smooth bass line. A pulsing beat and Rudolph’s sensually minded vocals make for a distinctive mood that tugs at Rudolph’s neo-soul roots.

Skyzoo – “Bed-Stuy is Burning” from All The Brilliant Things

The landscape of hip-hop has seen low and rising fields. Brooklyn emcee Skyzoo’s new full-length All The Brilliant Things is undeniably a feel-good hip-hop record. Beginning in the late 2000’s, Skyzoo has specialized in diaristic accounts of his adolescent years, while chronicling the present and always offering a glimpse of a hopeful future. An example of Skyzoo’s hopeful wishes is found on the album’s lead single “Bed-Stuy is Burning,” where he declares his hometown, and selected cities, to be at the forefront of positive change.

The pandemic canceled what would’ve been the biggest year yet for Liz Cooper and the Stampede. So the band’s leader spent her time making art and writing new music. “Slice of Life” offers a glimpse into her mature sound: much glam, more harmony, a bit less pyrokinesis. It’s the new style, and I am here for it.

I was relatively late to the party on soulful, chill-AF multi-instrumentalist Cautious Clay. Yet, I certainly overstayed my welcome on the artist’s sparse, pre-2021 output (without question, I’m responsible for a few thousand of the 84 million Spotify streams of 2018’s “Cold War”). In June, Clay dropped “Wildfire,’ the first single from his debut full-length Deadpan Love, which was cause for celebration in my household.

The North American love affair with Cuban music continues and is dealt a fresh dose of authenticity with Okuté’s self-titled debut released on the Daptone associated label, Chulo Records. A straight rumba album that ties in the language of late night Afro-Carribean religious chants, the record’s third cut, “Chi Chi Ribako,” grooves hard. Harder than you may be able to handle. Much harder.

I’ve been following Florida-based collective Seeyousoon since 2019. Each artist in this collective brings a unique sound to the space. The nine-piece’s latest single “Faster Please” is indicative of the group’s vast talent and collaborative spirit. “Faster Please” opens with a present snare and familiar homage to the Missy Elliot and Pharrell track “WTF.”

Choosing a best song from Peruvian noise/grind/electronics/genre-forward-slashers Tetsuo’s recent Obsolencia Humana EP in a roomful of family is a great way to “create boundaries.” But clocking in at a terse 1:49, “Pudretechnics” makes avant-composer John Oswald’s Plunderphonics experiments sound like a 1960s’ Walter Brennan “cornbread for Christmas” recitation.

Followers of KGATLW are certainly aware of the group’s prolificness, as well as the genre-busting nature of the material that floods from their collective minds. Somewhere in the morass of the group’s roughly five-albums-per-year cycle, there’s literally something for everybody. Though Gizzard’s output spans from alt-pop to thrash metal, their newest release, Butterfly 3000 leans toward the former, bathed in sequenced synths that blossom into swirls of satiating harmony driven by various meters of tasteful drumming. The album’s halfway marker “Interior People” is both trippy and structured, perfectly suitable for either lazily basking on the beach or sauntering down a neon strip of nighttime excitement.

Go | The best shows in Northeast Florida this week