Is Music Getting Old?

Old music squares off with new music in Jacksonville 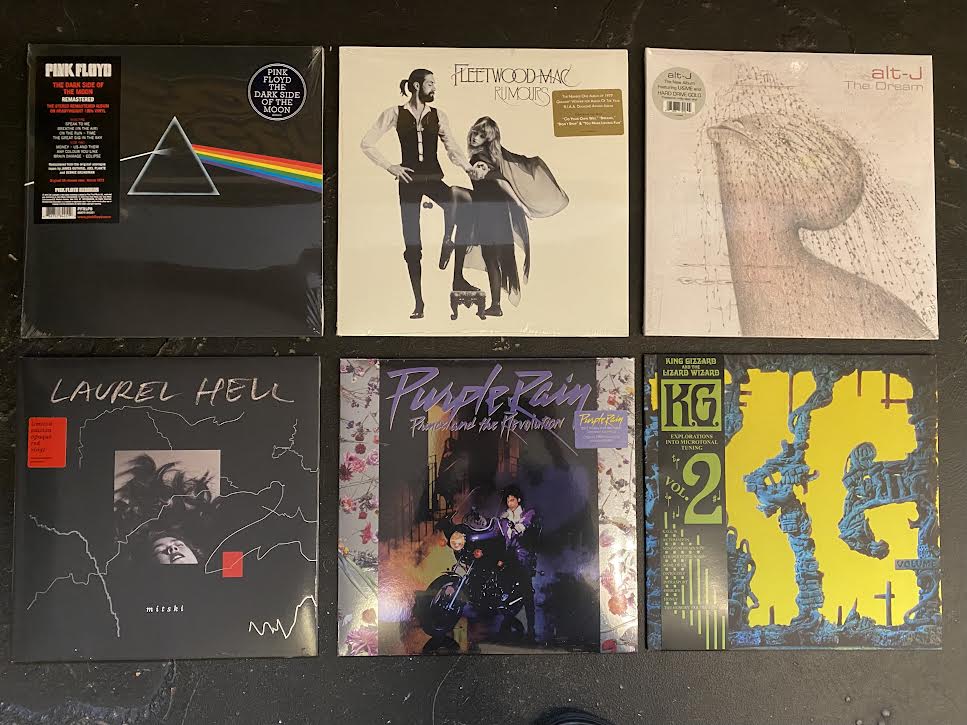 A collage of old and new at Tiger Records in Riverside | Credit: Photograph provided by James Siboni

The music industry has been on shaky ground of late. From a pandemic-initiated halt to touring and logjams at vinyl record pressing plants, to a push for more equitable revenue models from streaming services (and artists pulling their music from Spotify) to private equity’s new interest in the songbooks of legacy artists, the entire premise of music as business is being reimagined.

A jolt of good news in the form of music data collection company MRC: The music business seemed to find its footing in 2021. Americans are consuming more music overall. Sales of music in physical formats, particularly vinyl, are on the rise. Streaming numbers are up.

But one nugget of data was enough to give more than a few music journalists pause, sparking a heated debate about the state of the music industry.

According to the report, while Americans consumed more music overall –– leading to a 12% increase in on-demand streaming –– new music (that is: music released in the last 18 months) in on the decline. In fact, old music accounts for about 70% of the entire US music market.

“Those who make a living from new music — especially that endangered species known as the working musician — have to look on these figures with fear and trembling,” wrote music journalist Ted Gioia in a widely shared article in the Atlantic titled “Is Old Music Killing New Music?” Though a few rebuttal pieces pointed out that Gioia’s lamentation is bogged down by confirmation bias and more than a few fraught anecdotes, the trends he enumerates are certainly noteworthy.

Old music accounts for about 70% of the entire US music market.

Investment firms like Hipgnosis Song Fund, as well as major record labels, shelling out nine-figure deals for the catalogs of aging (or dead) musicians –– Bob Dylan, Paul Simon, Bruce Springsteen, David Bowie, Neil Young are among the legacy artists who sold their music recently –– likely indicates that old music will be ubiquitous in television commercials and movies for years to come.

Radio stations are putting fewer new songs in rotation. Record labels aren’t investing in new technology. And record stores, according to Gioia, are “caught up in the same time warp,” making more money from old LPs and re-pressings than they do from new music.

What to make of all this? Gioia doesn’t offer any panacea, just a gut-feeling that “music is too powerful” for these nefarious forces to kill. But is old music really killing new music?

“There’s no such thing as old music, it’s just music you haven’t heard,” says David Luckin, station manager at WJCT Public Media and longtime radio DJ behind Electro Lounge and other eclectic music programs. “On the other hand, when I look at the ratings for stations around the country, classic hits and classic rock seem to be number one in a lot of major markets.”

Luckin believes there’ll always be a market for new music, just as there is a market for old music. “I think there’s a kind of comfort in the music of your youth. When people are young, they’re more likely to be interested in what’s new. When we’re older, we go back to what’s familiar and warm.”

“I have this conversation often and I think the combination of TikTok and TV shows has been the biggest influence on youth discovering old music,” he says. “With TikTok, adding a video that encapsulates and ties in the emotion of a song, like using  Herb Alpert’s ‘Ladyfingers’ to showcase some serene scenery or hallucinogenic visuals, or skating by a Santa Monica Pier-esque scene to Fleetwood Mac’s ‘Dreams.’ Whether kids grew up with parents who didn’t expose them to music before their time, or they hear snippets of song from popular mixes like Soulection Radio, once they hear a sound that resonates with them for either the purposes of creating a video, or because it triggers a feeling of anemoia.”

“I fell into a rabbit hole of obtaining music that shaped my teens and early twenties, which has been an issue since CDs were the most relevant media format, so a lot of albums never got pressed,” Smailagic says of his physical format music purchases, citing John Legend’s Once Again (released in 2006).

And therein lies one of the criticisms of the old-music-versus-new-music paradigm. Is a John Legend album old? Is a song released 19-months ago old? According to the MRC data, anything released more than 18-months ago is old.

Currently, the number one record on college radio is Laurel Hell by Japanese-American singer Mitski. The album came out two weeks ago, but the first single, “The Only Heartbreaker,” came out nearly one year ago. If someone is still streaming “The Only Heartbreaker” six months from now, will they be listening to old music?

“Those who make a living from new music — especially that endangered species known as the working musician — have to look on these figures with fear and trembling.”

Ted Gioia writing in The Atlantic

James Siboni owns Tiger Records in Riverside. He says his customers are just as interested, if not more interested, in new music. “I get more people asking about brand new music from newer artists. People will ask if I’ll have a specific record on the day it drops.”

However, there are certainly records –– classic albums –– that never go out of style. “Hit records from the past never stop selling. I will sell a few copies of Fleetwood Mac’s Rumours or [Pink Floyd’s] Dark Side of The Moon every single week, all year round.”

And sales of new records, Siboni notes, tend to taper off. “Adele will sell a few copies a day but only for about a month and then completely drop off,” he says. No doubt albums like Miles Davis’ Kind of Blue, Bob Marley’s Legend and the previously mentioned Rumours are the exception not the rule (since its release in 1977 Rumours has remained on the charts for 396 weeks).

For most younger listeners, it seems, rather than old music being a dead end, new music is a gateway to older or even more obscure music.

“Having the streaming services suggest songs to you based on your likes allows younger generations to discover older artists,” says Smailagic. “You might like Bruno Mars “Uptown Funk” and then discover a band like The Gap Band in return.” (Editor’s note: “Uptown Funk” and The Gap Band’s “Oops Upside Your Head” are so similar in fact, that Members of The Gap Band filed a copyright infringement lawsuit against Bruno Mars and Mark Ronson.)

And in Siboni’s experience, people can and do consume more of both old and new music. “It’s common for someone to purchase a [Led] Zeppelin record when they stop by to pick up a new King Gizzard [and the Lizard Wizard] LP,” he says. “I don’t think people will stop making great music or that people will stop supporting new and great art just because they also want to listen to the [Rolling] Stones or whoever.”