After Get Back | What happened to The Beatles after that rooftop concert?

Dig deeper on the new Beatles documentary on WJCT 89.9FM 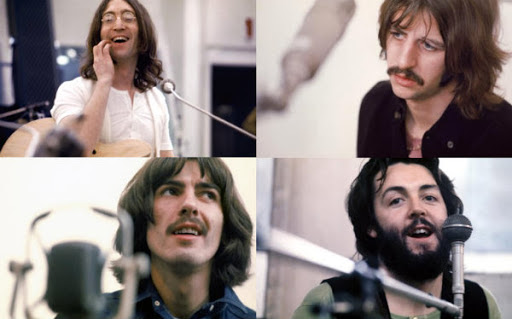 If you’re a Beatles fan or even just a regular user of social media, you’ve probably heard the buzz around the new documentary The Beatles: Get Back.

Over the course of more than eight hours, Peter Jackson’s film documents the tumult, joy and creative breakthroughs as The Beatles worked their way through the recording of Let It Be and plotted a public performance. It might be the most talked about music event of the year––maybe of the decade.

The Jacksonville Music Experience and WJCT Public Media digs deeper on Get Back, airing After “Get Back”- The last year in the life of the Beatles on Sunday, December 5 on 89.9FM.

Featuring commentary from writers Steve Turner, Mikal Gilmore, and Ann Powers, and musicians Shawn Colvin, Richard Goldman, Jon Spurney, and David Gans, After “Get Back” take listeners on a month by month journey from the end of January 1969 to the April 1970 official break up of The Beatles. In that time, The Beatles face legal disputes between each other, solo endeavors, and pull together to make their last recordings that come out as Abbey Road.

If you’ve watched the new documentary, After “Get Back” is the perfect corollary to the film, answering fans’ questions about “What happened after the Beatles rooftop concert that ended the Jackson film?”

In this article: 89.9FM, After Get Back, David Luckin, Get Back, HD3, JME, Let It Be, NPR, Peter Jackson, prx and The Beatles