Jacksonville, Fla. – October 18, 2021 – WJCT Public Media announced today that the Arthur Vining Davis Foundations has awarded a grant of $500,000 to its Local Journalism Initiative, aimed at strengthening local news reporting in Northeast Florida. Other organizations, such as the Florida Blue Foundation, VyStar Credit Union and the Community Foundation for Northeast Florida have also made commitments of support for the initiative, along with individual donors. To date, the initiative has received more than $1 million in grants and pledges of support.

Michael Murray, CEO of the Arthur Vining Davis Foundations, said: “The need for high-quality local journalism in Jacksonville and across the United States is greater than ever. WJCT and the network of publicly owned and supported media outlets have the infrastructure, reach, and talent pool to address this need immediately and cost-effectively. The Arthur Vining Davis Foundations is therefore very pleased to be able to partner with many other supporters in the community in making this strategic investment in Jacksonville Today.”

“This is an important milestone in our work to play a more vital role in bringing local news and information to everyone in our region, and to do so in the place where more and more of us get our news: online,” said WJCT Public Media CEO David McGowan. “We know that high-quality, non-partisan local journalism is vital to our civic life as a community, and we are very happy to have the backing of the Arthur Vining Davis Foundations and other community partners as we build out this new service.

As part of its commitment to expanding its local news capabilities, WJCT Public Media has also appointed Randy Roguski as senior news editor. Mr. Roguski was previously the metro editor at the South Florida Sun Sentinel, leading investigative coverage that won the 2019 Pulitzer Prize for public service for reporting on the mass shooting at Marjory Stoneman Douglas High School in Parkland. He has spent more than 35 years in reporting and editing positions in Illinois, Iowa, Missouri, Ohio and Florida.

“Randy’s experience and news judgment are a welcome addition to WJCT News. Along with our recent hiring of reporters and the additional positions we’ll be filling in the coming year, it’s exciting to lead our newsroom’s expansion as we rise to meet the information needs of our community on multiple platforms,” said WJCT Editorial Director Jessica Palombo.

To learn more about the Jacksonville Today newsletter and subscribe, visit jaxtoday.org. 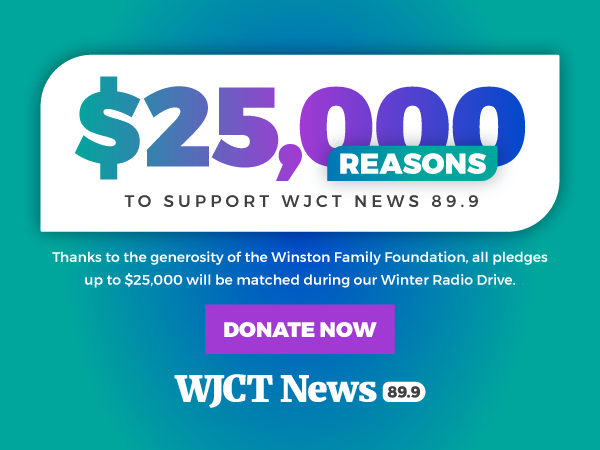